The Many Faces of Rich Uncle Pennybag: Monopoly for the Digital Age

Rich Uncle Pennybags – the bowler-hatted man who presides over the Monopoly board – is everywhere. From the popular board game in its physical format, to the 21st-century versions existing in the digital world. Since 1937, Monopoly’s influence has spanned far and wide, and there has never been more incarnations of Monopoly, or ways to interact with the board game, than ever before.

Monopoly first began causing Christmas rifts between family members who hoarded hotels in 1903, when it was developed to showcase the negatives of the monopoly system. Or, how bad it could be if one person owned everything – which is what tended to happen as the game progressed. The game highlighted the luck of the dice as a factor in some people achieving property success, and others constantly landing on Chance cards. The Parker Brothers took the educational tool and turned it into a very popular board game, choosing landmarks familiar to the geographical region the player resided in.

The digital age has brought with it the chance to try to become a property tycoon is a vast amount of ways – branching out from the classic physical board game. Players can download the classic Monopoly app and play from their smartphone – playing against friends or other people online. Following the success of the digitization of other popular board games (e.g. Words with Friends), developing a modern way to interact with Monopoly gives newer fans the ability to interact in a way that suits them.

The business aspect of Monopoly has also been adapted using modern tools. While re-mortgaging properties and making informal deals has been standard for the board game, Monopoly Tycoon for the PC, released to critical acclaim in 2001, allowed players the chance to dabble in the businesses of property trading in a city through the 1950s to 2030s. Monopoly can even be interacted with in a way that focuses on the chance aspects of the game. Combined with the strategy to use the luck to your advantage, Monopoly has been transformed into a slot game with the familiar symbols – the boat, dog, shoe, hat and car –finding themselves on the reels. While the exact gameplay varies, the essence of what makes Monopoly so successful – the element of potential in every turn – remains.

The first Monopoly game was released in 1985 for PC and allowed users to either play against the CPU or to take turns with multiplayer mode. Sega jumped aboard the Monopoly bandwagon in 1991, and in 1995 a Macintosh version utilised the growing 3D technology of the PC and showcased the pieces moving by themselves, quite the technological marvel for its time.

2009 gave us Monopoly City Streets – which collaborated with Google Maps to create a Monopoly board and game around where the player lived. Much like 2016’s Pokémon Go, the game featured both live interaction with the direct environment, and a social aspect that used other players’ journeys to affect the outcome of your game. However, the project may have been slightly ahead of its time and didn’t work out as well as developers hoped it would.

There was even talk of a Monopoly-themed film back in 2008 to be directed by Ridley Scott. By 2012, with slow development, the project was let go by then-developer Universal, and picked up by Emmett/Furla Films. The film was to be released alongside live-action versions of Hungry, Hungry Hippos and Action Man. In 2015, Hasbro revealed that Lionsgate were in development of a family-friendly action adventure Monopoly film – though as yet the production has failed to materialise. It’s no surprise that the Monopoly film is dodged by filmmakers, given the lack of success of Clue (1985 mystery based on Cluedo) and Battleship (the 2012 action adventure starring Liam Neeson and Rihanna).

Fans can even interact with Monopoly through what they eat. Every spring McDonalds run a campaign based on the Monopoly board. Players are given stickers to peel off with every meal and are in with a chance of winning. Prizes – like the Monopoly board’s own prizes – range from an extra bag of chicken nuggets to a car, holiday, or even cash. The pull of Monopoly could even be argued to be responsible for the massive increase in profits the fast-food giant reports in the period.

Not content with stopping at dominating the world of gaming, Monopoly has even taken hold of the way we speak. “Uncle Pennybags”, “get out of jail free card”, and “Do not pass Go. Do not collect M200.” are all phrases universally understood to mean someone wealthy, a quick fix for a bad situation, and having a bad situation thrust upon you respectively. The way in which Monopoly terminology has entered the mainstream way of speaking, and will continue to for generations, shows the clever game the company have played in order to keep the board game a part of life – in whatever way they can.

The future of Monopoly is likely a golden one – and possibly one that incorporates modern VR technology. Perhaps they’ll even revisit the Monopoly City Streets game following Pokemon Go’s massive success. Fans are clearly eager to connect with the board game still after all these years. Monopoly developers realised how Monopoly needed to be involved in the digital sphere, and in the pattern of the game’s development over time, rose to the occasion and ensured that new and old fans alike would be able to interact with the game in the way they felt comfortable. 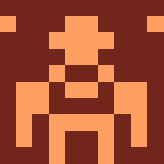 Greg loves all things digital and has been a passionate writer about technology, gaming, VR and AI for 5 years.