For pro-wrestling fans, fall brings about a few very important events. Survivor Series, A vague glimpse into what the following year’s Wrestlemania will look like, and the release of WWE’s annual video game. While having a few side projects in the past, and mobile games for those of us who prefer our DDTs on the road, the WWE 2k series has been the go-to wrestling game for the past few years.

To say that they were underwhelming was an understatement. From missing game modes to graphics that remained untouched for years, WWE 2K wasn’t always the gem that this game could be. In fact, for what it’s worth, WWE 2K18 is the best WWE game of the series, which may not be saying much, but it’s a foundation for what is going to have to happen down the line. The most obvious improvements would be the graphics of the game. Entrances and overall appeal have increased with more personality in this year’s game, and with a playable roster of over 140 characters, each model looks, plays, and even has the mannerisms of the superstars of the WWE. There are still very small noticeable errors, certain strikes and moves are very mundane and are copied throughout different superstars, which can make the game feel slow at times.

Along with the largest roster in any WWE game, not including DLC, players also have access to community creations, which are new superstars made by others playing the game. A high-point of each game, some creators put in hours to create pro-wrestlers that are not in the company, expanding the game past just the WWE Universe, giving the 2K universe of wrestling a look of its own. There are also novelty characters, like Batman, Pikachu, and the Power Rangers, to name a few. All of these characters are free to download and can be used as soon as they are saved to your system. Who can honestly pass on John Cena vs. Deadpool, right? All of these characters can be used in the standout 8-man matches, another add for this year’s game. These matches are very chaotic but do call for a different style of gameplay. The ladder match also got an overhaul with how players have to retrieve the briefcase. These small changes do make players think a bit more than just randomly grabbing and throwing whoever is closest.

Customization suites for superstars, arenas, titles, and even custom matches all have returned with some minor improvements. You can change most parts of the playable game, and combined with the universe mode, you can style this game based on more than a few generations of wrestling. The biggest game mode of all is the MyPlayer career mode, which is almost a tad bit too realistic. WWE fans know it’s not uncommon for superstars to go unused or underutilized for months on end, only to end up on TV for a quick storyline, and vanish again. MyCareer mode reflects that in an odd way; it allows you to live out the dream with a superstar, albeit slowly. The career mode will call for you to be put in concrete storylines that the game provides for you. Other than that, you’ll be walking around backstage talking to other WWE superstars, finding side quests to do in the meantime.

These side quests will allow you to become either a “fan favorite,” or a “company man,” each with their own slew of advantages. You can even work on being both, and jump between what advantages you need for that week. The main storylines also fluctuate in difficulty and come with objectives for certain matches. While progress is made, this mode goes on for years (in-game, not real), and with two shows, and with two separate rosters to climb through, the game offers just enough for players to always be compelled to see what comes next. Championships are won almost on a whim, and time in-between storylines are best spent improving your superstars’ attributes and figuring out boosts to use for the next challenge the game puts in front of you.

There’s also the very limited interactions that you have with other superstars. Most of them are totally out of character. Nikki Bella may think you’re a bust and not worth the company’s time, while Luke Harper, of all people, might tell you to work on your appearance. More notable names, like Shinsuke Nakamura, The Rock, and Bray Wyatt, will be totally in character when you talk to them and made lead to a whole new storyline. You can also use promos to drive your point home in the MyCareer mode. Promos are moments in the ring or backstage where superstars are able to talk live on-camera to pick fights, state claims for championships, or earn respect from the audience. While some of the promos are cheesy, the mode serves its purpose. Although it does just seem like reading comprehension, players will want to string together a decent promo to score points. The true gem of this game is the online multiplayer. The “Road to Glory,” mode allows players to take their created superstars online, and duke it out against each other to gain stars, earn boosts, and unlock items. Online modes correlate with WWE events happening in real life, which allow players to play against tough CPUs to unlock exclusive items. There is also general online gameplay, that allows for multiple-man matches that don’t require created superstars. While the wait can be long, the gameplay doesn’t seem to lag as much previous titles.

For the record, there tons of items in this game and the majority of them are locked from you in MyCareer mode. This mode was made to be a grind. You have to win matches and promo match-ups to win VP, the game’s currency, to earn loot crates for yourself. These loot crates come in bronze, silver, and gold with three, four, and five items inside respectively. Items such as clothing, in-game wrestling moves, boosts to use online and even VP needed to buy other items can be revived through these crates. Overall, this game is much like pro-wrestling itself. It’s an acquired taste; the controls are still rather cumbersome, although if you’ve played any of the recent installments, you’re already used to them. There’s been no drastic change to the actual flow of the series since 2k acquired it, only opportunities to turn off staple features like reversal limits and stamina, which are more reminiscent of the Smackdown vs. Raw series. Still lacking a cohesive tutorial, players will have to spend time with the game to truly figure out how they like to play, and decide who best fits their style from there.

Wrestling fans, past or present, will be able to enjoy the game for what it’s worth. Anyone else may not even touch the title, which is a lot like the pro-wrestling today. If you still carve time out of your Monday Nights for a good german suplex, this is the definitely the game for you. The overall improvements from 2K17, huge roster, game modes, and online play will keep you busy at least until Wrestlemania 34. 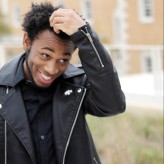