Raising the Bar: The Xbox One X

In November this year, Xbox released their new Xbox One X, an enhanced version of their console that is designed to be able to play the latest games rendered at a 4K resolution. The new version also has been further streamlined and made to look that bit more stylish with an exclusive “Project Scorpio” version available to those who pre-ordered, which is decked out with a dark gradient and green logos inscribed on the controllers.

The games list is very impressive and although it is not known whether the Xbox One X will have any exclusive games it is likely that the current games available on the console will more than placate those wishing to put it through its paces.

Games that are not fitted with an Xbox One X update or patch are still enhanced by the updated console and the benefits such as a more stable frame rate, games hitting their optimum resolution all the time, 16xAF texture filtering will be automatically applied amongst other enhancements.

There are several well-known titles that have been made available for the Xbox One X and the system is, according to Microsoft, more than a match for the PlayStation 4 Pro that was released at the end of 2016.

Assassin’s Creed Origins is one such title that tests the new Xbox One X performance to the max. The game, the tenth release in the current franchise, is set in a beautifully rendered ancient Egypt (around 48 BC) and the stunning visuals really bring a fresh approach to a franchise that was getting a bit stale. Ubisoft decided to delay the release of the game so that they could focus on the quality after poor sales of the previous installment in the series, Assassin’s Creed Syndicate.

Also available on the X is Rise of the Tomb Raider, which is another game released as part of a long-running franchise. This is the second game since the reboot of the series and is developed by the team at Crystal Dynamics. It follows the main character, Lara Croft, as she searches for the hidden city of Kitezh and the secrets behind her father’s death. Such is the popularity of the Tomb Raider series, it made sense to bring it back for the next-gen consoles and it has spawned many spinoffs, too. Betsafe, for instance, have a mobile casino slots game Secrets of the Sword, which uses the Tomb Raider theme, offering players the chance to win cash prizes; there is also the 2015 mobile game, Lara Croft Go which is a turned-based puzzle game for phones and is also available through Steam.

Another classic title to migrate across is another action game from a long-running franchise, Gears of War 4, which is a separate game from the original trilogy but which offer a viewpoint 25 years after the events in Gears 3. The game is played in many locations, with highly detailed 4K graphics that will be perfect for the Xbox One X. Like Halo 5: Guardians the games uses a dynamic scaling system to make sure that the frame rates doesn’t drop during intense scenes by dropping the resolution which is then upscaled back to 1080p. This will not be needed as much on the new Xbox One X as the system is able to maintain frame rate and resolution due to the enhanced hardware it uses.

This is all good news for gamers who will be hoping to get their hands on the Xbox One X in the coming months and try it out with their favourite games. If Microsoft are to be believed, they will notice the difference. 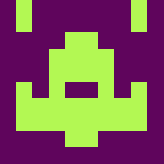 Ben is video gaming fanatic with a particular interest in retro games and consoles.