With Halloween lurking around the corner, we here at The Young Folks feel that this is the perfect time to roll out the red carpet for our favorite Halloween movies of all time. So without further ado and in no particular order, I present to you a list of Halloween movies that you should be watching/re-watching this Halloween (with a bowl of popcorn and a friend whose hand you can squeeze, of course).

“For someone like myself, who hates getting scared, it’s not easy to pick a favorite Halloween movie. However, Hocus Pocus is probably the ultimate Halloween movie. I mean, there’s no serial killer, or terribly scary moments but no other movie gets me in the spirit of Halloween quite like Hocus Pocus. I know it seems childish, but do you know anyone who would let Halloween season pass without having a night in with the Sanderson sisters? I didn’t think so. Whenever this movie is on, I know Halloween is just around the corner.” – Cachie Gonzales 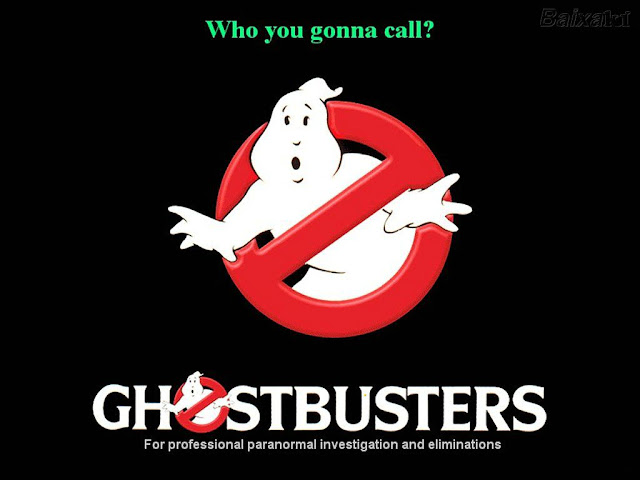 “I’m not much of a horror film fan, but my favorite Halloween movie has to be ‘Ghostbusters’. Not only because it shows ghosts, demonic spirits from another dimension, a giant Marshmallow Man and…Slimer, but because it combines the supernatural and horror themes with light comedy in a way that makes it entertaining to watch. Good, scary comedy if you will.” – Cristina Moreano

“Because out of all horror movie villains, a psycho wielding a giant knife–Michael Myers– is the most realistic, therefore scarier. And. That. Music.” – Melissa Berne

” The original Halloween is my favorite scary movie and October tradition. It was the first scary movie my mom allowed me to watch, just because she loved it too, and to this day, I still get the creeps when I hear that little piano melody. Or see any man wearing a white mask. It’s the perfect mix of horror and suspense and I’ll never get tired of it (the re-makes and sequels are another story…)” – Michaela Nardo 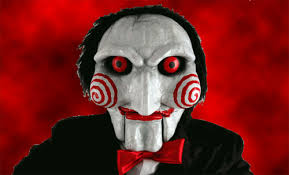 “My fave Halloween movie (I hate Halloween movies tbh lol) would have to be Saw. The first 3 actually. I never really liked horror movies, but once I got the chance to rent the trilogy I deeply enjoyed them, the whole backstory with Jigsaw, how he planned everything since the beginning and why he chose the people he did to be part of his crazy games. It was the first horror movie that made me watch more of the genre without being extremely scared (which I usually am). “Make your choice”. – Luciana Villalba 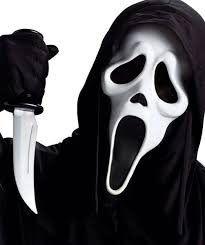 “Scream is one of my favorite films/series to watch around Halloween (or, you know, all the time). From the minds of Kevin Williamson and Wes Craven, Scream is successful in simultaneously being a slasher flick and a very self-aware 90’s teen movie—one of the best, I’d say. I love it all—Sidney’s family drama, the awesome reveal of the killer(s), and especially Randy’s horror movie rules. Scream provided the inspiration for several parodies (the Scary Movie series) and was even referenced in the scary episode of Boy Meets World (“Ooh, I like the one with the hottie hot hot from Party of Five.” “Neve Campbell?” “Duh!”)—which is obviously the highest of 90’s praise. Most importantly, it gave us the line, “Movies don’t create psychos. Movies make psychos more creative!” – Brianna Lockhart “Evil Dead series is a cautionary tale about reading from suspicious books that look like the binding was made from the hide of a foul-mouthed, black-hearted cow. Bruce Campbell and Sam Raimi defined what people will know as “cheap campy horror” for decades to come with, not only the impressive low budget of the 1981 original, but they stepped up their game with the sequel in 1987, along with the bizarre turn of events in 92’s Army of Darkness. Each film is bloody, skin crawling, yet somehow more charming than a large amount of old Disney films. If you’ve never see these films, put them on your watch list this year. You’ll want to quote “This. Is my BOOMSTICK” until the end of mortal times.” – Evan Griffin

“It was the first film I saw that used both horror and comedy and brilliantly blended them together. Not being a huge fan of horror, the genius of this film transcends the genre to be completely different and awesomely entertaining.” – Gabrielle Bondi 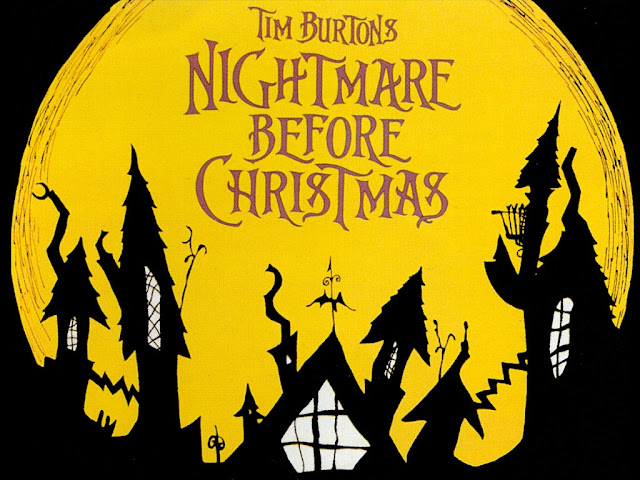 “Other than the fact that I grew up watching Nightmare Before Christmas, I’ve loved horror and thriller movies since I was twelve and could completely understand the plot of the movie. The Pumpkin King A.K.A  Jack Skellington was and is hardly a character to be feared. Even when I was younger I viewed him for what he was. Curious and adventurous. Sure, the film was a little eerie and creepy at times (especially Sally) but I feel that for persons who are brave enough to venture into the realm of horror, it’s the perfect starter. You can also never go wrong with a Tim Burton movie.”– Leigh-Ann Brodber

Being another Tim Burton movie, Beetle Juice follows the story of ghosts on a mission to gain acceptance into heaven. With comedy, light thrilling scenes and awesome characters, this movie is one of those films that needs to be in your collection of classic Halloween movies.

10. Children of the Corn

In a remote little town, harbors a religious cult children who believe that anyone over the age of 18 must be killed. Lo and behold, a couple wander into the town and find themselves trying to escape the claws of these obviously disturbed children. This film is probably one of the few horror movies that hasn’t really frightened me shitless but was more eerily entertaining.

0 0 0
Previous ArticleJon's Movie Review: Machete Kills
Next ArticleRead of the Week: How to Love by Katie Cotugno