If you sit down to watch Frozen and know nothing about it other than it is a Disney princess movie, you should already have a pretty good idea of what you are going to see. There is a formula to these movies. A few tropes Disney princess movies do not (and cannot) shy away from: music, at least two non-human sidekicks, dead/absent parents, and, of course, the princess. And there are, of course, very good reasons for all of these tropes (except for the dead parents thing, the Disney universes seem to be cruel universes, indeed). The music begets a soundtrack. The non-human sidekicks beget cuddly stuffed animals and all kinds of other merchandise for the kids. And the princess adds to the multi-billion dollar Disney princess franchise. In other words, the main driving force behind the continuing Disney princess canon: $.

That is not to say the only driving force behind these movies is money. There is obviously a lot of love and creativity that goes into movies like Frozen. But the creative team behind Frozen was clearly working with a template handed down from the Powers That Be at Disney. This time, luckily, the results were good. Disney, in the past, has been somewhat notorious for its executive meddling, stifling creative visions in favor of a strict, and insanely lucrative, business model. If anyone can scare up a copy of the documentary The Sweatbox, its a fascinating look into this dynamic at Disney Animation in the 1990s.

So in Frozen you’ve got the music, the non-human sidekicks, the dead parents, and the princess. Check, check, check, check. And I feel I cannot stress enough how lucrative the Disney princess franchise has been for Disney. Their website already offers Frozen dresses, accessories, a light-up wig, boots, lunch boxes, dinner plates, and luggage. This movie was made to make your daughter want, nay, need a $70 Frozen deluxe fashion doll set. While there is something immediately unsavory about that thought, it really should come as no surprise to anyone who has seen a handful of these movies.

Disney is so much more than its Animation Studios, people tend to forget that. They are a giant, image-obsessed corporation that has been micromanaging their brand for decades. If you look at the Disney Company as a whole, they are more corporation and marketing than movie studio. Moreover, they are very good at what they do. That being said, as I was watching Frozen, I couldn’t help wondering how this marketing would play out.

If anyone believes that the reason for Disney making The Princess and the Frog, their previous princess endeavor, was anything other than adding a black princess to their line of lunch boxes, well, you’re pretty naive. Although, I do feel people are a lot harder on that movie than they need to be, but that’s a story for another day. The marketing ploy in The Princess and the Frog being so transparent, I couldn’t help but wonder what angle Frozen would take to distinguish Anna from the other princesses. From what I can tell, there really was no angle.

Maybe I am placing too much emphasis on aesthetic, but you cannot discount the look of the princesses as being integral to their marketing. For any non-white character, their ethnicity is usually enough to distinguish them from the other princesses. For the white characters, their hair color tends to distinguish them. When they have the same hair color and are white, their dress color seems to be the distinguishing factor. I don’t think the dresses do much, though. I can’t help but feel Aurora is one of the least popular princesses because she looks like Cinderella. From what I can tell from the Anna merchandise on the Disney website, it seems they are trying to play up her somewhat muted hair color as redder than it was in the film, as well as playing up her double-braided hair. But, honestly, she does not look so different from Rapunzel. And when Anna is rendered as a 2D character to blend in with her elder princesses, I imagine she will kind of blend into the background.

This is not helped by the fact that Anna is the less compelling, and less aesthetically memorable, of the two female leads. I think this may be the first time in a Disney princess movie when another female protagonist equals the lead. Elsa is in the movie about as much as Anna, and her bleached blonde hair and sparkly dress makes her more aesthetically striking them Anna, who wears a parka most of the movie (I know I just downplayed dresses, but they’re still a factor in all of this).  Moreover, Elsa is arguably the more compelling of the two sisters. Her struggle to deal with her powers is much more complex and nuanced than Anna’s mission to save her. I honestly would not be surprised if, over time, Elsa becomes the “princess” of this movie. In this respect, the movie fell a bit short.

Disney Has Heard Your Complaints

Something else that has been integral to Disney’s evolution of the princess model since the early 1990s, Disney has usually found a way to address criticisms lobbied against the princess franchise to varying degrees of success. After The Little Mermaid was released (mind you this was more than a decade before Disney found a way to market the franchise effectively) there was a lot of criticism about how so many Disney villains were female. Did Disney think only women were evil? Cue Gaston, Jafar, Scar, Ratcliffe, Frollo, Hades, Shen Yu, and Clayton, in that order.

Being able to address criticisms in earnest is an important way for Disney to grow its princess brand and stay relevant. So what criticism did Frozen address? As far as I can tell, the movie tried to subvert the idea of “the One.” Recently, there has been a lot of criticisms about the way Disney princess movies give young girls a warped sense of reality and create unreal expectations for love and relationships. Frozen, through a painfully on the nose musical number, subverts this trope and effectively replaces “the One” with “the Actual One”…hey, I didn’t say Disney was particularly deft as addressing these criticisms, just look at that sequential list of male villains.

But I think Disney has toyed with the formula enough to please Joe and Jane Public, and Frozen is genuinely a fun and compelling film. So maybe I shouldn’t bite the hand that feeds me. But some playful gnawing can’t hurt, right? 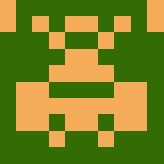