Should Paramount be Worried about Fans Not Supporting Roberto Orci? Alex Kurtzman and Roberto Orci are officially parting ways after a near decade of film making together.  The duo have been a part of highly profitable and well known franchises over the last few years including: two Transformer films,Mission Impossible III, Now You See Me, and most recently Star Trek: Into Darkness.

With their split it’s unforeseen how current projects, such as the next two Amazing Spider-man films, will be handled.  Someone has to decide who gets what kid in the divorce or how K/O Paper Projects will be accommodated when these new changes take full affect.  Though it’s doubtful there will be much drama involved since the split appears to be rather amicable.

Separate upcoming projects for the two include Kurtzman’s Venom.  A spin-off of Sony’s Amazing Spider-man franchise.  Hopefully whatever Kurtzman and Sony have planned for Venom will reap better results than Sam Rami’s version of the classic Spider-man villain that appeared in Spider-man 3.

For Orci there’s one big project that has everyone talking, Star Trek 3.  Every major movie franchise nowadays completes itself in a trilogy or at least sets itself up for one.

In the case of an epic franchise like Star Trek it’s not surprising that we’ll be getting three films. If not more.  However despite it’s already thriving fanbase sources say that Paramount is feeling a bit cautious. This will be Orci’s first solo directing gig and he’s heading one of the biggest pop culture franchises in America history.  Paramount aren’t the only ones feeling a bit twitchy at the thought.

Fans are ranging from wary to outright disgruntled over the news.  For the studio, it boils down to cash, or the potential lack of it.

While Star Trek: Into Darkness certainly didn’t bomb, It failed to out gross it’s predecessor and live up to box office predictions.  Typically a sequel makes more than it’s first film, if only because of fanfare alone. However even before the initial reactions flooded the fan boards people were already chattering with discontentment about the new film.  Namely casting white British actor Benedict Cumberbatch as Khan who was originally conceived as a person of Indian descent (and originally played by a man of color, Ricardo Montalban, in Wrath of Khan).  If the name Khan wasn’t already a dead given away as to the characters racial origins, the original casting should have been.

After Star Trek: Into Darkness‘ official release fan complaints only grew given the movie’s seemingly overbearing sexism; if only due to the positively pointless Carol Marcus underwear scene that sent a flurry of rage across the web and had screenwriter Damon Lindelof apologizing.  Not to mention the overtly militaristic tone of the movie which somewhat out of place in a Star Trek film. Racist whitewashing, sexism and a total lack of hopeful exploring?  In a Star Trek movie?  Say it isn’t so cried many a long time fan of the progressive series.

To make matters worse was Orci’s own personal reactions fans displeased outcries.  One such outcry being fans naming Star Trek: Into Darkness as the worst Star Trek movie in history.  Orci reacted by lambasted fans for their negativity and publicly arguing with them.  Strangely this has left a bad taste in the mouths of many loyal fans.  Which is not something any studio wants while in the makings of building a franchise.

After all what ultimately what makes a franchise?  Fans.  The only reason Pacific Rim was able to stand against the juggernauts that were sequels, remakes, and reboots of last summer was because it was able to create a fanbase.  Something DC and Warner Bros have struggled to do for years with their own brand of movies that don’t have the title of Batman slapped on it.

Fans don’t just buy tickets, they invite their friends, they go for multiple viewings, they tell everyone on their social media about it, they blog about it, they buy the merchandise, and if you treat them well, they keep coming back for more.

Marvel’s cinematic universe owns a lot to their fans and the casts of the movies always know it.  Or did anyone miss the epic fanfare that was Tom Hiddleston showing up at last years comic con?  If you need any solid proof of what the power of fans can do look no further than the Cinderella tale that is Firefly.  Which garnered it’s own movie all through the power of fans.  A Veronica Mars movie exists solely thanks to fans who supported the kickstarter.  If you need a more recent showcasing of fandom power take a look at last years Enders Game where the controversy over author Scott Orson Card’s homophobic beliefs led to a total bomb at the box office.

Clearly, fans have the power to make or break a movie.  Who knew? 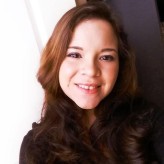