Saturday Night Live, for nearly forty years, has allowed talented comics to gain a foothold in the entertainment industry. From Bill Murray to Kristen Wiig, many comedians have been able to pursue lucrative film careers once they’ve built up a fan base on SNL. However, not all of these movies have been well-received by critics or even the public. Here’s a rundown of how five SNL stars from the 2000s have done in the film industry. Maya Rudolph is arguably the most versatile SNL cast member ever. Having played characters of essentially every ethnicity possible and even of both genders, there is no character that she cannot impersonate. Though Rudolph would leave SNL in 2007, 2006 marked Rudolph’s entry into film as a leading star, playing a sassy prostitute opposite Luke Wilson’s earnest librarian in Idiocracy. The film explored life 500 years in the future, theorizing that due to the media overload humans faced on a daily basis, the average IQ would drop significantly, so much so that the biggest Academy Award winner in 2505 is a movie featuring ninety minutes of farting.

How’d it do? Because of the semi-offensive nature of the film (in the future, Starbucks gives handjobs), Judgemental Films didn’t publicize its release in a typical Hollywood fashion. There was no pre-screening for critics, its release date was constantly delayed, and it opened in many fewer theaters than normal (130 rather than 600 or more). Idiocracy received mixed reviews as well, with critics praising the casting and the concept but criticizing the special effects and plot confusions. Though it failed to come close to making back its production budget of around $3 million, Idiocracy gained a cult following that has held strong to this day. Often dubbed “The Hangover for women,” Bridesmaids was a total game-changer in the film industry, proving that a movie starring women is not necessarily a “chick flick.” Kristen Wiig had been used to this treatment for quite some time – upon becoming the most used cast member during her later seasons on SNL, critics were quick to label her as “annoying” or “repetitive,” whereas similarly popular stars like Fred Armisen and Bill Hader were praised for their work. Eager to show that comedy wasn’t only a man’s game, Wiig and her friend Annie Mumolo set about to writing this hilarious and star-studded film about a woman (played by Wiig) who faces many obstacles after being named her best friend’s maid of honor.

How’d it do? Grossing over $25 million on its opening weekend and garnering a 90% approval rating on Rotten Tomatoes, Bridesmaids was a hit. It received praise from a multitude of critics, all of whom admitted that the film had broken the Hollywood stigma of the “chick flick” and showing that women could be just as raunchy as men. In its entire run, Bridesmaids grossed nearly ten times its $32.5 million budget, becoming Judd Apatow’s most lucrative film to date. And on top of all this, it introduced the world to a woman who would soon dominate the comedy scene with her unapologetic humor: Melissa McCarthy. Having worked on SNL for ten seasons, Jason Sudeikis seemed to take 2013 as a victory lap. His classic characters (The Devil, DJ Supersoak, the Maine Justice judge) made their rounds once more through the latter half of SNL’s thirty-eighth season, showcasing his quick wit and biting sass, but he didn’t fully reach his peak until later that summer when his movie We’re the Millers came out. The film chronicled the journey of Sudeikis’s character, David, as he attempted to create a fake family to decrease border patrol suspicions while transporting drugs into the states from Mexico. Starring other notable comedians like Jennifer Aniston, Nick Offerman, and Ed Helms, the film promised to bring the laughs.

How’d it do? Though the cast had great chemistry, We’re the Millers wasn’t well-received by many critics. Rotten Tomatoes gave it a 47% approval rate, calling the movie’s plot “an uneven, lazily assembled story.” The same could not be said by normal viewers of the movie, who gave it an average grade of A- according to CinemaScore, and it seems like this led to the most success for We’re the Millers, as it grossed over seven times its initial budget of $37 million. Thus, despite lackluster reviews, the film held strong among the majority of viewers. Perhaps best remembered as “the girl on SNL who said the f-word on camera and was fired because of it,” Jenny Slate has recently made a comeback in the comedy world. In a recent interview, Slate argued that she left SNL not due to her mistake but because she didn’t feel like she belonged, so she began to pursue other opportunities. After booking recurring roles on popular comedies like House of Lies, Parks and Recreation, and Kroll Show, Slate decided to try her hand at film acting. What resulted was a movie about a stand-up comedian who, after getting dumped and fired, has a one-night stand and becomes pregnant.

How’d it do? Obvious Child was shown at the 2014 Sundance Film Festival in January and is just beginning to be released to the general public. Though no monetary information is available yet, critics have received it well, so much so that the film has a 91% approval rating on Rotten Tomatoes, higher than any other movie on this list. Running under ninety minutes long, this fresh and relatable comedy should do well as it opens across the nation.

Best of all: Mean Girls How can you have a list of SNL stars’ comedies without including Mean Girls? This 2004 smash hit has stayed relevant over the decade since its release. Featuring a knockout cast including SNL veterans Tina Fey, Amy Poehler, Tim Meadows, and Ana Gasteyer, the teen comedy is more quick-witted and smartly written than any other film of its genre. Aside from gaining a massive cult following, receiving positive reviews from critics, and grossing over seven times its $17 million budget, the film is ridiculously quotable and continues to be that way, with “You can’t sit with us!” and “On Wednesdays we wear pink” being said daily at high schools (and even middle schools) around the country. We’ll forget the catastrophe that was Mean Girls 2 and rule this the best SNL-related film of the 21st century. 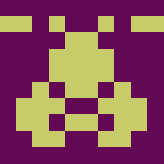