What “When Harry Met Sally” Taught Me About Romantic Comedies 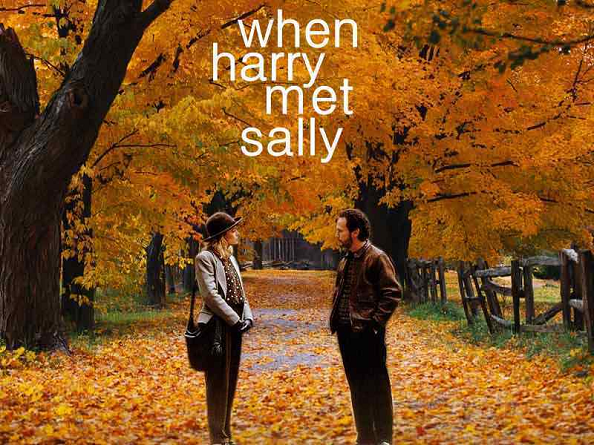 Throughout the film When Harry Met Sally, Harry makes some excellent remarks towards the nature of women and men in platonic relationships. In a way the film defined how romantic comedies begin and end through certain characters’ POVs. Here, we are given two different perspectives, unlike other romantic comedies that stick to one; for example, 13 Going on 30, All About Steve, or any Matthew McConaughey romantic comedy from the early 2000s. In most cases the females are either made too gullible or obsessive or a slightly smarter version of the male (this is only evident when her slightly more uptight sounding friends weigh in on the conversation).

When Harry Met Sally isn’t completely perfect, nor does it stand as the best romantic comedy of all time, but the emotional beats the film delivers further develop these characters. Sally isn’t your generic ditzy blonde stereotype that would complement Harry’s typical emotional guy who hides his feelings until he grows a pair, but rather Sally is given the upper hand throughout the film. She plays upon this idea that she could further indulge Harry in his advances; while Harry is more then self aware of his feelings towards Sally and Sally is a skeptic. She retains everything Harry said about the natural relationship between men and women. This is evident throughout the film. And beginning to play upon a rule you always see broken in romantic comedies, they end up as friends. 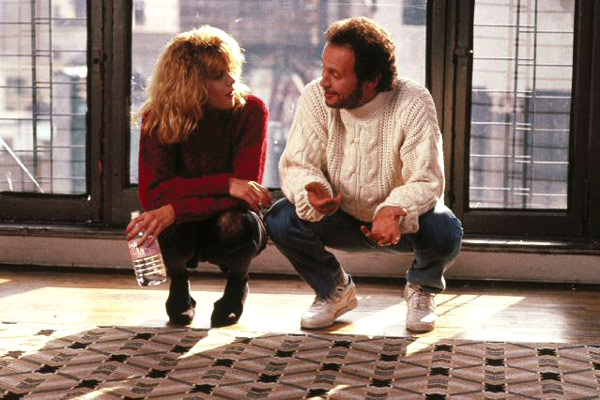 Side note: Just Friends should have changed the ending so it could play a contradiction to the self-proclaimed rule and give us hopeless romantics something to bitch about.

Unlike 13 Going on 30, where Jenifer Gardner has to go through various tropes to realize “Wow, my best friend is my soulmate,” When Harry Met Sally bounces off this notion toward whether they belong together or not. The way Sally tends to get awkward and have a moment to breathe as Harry advances at the museum is done with finesse, and oddly it brings me to my next point: chemistry. Romantic comedies have been successful, whether good or bad, due to chemistry. It isn’t like Failure to Launch where they make you believe Matthew McConaughey can get with Sarah Jessica Parker. It’s all a matter of juxtaposition. People are drawn in by an actor’s good looks. When you have two attractive leads, this notion of chemistry is then side swiped by sexually appropriate jokes that never hit their mark. Chemistry is key for the viewer because you want to believe that these people could actually be a couple in real life.

Realism oddly plays a role throughout romantic comedies. Endings aren’t exempt from this because we all know how much that ending for Reality Bites made us feel. The fact that she obviously knew Ben Stiller was right for her but chose Ethan Hawke is complete bullshit.

I’d say after When Harry Met Sally, There’s Something About Mary is the next film in the romantic comedy timeline that perfectly delivers witty humor and chemistry, though the plot does get a bit carried away.

What’s funny is that a lot of people didn’t believe Billy Crystal would have chemistry with Meg Ryan. That’s what blew me away since I saw this after other Meg Ryan films.

The humor goes hand in hand with the acting and the directing. Rob Reiner is the king, well for me, of romantic comedy (directing wise). He has a solid category of romantic films with The Princes Bride, The American President, Flipped, and The Story of Us (we can forget Rumor Has It…). But he knows how to direct his characters in a manner where they become human beings and nothing more. He’s not giving us something completely whimsical, except for the obvious one, but rather something real. In a way he makes it more accessible for the viewer to find connections within themselves.

The screenplay is also important, but more in a sense of character motives. These characters need motives or else everything would be jumbled and these actors wouldn’t really be acting. They would end up as exaggerations of one’s sad, lonely, and pathetic love life. The structure has to also be cohesive or else the way certain characters meet or how they force themselves to be in cahoots with the other lead could end in something unrealistic. Structure implies smoothness and proper transitions instead of placing certain scenes where they make sense through location but not character motives. Nora Ephron, who I miss ever so dearly, wrote the film with smooth transitions. And if the phrase “it’s a small world,” when you bump into someone you haven’t seen in ages at some random place, didn’t exist, this film would just be all sorts of creepy.

When Harry Met Sally is perfect when you want to learn about structure, directing, humor, and acting. Even if you have a short Jewish comedian and a very attractive blonde, who says they can’t be together? Think about all the other shows and instances in real life wherein a not-so-attractive guy gets the girl.

0 0 0
Previous ArticleBook Review: Gameboard of the Gods by Richelle Mead
Next ArticleHercules Retrospective: The Biggest One Yet