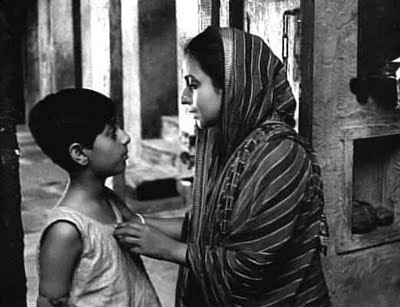 Satyajit Ray was one of the great humanists in film, a man with a generosity and an empathy that could sit comfortably alongside that of Renoir and Ozu. His Apu Trilogy – consisting of Pather Panchali (1955), Aparajito (1956), and The World of Apu (1959), each one a standalone stunner – is perhaps his greatest achievement. Tracking the eponymous Apu from impoverished Bengal youth to prodigious student, to husband, and finally, to father, the 342 minute entirety of this epic bildungsroman proves to be a transcendent, transformative experience, both for the resilient Apu and for the audience gifted the right to watch his journey. Nothing particularly exceptional happens to him – he plays with his sister, watches trains go by, copes with the deaths of loved ones, feels the tide of time – but Ray films with such poetry and regards everyone with such patience and respect, every minute, day, week, and year in this life feels immortal.