In an article published by Salon.com last month, entitled “I’m sorry for coining the phrase ‘Manic Pixie Dream Girl,’“ film critic Nathan Rabin expressed his regret for creating this pervasively used and outwardly misogynistic movie trope. Although the “Manic Pixie Dream Girl,” or MPDG, has been classified as a deeply distorted version of a modern female, forward-thinking filmmakers and writers are reevaluating the MPDG stereotype, and finding ways to humanize this cinematic dream girl.

In his 2007 review, The Bataan Death March of Whimsy Case File #1: Elizabethtown, Rabin introduced the ‘manic pixie’ into the pop culture’s consciousness when describing Kirsten Dunst’s effervescent Elizabethtown character, Claire Colburn. Rabin originally described the MPDG as a type of Frankenstein’s monster turned fantasy woman, brought to life from the depths of a depressed male writer’s brain. Rabin states that the MPDG is “that bubbly, shallow cinematic creature that exists solely in the fevered imaginations of sensitive writer-directors to teach broodingly soulful young men to embrace life and its infinite mysteries and adventures.” Furthermore, the MPDG is usually identified as being a static and simplistic character, whose personality traits are marked by her girlish quirks and eccentricities, such as playing the ukelele or singing in the rain.

After this revelation, film critics noted the ‘manic pixie’ similarities in female love interests throughout cinematic history. The notable and recent MPDGs in film include Natalie Portman’s character in Garden State, Kate Hudson’s in Almost Famous, and Zooey Deschanel’s in (500) Days of Summer. The ‘manic pixie’ archetype has also materialized in a number of classic movies as well, with the original line-up including Audrey Hepburn’s Holly Golightly from Breakfast at Tiffany’s, Marilyn Monroe’s Sugar from Some Like It Hot, and even Ruth Gordon’s eighty-year old Maude from Harold and Maude. With the numerous examples of MPDGs, there are also counterexamples that attempt to formally destroy this determined pixie. In Eternal Sunshine of the Spotless Mind, Kate Winslet’s character Clementine recognizes the MPDG trope, and explain’s to Jim Carrey’s character Joel that: “Too many guys think I’m a concept, or I complete them, or I’m gonna make them alive. But I’m just a [expletive]-up girl who’s lookin’ for my own peace of mind; don’t assign me yours.”

Arguably, Zooey Deschanel’s character Summer in (500) Days of Summer has been deemed a MPDG, although the movie can also be viewed as scrutinizing the archetype, since it shows the romantic failures of idealizing a woman, rather than accepting a woman for her very human complexities and flaws. In actress and writer Zoe Kazan’s film Ruby Sparks, Kazan’s character Ruby may be seen as the ultimate deconstruction of this trope. Although Ruby Sparks begins as a caricature of a the ‘manic pixie dream girl,’ having literally been constructed out of the mind of a depressed male-writer, this dream woman quickly becomes a nightmare as her writer, Calvin, must contend with the realities of having a girlfriend with quirks and insecurities, rather than just being a simplistic idealization.

In an interview with Vulture.com, Kazan gave her insight on the MPDG trope, stating, “[I think] it’s really reflective of the man who is looking at them, and the way that they think about that girl. Not about who that girl really is or what her personality actually is. I think that to lump together all individual, original quirky women under that rubric is to erase all difference.” In the conclusion of Nathan Rabin’s Salon.com article, he stated of his MPDG creation, “I would welcome its erasure from public discourse. I’d applaud an end to articles about its countless different permutations. Let’s all try to write better, more nuanced and multidimensional female characters: women with rich inner lives and complicated emotions and total autonomy.”

With the prevalence of modern female writers and directors in the media, such as Zoe Kazan, Tina Fey, Sofia Coppola, Kathryn Bigelow, and Jane Campion, strong and complex female characters are undergoing a renaissance as they continue to eclipse the underwritten female archetypes of cinema’s past. In the future, Rabin’s hopes of his ‘manic pixie dream girl’s’ official downfall most likely will be a wish granted by the women in film, rather than the pixies. 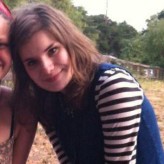 0 0 0
Previous ArticleTV Review: Pretty Little Liars 5x11 "No One Here Can Love or Understand Me"
Next ArticleNew "Young Ones" Trailer Shows a Strikingly Rugged Future