Hitting theaters today in South Florida is The Good Lie, a new drama with actress Reese Witherspoon and Corey Stoll. The movie follows a group of young survivors called the “Lost Boys and Girls,” who leave their home in South Sudan in 1983 after it’s attacked, and walk hundreds of miles to a refugee camp. Then, thirteen years later, some kids from this group resettle in America, where they are introduced to a new way of life. The Good Lie was directed by Canadian director Phillippe Falardeau, and is his first English-language feature. Margaret Nagle wrote the screenplay. Aside from Reese and Corey, the film stars Arnold Oceng, Kuoth Wiel, Ger Duany, Emmanuel Jal, Sarah Baker, and more. I had a chance to talk to screenwriter Margaret, British actor Arnold Oceng, and Ethiopian actress Kuoth Wiel. Read our conversation below.

Jana – Margaret, what was your inspiration to write about the Lost Boys of Sudan?

Margaret – Years ago, I was working selling purses and the wholesalers were from Senegal and their parents were from Sudan. They were always telling me stories about their challenges and how they adapted to the American life when they first moved to California. There was a writer opening at Paramount for this film and I really wanted it. I did a lot of research, and got an interview. When I got there, I said to them, “Here’s the movie.” I already knew we had to tell the story about these kids and their journey to get here and how it all shapes their personalities.

Jana – Arnold, Kuoth, how did you get involved with this project?

Arnold – It’s a funny story because they turned down at first!!! I was cast from London when my agent got the script and then he sent my picture to the casting director, but I got turned down because they said I was too short. I wasn’t allowed to audition for it. Then a month later, they contacted my agent and told him that they would like to see me now on tape. So, we put myself on tape, and sent it to Los Angeles, and my agent and I didn’t hear back from them for about a month and a half… I think. Then, one day, my agent called me and said that the only tape they liked in Europe was mine. So, my agent asked me, “Are you available to go to Los Angeles?” I was like, “Man, even if I’m not available, you’re crazy! I’m flying over there as soon as possible!” Then I came over to the US and I had more castings. Then, I got to meet Reese, and we cast it together, and everything came together and now you can watch the final product on screen.

Kuoth – The way I got casted was through social media, through Facebook. After checking the post, I was a little taken aback by it because I had never seen the script and they were specifically looking for South Sudanese people and/or South Sudanese actors. At that time, I was still in university at Oxford College, and I knew that doing this movie was going to be a sacrifice for me because I had to give up getting my degree. So, I decided to leave school and to concentrate to do this movie because it’s my history and my family’s. It’s the story of my country and I felt that it was a valid sacrifice for me. I don’t know… eventually, I will get to graduate.

Jana – Margaret, it took almost a decade to make this film. Why is this topic important to you?

Margaret – First, because a film is a powerful tool with a language that all people can speak and understand; it is also a great political and social tool. Second, think about it, it was children of South Sudan being bombed, walking miles and miles, drinking their own urine, living at those refugee camps waiting for life to get better, to be resettled. That’s why I never gave up, for those kids and to show the world what really happened.

Jana – Arnold, Kuoth, how was the preparation for the roles?

Arnold – In my case, it was a personal journey. My background is a refugee background, and I am a child of war, but the United Kingdon was where I grew up. I don’t want to preach, but I felt like God wanted me to do this role, you know? I was able to get closer to my dad’s culture, and I also get to honor my mom. While I was reading and preparing for the role, I remembered some things that she went through, and I put those experiences into Mamere, my character. I also did a lot of research, but most of it came from the conversations I had with Kuoth, Emmanuel, and Ger (Emmanuel and Ger were child soldiers).

Kuoth – For my preparation, I talked to a lot of women who were separated from their families when they came to the United States, which some of them made sacrifices, sent their children and stayed behind. But I drew a lot from my mother as well; she was the one who got us through everything. We actually walk from Sudan to Ethiopia and I remember getting lost from my family for a little bit. So I brought to Abital, who is the only Sudanese woman in the story, all those moments and the sense of surviving.

Jana – How was it working with Reese Witherspoon?

Arnold – It was a pleasure and honor to be next to her on set. When I found out I’d be working with Reese, I was nervous thinking I’d be on the same screen as her. But to be honest, I never thought she will have a lot of humbleness and the strength, and just her whole entity, and how great she was with me and the other cast members. She made our experience so much easier.

Kuoth – She was great…. She helped a lot on set and made us very comfortable and I’m very grateful for that.

Margaret – We decided to pick her because she’s so strong and incredible. You look at her and there’s so much going on behind those eyes, behind her mind. I just love her work and she’s just perfect for this role. Even when I picked the name Carrie for her character, I went, “That’s a good name for Reese.”

Jana – Margaret, can you talk a little bit about The Good Lie fund?

Margaret – Of course I can. The Good Lie fund is a nonprofit organization that works together with UNICEF in raising money for humanitarian aid efforts and resettlement programs for South Sudanese children. You can contribute at www.thegoodliefund.org. 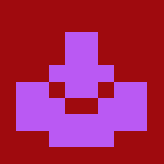