Was ‘Jurassic World’ Actually a Genius Commentary on Blockbusters?

But ‘film, uh, finds a way.’ And as a massive Jurassic Park fan, while watching Jurassic World I think I reached a point of wanting to find a silver lining so bad, I actually kind of found one.

Because while Jurassic World is a big ol’ blockbuster, it might be disguising one hell of an ingenious, meta commentary on the film industry’s money-fueled obsession with quantity-over-quality blockbusters.

I went into World with hopes at rock-bottom low. This movie seemed like it was going to be less self-aware than the dinosaurs were when the meteor wiped them out 65 million years ago. (Too soon?)

I mean, “Let’s have the first custom dinosaur we make be the most ultimate predator ever!” Great plan.

So it was already impossible to watch the adorable kid at the beginning of this movie without grumbling, “You’re gonna get eaten faster than this movie ate my childhood.”

But then? This guy shows up.

This dude, played by the love of my life Jake Johnson (New Girl), is in the control room of the park, wearing a vintage Jurassic Park t-shirt at his desk covered in dinosaur toys.

But he’s not just a nostalgia billboard. Because his first line? “That original park was badass. They didn’t need all this genetic enhancement–they just had dinosaurs.”

This gruff, “back-in-my-day” guy is to Jurassic World what the stoner dude was for Cabin in the Woods–a self-aware voice of reason who wasn’t so much even a character as he was a fanboy of the original franchise.

So I started thinking–if they have enough mind to throw in this meta commentary, what else are they going to weave on in there?

Well, look at the park itself.

Besides the obvious play on the monopolies of Disney and Sea World, very real companies sponsor every inch of this damn place.

What at first seemed like a really convenient way to get away with product placement feeds into a bigger overarching theme summed up by this Jeff Goldblum quote: “You were so obsessed with trying to figure out if you ‘could’ that you never stopped to think whether or not you ‘should.’”

Which leads us to the I-Rex.

In Jurassic World, the I-Rex is created purely to bring in more visitors and more money. We’ve already pioneered the science–now we’re just letting our scientists be chemistry bartenders mixing DNA cocktails together to see if something cool comes out.

The humans running the park have become overconfident in their ability to control it as a money-making-machine. In this way, it becomes a commentary about how in our world? Things are done for money with no real regard for quality.

Kind of like, drum roll, the way big Hollywood remakes are done today.

The I-Rex is the literal embodiment of this clashing of past classics and present commercialism. Just like the I-Rex came from humans tampering with pre-existing nature to bring in bucks, Jurassic World tampered with classic films to bring in bucks.

And take the red-haired ice woman, Claire, who magically runs through the forest in heels the whole time. She could easily be a stand-in for the stereotypical Hollywood hack who doesn’t give a shit about whether or not a blockbuster remake is going to be good or if people are going to enjoy it. She only cares about two things: the number of guests and the number next to the dollar signs they bring in.

Even the way the film was made seems like it’s poking fun at blockbuster culture. The hilariously gratuitous violence, a Michael-Bay-worthy level of explosions and chaos, the line, “It speaks raptor!” Everything was over-the-top to a parody level…and maybe that was on purpose. Maybe it was a metaphor for, “Look at all of the batshit insane stuff we can throw in here and still make money with!”

And with this movie breaking the all-time box office record? That metaphor was proven.

So maybe this wasn’t a big dumbface blockbuster. Maybe it was actually a meta commentary about how ridiculous it is that we mess with great movies without any consideration into carefully making them awesome rather than just throwing them into the money-making test tube and seeing what monster comes out.

…or maybe I’ve thought about this way too much and it’s just another summer movie.

I’ll leave it up to you. But personally? I’m now looking at this movie, stroking my chin with a raptor claw and saying, “Hmm…clever girl.” 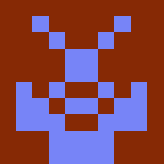 Carlyn Hill graduated Indiana University in 2013 with a degree in Psychology and Telecommunications. She is currently using her Psych degree as a coffee coaster while working as a freelance writer, graphic designer, and podcaster in Chicago. Her writing has been featured on sites like screenmag.com, thesixthirty.com, blackgirlnerds.com, and you can hear her sensual voice nerding out about Game of Thrones on the “You Got GoT” podcast. When she’s not writing, you can find her in her cave of a room with her boyfriend, Netflix.