You would be hard-pressed to find someone who doesn’t know, or never heard of Kurt Cobain. It is a name synonymous with not only ‘90s grunge music, but music culture as a whole. He died the year I was born, yet I grew up listening to him, watched him on TV and I even own his journals. He was a God to thousands of people, but at the height of Nirvana’s reign, he was found dead of a gunshot wound to the head –– it was determined to be self-inflicted. At 27 years old, he joined an infamous club of rock stars dead before their 28th birthday.

If you look at just the surface of the case, suicide seems realistic –– he was a drug addicted, angsty singer whose own wife said he was suicidal –– but over the years, (starting in 1994 when he was found dead) there has been a ton of speculation that the famous singer was in fact murdered.

Cobain had a huge influence over Generation X, and when he died, fans started killing themselves in his honor. To date, there have been 68 known copycat suicides as a result of the possible misruling that he killed himself.

Soaked In Bleach is a documentary directed by Benjamin Statler that aims to finally uncover the truth behind the problem-ridden investigation of Cobain’s death. Through interviews, taped conversations and dramatizations, the story is unfolded.

In 1994, Courtney Love hired private investigator Tom Grant to find her husband who she claimed was missing. From Grant’s first conversation with Love, he saw red flags, so he made sure to heavily document every interaction concerning the case, which has accumulated to several hours of recorded conversations.

It was a dark and terribly rainy night (like most in Washington state) when, along with Cobain’s friend Dylan Carlson, Grant searched his home for a shotgun that Love was concerned he would use to hurt himself. When nothing turned up, Grant asked Carlson if there was anywhere else in the home he should look. Carlson said no. When his body was found in the “greenhouse” above the garage, Grant was shocked that no one ever mentioned that space to him before. The heavy rain caused it to be completely obstructed from Grant’s view.

After Cobain was found dead, Love immediately started telling the press that he had been suicidal for some time and that a recent overdose in Rome was actually a suicide attempt and not the accident they originally said it was. Max Wallace, investigative journalist and co-author of “Love and Death: The Murder of Kurt Cobain,” contacted the doctor that treated Cobain in Rome and he “categorically denied” Love’s allegations.

Like a lot of music buffs, Nirvana fans often over analyzed Cobain’s lyrics trying to find the deeper meaning behind them, so when he died, they felt they could easily pick out certain lyrics that pointed to suicide.

However, in several interviews, Cobain says his lyrics are actually not that deep. “A lot of times when I write lyrics, it’s just like the last second cause I’m really lazy and then I find myself having to come up with explanations for it,” he said in one interview featured in the film.

The people who knew him best said he was definitely not suicidal and pointed out that in a January 1994 interview with Rolling Stone, he said, “I’m a much happier guy than a lot of people think I am.”

So why did Love try to push that he was so suicidal? Did she have something to do with his death? If she was responsible –– either directly or indirectly –– what would she have gained from it? It was revealed that Cobain had filed for divorce and if it had gone through, she would get only a small settlement as a result of their prenuptial agreement. Since he was dead before the divorce was finalized, she co-inherited an estate that is worth possibly more than $1 billion in future royalties. (According to Wallace.)

“All publicity is good publicity to a certain degree,” Love said in one conversation with Grant when talking about planting a story that she overdosed to make Cobain come out of hiding. “I have a record coming up, so you know, selfishly, it would help sell records.” Would the death of her husband help sell records, too?

The Seattle Police Department is highly at fault here. Different reports state different findings of the scene –– originally the reports said there was a chair across the room while another one added that it was barricading the door from the inside –– and crime scene photos were never developed to confirm or deny the reports. (The photos were only developed three months after the documentary was filmed.)

“The decision to rule the case by police the same day and make a public announcement that this was suicide, is not the way good police agencies would function today,” said Dr. Cyril H. Wecht, forensic pathologist and former president of the American Academy of Forensic Science.

Cobain was cremated six days after being found, and after waiting 30 days to fingerprint the shotgun, the police then gave it to Love so she could melt it down. They also allowed the garage to be torn down. Any evidence that could be recovered is gone.

But the most highly questionable finding is that Cobain had three times the lethal limit of heroin in his system at the time of his death. It is highly unlikely he was even conscious at the time, let alone able to lift a gun and pull the trigger.

“If you want to get away with murder, you kill a junkie,” said Wallace, quoting an FBI expert. “It’s the perfect crime.”

Negligent media coverage is also to blame. It’s really no secret that reporters often interfere with investigations because when certain information is out there, it’s hard to convince people otherwise. Whether the media was getting their information from Love or other unreliable sources, they were only fueling the fire that a rock star had killed himself.

Us Magazine ran a quote that they claimed was from the suicide note, however, it was not. Grant suspected Courtney gave them that false information because that is what she wanted people to think.

Rosemary Carroll, Cobain and Love’s entertainment attorney, worked with Grant behind the scenes because she was also quite skeptical of the situation. She provided Grant with Love’s backpack, which she had left at Carroll’s house. Inside, they found what looked like a sheet of practice handwriting.

“I think someone went through his notebook, found passages that could plausibly be cobbled together to a suicide note and traced them,” Carroll said, though she later denied ever helping Grant (despite the fact that their conversations were recorded).

To me and to the dozens of people interviewed in the documentary, the evidence seems to overwhelmingly point to Love, but no further investigation has been conducted.

So the question remains, who killed Kurt Cobain?

Soaked In Bleach is available on Netflix. 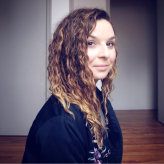 Medea is a senior journalism major at Hofstra University. She is a pop culture and reality TV show enthusiast. Besides writing, editing and reading, she likes good music, good food and good coffee.