I have been a fan of Lana Del Rey ever since Video Games was released on YouTube, and let me say she has done it again. In her new single ‘Ride’, Del Rey brings all the typical vintage “who wants to take a guess on what’s going on” aspects as she does in all of her videos.

This ten-minute video premiered Wednesday night at the Aero Theatre in Santa Monica, California, for an audience filled with Lana’s fans. Directed by Anthony Mandler, and written by Del Rey herself, we see her wondering lost and hopeless in different scenarios with different men. Del Rey starts and ends her video with her usual sentimental touch by reciting poems she has wrote. This is the first single from her new album Born to Die: Paradise Edition, which will be out November 13th in the USA.

What do you guys think?!? 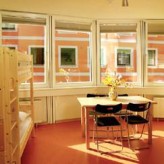 0 0 0
Previous ArticleCIFF '12 Reviews: 'The Central Park Five' & 'Something in the Air'
Next ArticleTV Review: Catching Up with 'The New Normal'