After a contentious lawsuit and a relocation to Japan, Poppy has returned with Am I a Girl?, a year after releasing her first studio album. After rising to fame off of her bizarre YouTube clips while collaborating with Titanic Sinclair and a brief stint working as a model for the Japanese company Sanrio, Poppy has begun to establish her legitimate aspirations to become a studio artist.

The album features fourteen tracks including collaborations with Diplo in “Time is Up” and the producer of Lady Gaga’s Born This Way album, Garibay, in “Aristocrat.” Evolving from simple, kitschy pop tunes like “Chic Chick” and “Iconic” to heavy metal in “X”, Poppy maintains her mechanical and robotic vibe that stems from her YouTube personality via the prevalent use of synths. Hidden within the meat of the album are messages of female empowerment and opposition to gender roles and the gender binary.

The album’s first track is jarring, to put it lightly. “In a Minute” begins like any cliché synth pop song before transitioning into a rebellious, alt-pop pseudo-feminist lyrical mess. It’s abhorrent in every aspect possible: the song has no shape, the lyrics are repetitive and Poppy intentionally sings in a grating Valley Girl accent. However, “Fashion After All” delivers the intended feminist message of “In a Minute” through an appealing 90’s/2000’s club beat and catchy chorus.  The song occupies the tamer side of the album, resembling a typical house composition, while still conveying the communiqué of female empowerment by touting female autonomy. Poppy nails her own emulation of a 2000’s club track; it’s addictive. “Iconic” strikes a perfect medium between the two previous tracks: its lyrics are inoffensive with no pertinent relevance to the message of the album while still maintaining the elements of a catchy synthpop track. Ironically, the title “Iconic” is completely nominal as the song is the blandest of the whole album.

If I were ascribing the “iconic” label to any song from Am I a Girl?, “Chic Chick” would win by a landslide. “Chic Chick” is the true pinnacle of the album, even beating out the title track. Empowering and captivating and deceptively simple, the song hits the mark on feminist artistry. Predictably, Poppy’s collaboration with Diplo in “Time is Up” is equally as sturdy, marking the album’s emphasis on Poppy’s cyborg persona. The track is at a perfect equilibrium between the artistic styles of Poppy and Diplo and distinguishes itself from the other layers of the album. On the contrary, “Aristocrat,” Poppy’s collaboration with Garibay, is a tacky satirization of pre-revolutionary France that cheaply fulfills Titanic Sinclair’s promise of “French culture” being incorporated into the album; “Hard Feelings” and “The Rapture Ball” also fit into this category.

The title track is another highlight of the album with a solid chorus and meaningful lyrics. Poppy does a brilliant job tearing down gender stereotypes and enacting a rhythmic representation of gender dysphoria. Lyrically, “Am I a Girl?” is the most developed of the entire album. “Girls in Bikinis” works similarly lyrically, as a protest against the gender binary. “Play Destroy” and “X” make feeble attempts at fitting into the gender-based theme of the album but ultimately fail. Taking into account their grungy tones, neither fit well into the scheme of the album, “X” being the guiltiest of the two. The two interludes also narrowly contribute to the album with mechanical and robotic sounds that try to appeal to Poppy’s cyborg persona.

In all, Poppy’s album is disappointing. With only a few gems like “Chic Chick,” “Fashion After All” and “Time is Up,” the majority of the album features lyrically lazy and unappealing tracks that contribute nothing to the structure of the album. The tracks that work, work very well, while those that don’t detract from the core message of the album. At the very least, I commend Poppy for trying to convey a positive and progressive message that I’m sure a plethora of other artists wouldn’t even dare to attempt. 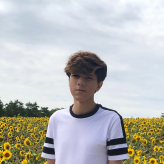