Growing up, the 1990s was my favorite decade of rock music. How could anybody deny a decade pioneered by artists like Nirvana, The Pixies, Red Hot Chili Peppers, and Smashing Pumpkins? But within the last four or five years, my attention has shifted towards the 2000s. One of the most defining rock bands of the 2000s has to be none other than The Strokes.

The Strokes are one of those bands that have always been in my life, even if I didn’t really notice. One of my first distinct memories of them was playing “Reptilia” on Guitar Hero and Rock Band back in 2008. Technically speaking, they were in my life before that, going all the way back to the brief appearance of “When It Started” in the very first Sam Raimi Spiderman movie.

I’ve always enjoyed The Strokes and what they brought to the table. However, I never did a true deep dive until back in 2016. That deep dive started with their debut album Is This It. Despite the album being 15 years old at this point, I still found it to be unlike anything I had heard at the time. This was coming at the beginning of a decade that would prove to be a strong shift in the indie rock scene and give rise to bands like The Killers, Franz Ferdinand, Interpol, and Arctic Monkeys.

The Strokes are five friends who all have rich parents that were able to afford to send them to various fancy private schools in New York and Switzerland, but you probably wouldn’t get that vibe from looking at them right away. I’ve always thought that The Strokes nailed the idea of being ‘effortlessly cool’. Y’know, as if not caring about their image is what helps their image. You can read any interview with these guys, and you can tell that they value much more in life than being cool. Life isn’t about money or fame or girls for these guys. It’s about having a good time and putting on a show for the people.

The Strokes had a very specific vision for how they wanted their debut album to turn out. The lead singer, Julian Casablancas, had what he called a ‘raw efficiency’ that their sound would be based around. The Strokes wanted things to be gritty, authentic, and to have minimal studio effects aside from distortion and reverse echo. One of my favorite things about The Strokes is how similar their songs sound in the studio compared to when playing them live, which is exactly what the group was aiming for.

The album kicks off with the ballad-like title track “Is This It.” The next three tracks see an increase in intensity with “The Modern Age,” “Soma,” and “Barely Legal.” A lot of the songs on this album revolve around Julian’s experiences with love and life in New York City. The following track Someday continues this theme and is still one of the most defining tracks in the entire Strokes discography. “Alone, Together” is personally a very nostalgic track for me. I have many distinct memories of walking up and down the streets of university with this song playing in the back of my mind and getting into all kinds of trouble.

As great as the first half of this album is things get a lot more interesting in the second half. The sequence starting with “Hard to Explain’ and ending with “Take It or Leave It’ keeps the album going in the right direction. The chord progressions throughout the entirety of “Trying Your Luck” and the guitar solo in “Take It or Leave It” both stand out as highlights of the album for me. My only real criticism of this album is that some of the songs have a certain similarity that causes them to blend into one another. But of course, the more you listen to the album, the less of an issue this becomes. Also, I think the drumming can be rather simplistic at times, but I do believe this was intentional on the band’s part.

For all you non-Americans reading this, don’t worry. I’m not going to leave out “New York City Cops.” This is the track that did not make it onto the American release of this album due to the 9/11 terrorist attacks and the cultural insensitivity that the band did not want to portray given the lyrical nature of the song. Although I personally prefer its replacement “When It Started,’ “New York City Cops” is still absolutely worth a listen.

Is This It still stands as one of the most defining albums of the 2000s indie scene. It served to be something of a blueprint for what was to come throughout that decade. Many would even say that this album revamped the music industry and the image of what was considered cool or popular. It’s the beginning of an impressive legacy that just about anyone can get behind. 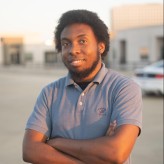