Rock of Ages is coming out in theaters this month! The movie-musical will feature some of our favorite movie stars (Tom Cruise! Catherine Zeta-Jones!) belting out the greatest rock hits from the 1980s. So in honor of that I’d like to share some of my favorite covers done in the spirit of rock and roll. These are in no way in order nor are they the only ones that I like. But I find these to be really badass. Put up your horns and prepare to headbang until you need a neck brace, everyone.

The renowned horror punk outfit are known mostly for songs with titles like “Die, Die My Darling” and “Mommy, Can I Go Out and Kill Tonight” so doing a cover of a song as sweet and wholesome as this is truly radical. While it does not feature legendary singer Glenn Danzig on lead vocals, (the credit belongs to current bassist, Jerry Only) it nonetheless captures that sound that makes The Misfits great.

Taking one of country’s most classic songs and turning it into a rough hard nosed jangle while still keeping the same pace as the original makes for an incredibly bold but still exceedingly lovely cover.

Many, including myself, would say that covering a Dylan song is darn near sacrilege. Very few people can pull it off. That being said, 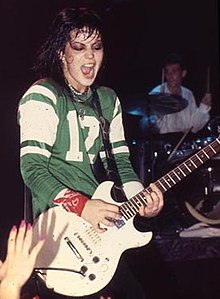 this took some serious balls to do. I could never have imagined this song to be as rip roaringly fast paced and frantic. Sure, it cuts down an 11 minute song down to a little over 3 minutes, but they sure pack a hell of a lot of fun into a short time.

7. Joan Jett – Do You Wanna Touch Me (original by Gary Glitter)

Can’t leave out the ladies! Joan Jett’s kickstomp blasts the original out of the water. Her raspy wail over the booming guitar licks combined with the steamy lyrics makes this cover incredibly sexy, powerful and, commanding. She’s not asking you; she’s telling you. Besides, associating this song with Gary Glitter anymore is just plain creepy.

6. The Dropkick Murphys – Johnny, I Hardly Knew Ya (original unknown)

The Celtic punk band really goes back to their roots with this cover of the famed anti-war anthem that dates back to 19th century Ireland. Their take on it sounds like a battle cry in itself, starting off soft and folksy before tearing off into into a frenzy.

Another anti-war song, originally protesting the Vietnam War, Springsteen performed it live and released it as a single which became a Top 10 hit. With the E Street Band backing him up, the chorus becomes a rally chant and Bruce vocals are brutal as he wails “Who wants to die?”

A strangely perfect song for one of rock’s most famous rebels. With several personal and raunchy changes in the lyrics, Vicious mockingly croons before snarling and grunting in his Cockney accent over the absolutely sublime guitar.

3. Me First and the Gimme Gimmes – Runaway (original by Del Shannon)

This group is the ultimate cover band. While it would be impossible for me to pick a favorite from their catalog, their version of this classic is short and sweet, maniacal, and brimming with electricity. And the end just makes me giggle like a 6 year old.
2. The Clash – I Fought The Law (original by The Crickets)

While the cover by The Bobby Fuller Four is more well known and considered the definitive version, The Clash brought a fierce and fun energy to the song. Original drummer Terry Chime’s staccato rhythm brings everything crashing in and is absolutely superb throughout the song.

1. Joey Ramone – What a Wonderful World (original by Louis Armstrong)

One of the most heartwarming songs ever written was the swan song for punk rock’s godfather. Recorded just weeks before Joey Ramone died and released posthumously on his only solo album, this version has all the edgy hardness that was typical throughout his career. But Joey’s voice truly captures the softness and the beauty of the song.

What are some of your favorite covers? Post them in the comments or reply to @TYFofficial on twitter! 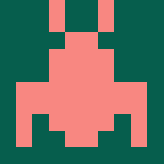 The 21-year-old New Jersey native is an English major and Journalism minor at Montclair State University. She has a serious addiction to buying DVDs (her collection is now in the 200s). Some of her favorite things include The Beatles, Robert De Niro, tea, French men with big noses, Bruce Springsteen, Broadway, 50s/60s culture,The Muppets, dresses, grilled cheese, SCORSESE, being a nerd, books, feminism, and Tumblr. Not necessarily in that order. You can contact her on Twitter: @ariannypilarte.