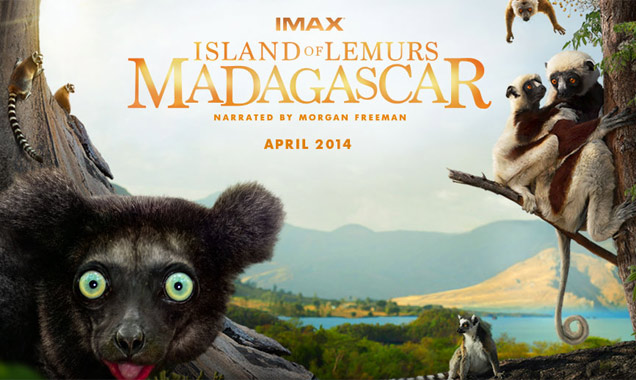 Morgan Freeman narrates the incredible true story of nature’s greatest explorers—lemurs. Captured with IMAX® 3D cameras, the film takes audiences on a spectacular journey to the remote and wondrous world of Madagascar. Lemurs arrived in Madagascar as castaways millions of years ago and evolved into hundreds of diverse species but are now highly endangered. Join trailblazing scientist Dr. Patricia Wright on her lifelong mission to help these strange and adorable creatures survive in the modern world.

This film has been rated G.