In October 2017, GQ published a staggering article covering this new Golden Age of Horror Movies. It’s true, this cultural moment is quite the horror renaissance. These movies aren’t just terrifying, they’re smart, and well written. There is a matter to them that goes beyond any monster, zombie, or murderer you can throw on a screen. Gone are the days of reliance on jump scares and gore galore. If you want to see a good horror movie, nowadays, it seems, you don’t really have to look far.

There is no question the genre as a whole is having a moment. But I think when we talk about this Golden Age of Horror, we ought to mention what is really making them so terrifying. And I’m not talking about unadulterated suspense. It is worth saying that some of the best horror are the ones that are intrinsically bent on reflecting some form of real terror. Monsters out of the blue can terrify, no question. But the monsters hiding in plain sight are often the most horrific, and also render us incapable of dozing peacefully off to sleep whilst the night light is on.

Here, we find a resurgence of smart, independent horror films laced with intertextual commentary. The renaissance for indie horror doesn’t just depend on the quality of the film as a whole. It has everything to do with how the films are discussing the culture surrounding it. Using film and the genre of horror as a vehicle to manipulate our thoughts by forcing us to confront our own demons.

Independent films have always held hidden gems under the mountain of mainstream cinema. And it feels like now they are suddenly getting their due thanks to companies like A24 and Blumhouse, among others. Being seen by masses of audiences, these indie horrors simultaneously provoke thought and scorch our minds. Jordan Peele’s Get Out is the most obvious, recent, and prime example of this trend. What really made Get Out so effective was the subtle intertwining of race, politics, and hyperconsciousness into the fold of its horror. There are details we can pick up on that just push the commentary homed.

Peele discussed this raised consciousness in his horror film with NPR in March 2017.

“Every great horror movie comes from a true fear, and ideally it’s a universal fear. The tricky nature of this project is that the fear I’m pulling from is very human, but it’s not necessarily a universal experience, so that’s why the first third of the movie is showing, and not in an over-the-top way, in a sort of real, grounded way, just getting everybody to be able to see the world through my protagonist’s eyes and his fears.” By the time the credits role, the fear is in knowing this consciousness is breathing; the monster is a live.

Independent horror films with a certain self-awareness tend to terrify by imbuing their own critique. Or leading us to make something of a critique. If we think about David Robert Mitchell’s It Follows, the commentary would seem to be sex = death. But that’s not the case. Mitchell has openly said of the film that sex may equal death, but it also means survival. The same type of deviance that audiences find in John Carpenter’s Halloween may be an influence here, but it isn’t overt. We’re still left betwixt by the Carpenter classic, imbibing us culturally that if a serial killer is coming after teenagers having sex, that same idea must be updated and transferred to 2014. We’re confused by it, and even terrified by the notion. But It Follows also imbues a nature of untrustworthiness. In the time that has passed since the film’s release, there’s an overwhelming anxiety that those around us have become less reliable. Everyone has an angle, they have their own mission. Just like the kids in It Follows, we are constantly on edge, looking over our shoulder.

In the same vein, indies like the Australian hit The Babadook use the titular specter to represent something far darker. Plagued by the violent death of her husband, a single mother grapples with everyday life and battles a monster living in her home. But that’s not all there is to it, of course. Director Jennifer Kent discussed her intentions with The Guardian in 2014. In her own words:

“I think where horror excels is when it becomes emotional and visceral. It was never about, ‘Oh I wanna scare people.’ Not at all. I wanted to talk about the need to face the darkness in ourselves and in our lives. That was the core idea for me, to take a woman who’d really run away from a terrible situation for many years and have to face it. The horror is really just a byproduct.” The film meditates on the pains of single motherhood and the struggles of mental health and grief. It’s unrelenting and constant. Just like the monster. Always pushing violently for us to give in by letting the monster break through our defenses just as he demands.

Read More: The Best Horror Movies of the 21st Century

These are just three indie horror films in a canon that is established and growing. But it bears in mind that these films, and those like it, aren’t just terrifying because of the images they conjure or the momentary feelings that audiences develop. It’s the fear they leave us with.

For the sake of continuing to meditate on this idea, we know now, more than ever, that horror has to be about something grander than its predisposed confinement. These past few years have really lead to a quite a moment for the horror genre. And independent horror has much to do with that. Up-and-coming filmmakers are becoming bolder. And narratives are being written with a sort of awareness. Given the cultural climate we are in now, the possibilities for the horror we could see in the coming months is, honestly, endless.

This week, Ari Aster’s Hereditary will open for audiences. Concentrating on a family in grief, being ripped apart and losing control. Early reviews indicate that if you’re looking for a horror movie, you’ll be met with narrative depth and with the horror as a vexing sedative. These aforementioned indie horror films, among a plethora of others, aren’t just letting audiences imbibe in the adrenalin rush that comes with a good scare. They’re capitalizing on the preexisting anxieties we have internalized by our society. It feels like with this new age of horror, we are the kids in It and everywhere we turn, there is a new manifestation of Pennywise. We’re not just scared, anymore. We’re haunted. 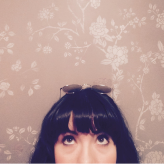 Julia Teti is a contributor for The Young Folks.