Home Team follows the true story of how Sean Payton (Kevin James), former head coach of the New Orleans Saints, handled his season away from the NFL during his suspension following the “Bountygate” scandal, when Saints players were incentivized to injure members of opposing teams. He now finds himself in Argyle, Texas looking after his son, Connor (Tait Blum), as he plays for his abysmal middle school football team, the Liberty Christian Warriors. Payton, who can’t stand to watch these kids repeatedly fail, signs on as an offensive coordinator, thus Home Team follows the familiar journey of a young, quirky sports team defying all the odds and so on.

Perhaps one of the more interesting casting choices is Taylor Lautner as Warriors head coach Troy Lambert. Lautner has been mostly inactive since 2016, with the exception of a few smaller Sandler projects, and it was quite refreshing to see him back with the Happy Madison crew and in a larger role. Look, if you grew up watching Water Boy and Billy Madison, then it’s great to see this crew back together again, and their undeniable chemistry is what might make this movie worthwhile for some.

Home Team isn’t winning any proverbial Vince Lombardi trophies. It’s not a Top 10 draft pick or even a Top 5 Kevin James flick. What makes this movie as watchable as it is lies in how it toes the line between grotesque humor and heartfelt moments, while leaning more on the genial scenes than the ones that make your stomach turn. The kids in the movie are funny and seem like real middle school boys, and while the jokes sometimes land flat, by the end of the movie you do find yourself cheering for them. Go Warriors. There are numerous scenes where Kevin James is clearly the most experienced actor on the screen, but it honestly works to the film’s benefit. Even when it looks like all the actors around James appear visibly intimidated and nervous, well that’s the point considering James portrays a former NFL coach with a Super Bowl ring.

The film’s gross-out humor is where things go truly out of bounds. There are two clear examples of this: first, when the kicker has a crush on a girl on the sidelines and is unable to perform during the game, he ends up kicking the ball directly into a sensitive area on a teammate. Sure, this is a hilarious gag in a film that was designed for low blows like this. But this comes up in the film 4 or 5 times. We get it. Later in the film, and this is really the worst part, there’s a scene where the Warriors have one play left to win a game and rather than forfeiting when some players get sick from a pre-game meal, the film graphically portrays what it would look like if 11 middle schoolers violently vomited on a football field in the middle of a rainstorm. This might be effective for some viewers, and there is certainly a market for these nasty scenes, but for most people above the age of 13, these gags will make them do just that.

And yes, the real-life Sean Payton is apparently a pretty terrible person, all things considered. Kevin James’ portrayal of him as a family man giving too much to his career…well, that’s almost definitely not the case. There are plenty of NFL scandals out there, but it’s worth repeating that Payton—along with other Saints coaches and players—funded an actual bounty list. As in, they rewarded players for injuring other players on opposing teams. Netflix, Sandler, and James coming together to make this man a hero in such a weird and bloated raunch fest is a very strange, indefensible move. Perhaps it would seem less egregious had they invented a new character inspired by Payton. It’s no surprise that Payton himself approved the script, and it’s likely no coincidence that he announced his retirement the day the movie began streaming on Netflix.

Home Team obviously won’t be remembered the same way Remember The Titans and Moneyball are, but it is vastly better than a lot of the usual, trashy sports movies we’ve seen in recent years, from Draft Day to Blades of Glory. As far as biopics of appalling people go, this seems to occupy the same space as something like The Greatest Showman‘s handling of P.T. Barnum. Still, it’s always great to see some of the Happy Madison crew hanging out together, and while this wasn’t as gut-wrenching hilarious (or disgusting) as some of the others in the Sandler Cinematic Universe, Home Team does seem to split the uprights for exactly what an audience can expect from a movie like this. Unfortunately, it scores like a field goal too, a 3 out of 10 points.

Home Team is now available to stream on Netflix. Watch the trailer here. 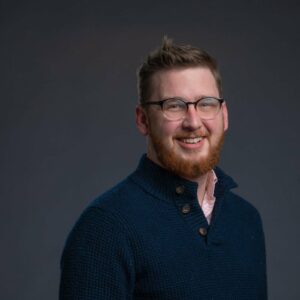 Tyler Carlin is the host of Bacon and Eggs: A Movie Lover’s podcast and founder of the WBNE podcast network. When he’s not watching movies or talking about them, he’s spending time with his wife and two children.

0 0 0
Previous Article'Jackass Forever' review: A joyful celebration of masculinity in all its, ahem, fluidity
Next ArticleSundance 2022: 'We Met in Virtual Reality' is a humanizing piece of advertisement for VR