Loneliness often feels like missing out on the finer parts of the human experience. In the end, the love that we share between each other is what makes our turbulent existence worth it. Diane Coffee, a tantalizing indie musician signed under Polyvinyl Records, acknowledges this phenomenon with impeccable attention to detail in their fourth studio album, aptly titled, With People. It’s a fascinating project that explores loaded topics from bearing the weight of trauma to finding purpose in a world that can feel so cold.

“The Great Escape” is an anthem for those suffering from small town woes. Over string harmonies and a chorus of “oohs”, Diane croons, “I’m looking for a lifeline / Hoping that someone’s around.” The desire to find belonging can be an all encompassing feat, even leading people to questionable places.

In the folk-rock jam “Hollywood,” they describe the infamous Los Angeles city saturated with insatiable dreams as a “battleground.” Not-so-subtly reminding everyone to come up for air, before drowning in idealism and stifled potential.

Armed with such a luscious vocal tone and hypnotic guitar sequences, it’s easy for the depth of Diane’s vulnerability to get lost in the mix. But their lyrics tell great tales of tragedy and triumph, indirectly encouraging listeners to embark on a journey of self-reflection. You may find yourself immersed in nature’s grace as your thoughts wander, reminiscing on the thorns of your past, or admiring how much you’ve grown while basking in the moonlight.

Over jovial melodies and silky inflections, they illustrate memories of being treated less than kind. “Bullied” and ”Sharks” (which features a brilliant saxophone climax) seem connected as they describe the distressing ordeal of falling “black and blue” at the hands of a schoolyard intimidator.

By contrast, on ”Our Love / The Run” Diane screams into the void, “I’m not a child,” and stands up for their autonomy: “I won’t be fooled again / I’m not that easily played.” It’s arguably the best song on the album! It gets better and better as it progresses, evoking a relieving sense of pride and strength.

One of the more sonically intense tracks is “Song For David.” Their lower register is rich and the piano breakdown levitates alongside a dark and piercing synth, creating quite a theatrical feel.

Another impactful track is the beautifully written ”What Good Is It Now.” This song feels like fall, when the leaves are changing and the air turns brisk; but unlike the changing seasons, Diane’s future is uncertain. “My doubt is a vision of the ghost I can’t live without” — they don’t want their lover to turn into a distant memory, as it’s hard to say goodbye to temporary bliss.

With People combines influences from folk and alternative rock to produce an agglomeration of honest, vulnerable songs that Diane Coffee should be very proud of. 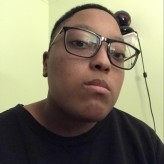