‘Lightyear’ review: Pixar is mocking us, aren’t they?

For the first time in the history of the Toy Story franchise, we get to see things from the perspective of Andy Davis (did you know Buzz and Woody’s owner had a last name this whole time?) and understand what made Woody so replaceable to him in the first place. Lightyear opens with text across the screen letting the audience know we are about to witness the very film Andy watched in 1995 that led to him receiving a Buzz Lightyear toy on his sixth birthday.

The nostalgic expectations were at an all-time high for me walking into this movie. Luckily, a portion of the film delivered in that aspect. We get to hear iconic quotes like, “You’re mocking me, aren’t you?” and what we could probably all agree is Buzz’s most famous line — “To infinity and beyond!” — uttered more than a few times. The space ranger uniform? Check. Mission log? Check. Evil Emperor Zurg? Check! Unfortunately, none of it is enough to save the film from its own mediocrity.

Chris Evans does an exceptional job portraying the beloved titular character, something we all know he’s already familiar with doing after personifying Captain America for nearly a decade. Like Evans, interestingly enough, the rest of the main cast aren’t typically known for taking on voice acting roles. In their first theatrical release since 2020, Pixar brings together Keke Palmer, Taika Watiti, and James Brolin to name a few. Though the scene-stealer and character I’m sure will become a fan favorite, Sox, is voiced by the animation studio’s storyboard artist and The Good Dinosaur director, Peter Sohn.

Lightyear is visually appealing, to be sure. The colors, background details, even the lighting in infinite space are all outright beautiful. But that’s exactly what’s to be expected from a Pixar movie, isn’t it? For this to be their comeback to movie theaters after seeing Soul, Luca, and Turning Red exclusively on Disney+ is incredibly disappointing from a story perspective. Typically, when thinking of Pixar, innovation and inimitability are words that come to mind. They do a phenomenal job on most, if not all, of their original content, including short films and sequels. But after Lightyear, I would venture to say spin-offs are simply not their strong suit.

The plot, in theory, is a fun idea. As Chris Evans tweeted, it “isn’t [about] Buzz Lightyear the toy. This is the origin story of the human Buzz Lightyear that the toy is based on.” Got it. I was anticipating an action-packed, sci-fi adventure that provides the same feeling you get after beating your sibling on the Astro Blasters ride at Disneyland. Instead, I was met with a slow-paced drama where we learn nothing new about a classic character and have to sit through a team of sidekicks contributing nothing but ineptitude and distress to the story.

None of this is to say the movie is bad, but it is astonishingly underwhelming. Imagine having an 80-point lead thanks to four successively great Toy Story movies in a basketball game, only to lose by 100 in the final quarter. That’s what this movie feels like. There seemed to be a lot of random filler throughout that makes me think I could better appreciate the animation as a short instead of an almost 2-hour bummer. It would probably even be more interesting to have seen Buzz’s BFF, Space Commander Alisha Hawthorne (Uzo Aduba), as the main character instead of him. Even though Chris Evans brought absolute life to a CGI action figure role, there was nothing he could have done to make the story any more interesting.

I don’t see a reason why it would be any 6-year-old’s favorite movie, but maybe there’s another Andy out there who will see beyond Lightyear’s dullness. In any case, I would not turn down a real-life Woody’s Roundup should Pixar decide to continue capitalizing off of this franchise, which they almost certainly will keep doing for as long as they can get away with it.

Lightyear is in theaters June 17th. Check out the official trailer here. 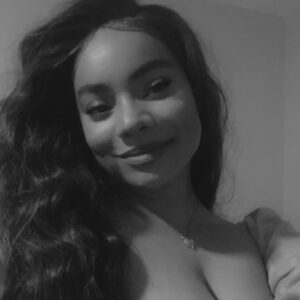