After the double episode premiere last week, The D’Amelio Show has come out with packed third and fourth episodes. We start where the second episode left off, with Dixie telling her parents that she had broken up with Noah. Charli continues to hide that she is working on her own single while keeping it from Dixie as she writes her album. To stir it all up, they’ve moved in together.

The D’Amelio sisters continue to support one another in their confessionals. They are incredibly considerate of each other’s feelings. However, Charli still has relative naivety; she was very fearful of moving out of her parent’s house—even though she was moving in with her sister—and keeping her music a secret from Dixie feels immature.

Side Note: Charli’s vocal coach is incredible, and I want her to be my friend.

One thing going for this show is the amount of time they spend on mental health and anxiety. It is fascinating to watch the sisters interact with the world around them; they’re constantly showing physical signs of an anxious mind. And then, The D’Amelio Show ends its fourth episode on a note about the internet ruling their lives with speculation and gossip.

Maybe now that the sisters live separately from their parents, the show will have more going on, but so far, it doesn’t feel like much has happened or changed.

Why are we watching this show?

Maybe there aren’t enough people we’re following. It constantly feels like we’re seeing and hearing the same things repeatedly. Dixie’s working on her album, and Charli’s working on her single and doesn’t want to tell Dixie and hurt her feelings. Their parents are worried about their daughter’s relationship, which they enable by keeping Charlie’s music career from Dixie. Okay, so that’s one storyline. Where’s the rest? Oh, right, Dixie and Noah broke up, BUT she won’t talk about it.

Sure, by comparison, a lot of The Kardashians’ show these days are about promoting their brands, and there’s a certain amount that they keep private. However, they earned that right by putting their whole fam-ussy in the media. Kim hit Khloe with her purse! And even now, with some of their mess under wraps, they’re still entertaining because of their personalities and willingness to be open to the camera.

At least Marc D’Amelio didn’t insinuate that passion should equal revenue in these two episodes.

The first four episodes of The D’Amelio Show are available to stream on Hulu and Disney+. New episodes come out every Wednesday. 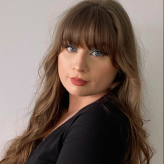