The Walking Dead the Game, winner of enough-awards-to-flaunt-shamelessly, took us into a world that makes the player take control of a singular character, Lee Everett, and affect the the fate of fellow survivors. Season One ended, now the DLC game 400 Days is used as a transitioning short-story-like episode for the next season, which will probably be announced within four months. The Walking Dead: 400 Days excels at making you feel guilty for screwing up other people’s lives, even if you try to live morally. You have seconds to decide at times, who will live  and who will die—and more importantly, who will show up in the next episodes of the game. Though some of your choices will not affect the fate of the characters, it will affect the character’s internal philosophy and may cause the character to walk a path you wished they had not. The Walking Dead the Game is unforgiving. Just play Vince’s story—you pull the trigger (at least) three times. Not all of them are Zombies.

400 Days success comes from the characters—arguably. The characters are real. The cast are archetypal to our everyday lives. Siblings. Ex-Druggies. Sassy friends. Loners. Socios. Some secondary characters are likable, some are annoying, staunch to their morals or pure hypocrites, but all-in-all, the characters are diverse unique and come from different walks of lives. Liking the characters, however, is an issue. Some characters are pitiable more than lovable and not all the players will connect to each character, this causes slumps of interest during the gameplay. Yet with fives  stories fuzed in a 1 hr and fifteen minute game, with the little screentime we get with each, it would be too much for players to ask for if they expected every character to be perfectly honed for them. 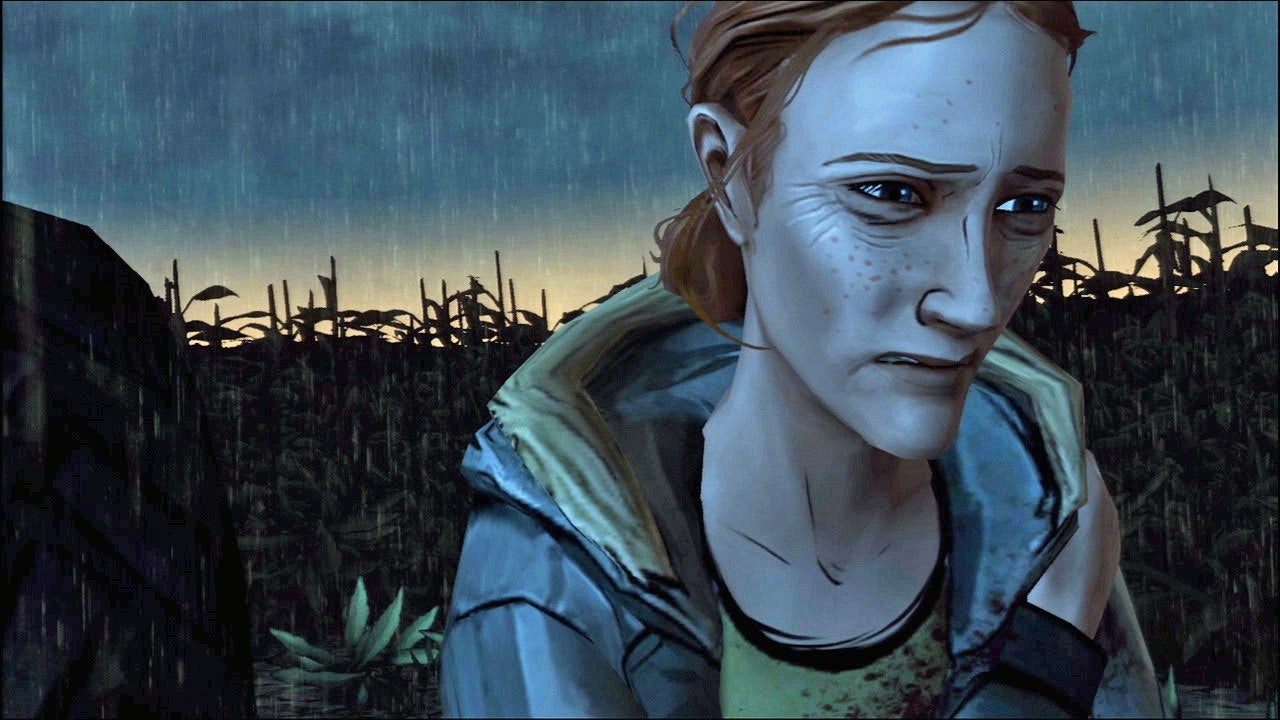 Vince: A convict on the way to prison for killing someone for  his brother.
Shel: A young woman who is protecting her sister from the outside world (we meet her in an established group and some cameos from Season 1).
Russell: A boy lonewolf traversing on a lonesome highway who is offered a ride by a wildeyed truck driver.
Wyatt: A grizzled gamer-like-bearded man traveling with his pg-13 pottymouth friend, attempting to drive away from an angry man.
Bonnie: A middle-aged ex-druggie who is traveling with a married couple.

400 Days naturally is nothing more than a short story. It is perfect to get people engaged in Walking Dead universe. Its success is from its unique style and willingness to expand the Walking Dead narrative with its chorus of fresh promising characters. As a standalone, it could draw new folks into the Walking Dead Universe. 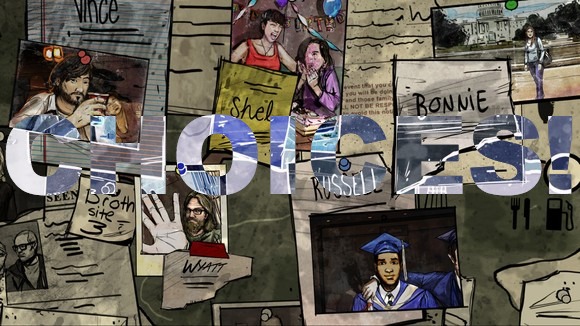 Each chapter had a different flavor, though the players will not fully enjoy each one—some are filled with more excitement then others. At times it lulls in interest.  Still, 400 days can be replayed over and over and over again as you reorganize how you play. Easily another 2 hours of gameplay as you reshuffle the stories.

Maybe soon, you’ll care even more for the characters.

‘Cause you may have killed them off in the future season by accident.