SBTRKT is a + (Album Review) 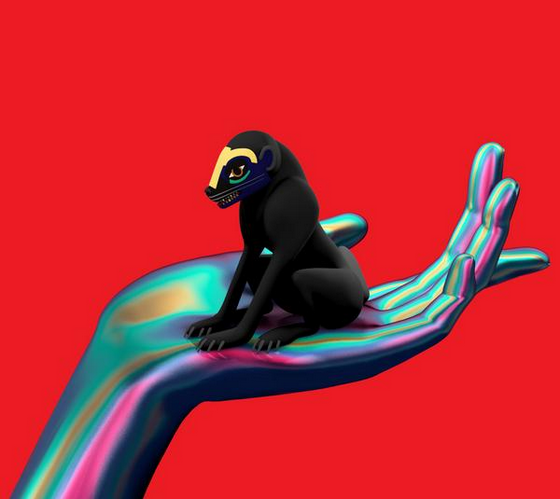 SBTRKT has been very low-key in the electronic scene. I wouldn’t want to point fingers without complete facts, but his blend of soulful vocals following a melodic rhythm and electronic music has made him unique on his own. Most electronic artists primarily have a smooth intro, the drop, and some poppy singer in the background; granted, I don’t hate all of them. SBTRKT has his own small brand of drops, which are done smoothly. What I mean is that it isn’t heavy, nor does it distinguish itself so blatantly.

SBTRKT’s recent project, Wonder Where We Land, has a very different sound from his first album. I hear a little more of a hip-hop-sounding backdrop, specifically in the track “Temporary View,” featuring Samphia. SBTRKT plays around a lot with the sounds through each track. Some have heavy key use; others use kicks and brass. It sometimes doesn’t even sound like electronic music, or rather the standard noise of electronic music. I’ll be honest, I am mesmerized by this sound and these transitions, and it’s like sex to my ears.

The vocals harmonize with modest pace. Most tracks embody this soulful approach to the vocals, except for the few that blend a little bit of smooth FX. This is mostly heard in the tracks that include Samphia. Other tracks, primarily two, have rappers come in and flow at a smooth pace, never switching it up. Which I think works great in the track with Raury. He maintains a steady flow so it doesn’t break this trance rhythm. My favorite track off the album would have to be a tie between “Temporary View,” and “Look Away.” The vocals are melodic yet soulful, and they carry a balanced weight with the instrumental.

At points, the album feels unfinished. Some tracks don’t carry much weight and aren’t that memorable. This is apparent in “The Light,” where the vocals sound so low that the melody feels scratchy and incoherent. Also, the two skits don’t really do anything to the album except add unnecessary weight.

The album has consistency, and the sound is different from his previous work, which caught my attention early on. But what’s key here is the instrumentals done by SBTRKT. The instrumentals have detail and layers stacked smoothly. In “Gon Stay,” SBTRKT mixes some nice bass and brass and guitar with some low kicks to make this odd instrumental for something rhythmic and soulful. The way he mixes it doesn’t make it weird, but rather it works and adds points to his progression in sound.

SBTRKT is definitely an artist to watch. He’s very intricate with each track, except for the previously mentioned. He makes sure nothing overpowers the other in the instrumentals. These layers are smooth – possibly some of the smoothest electronic music I’ve heard to this day.