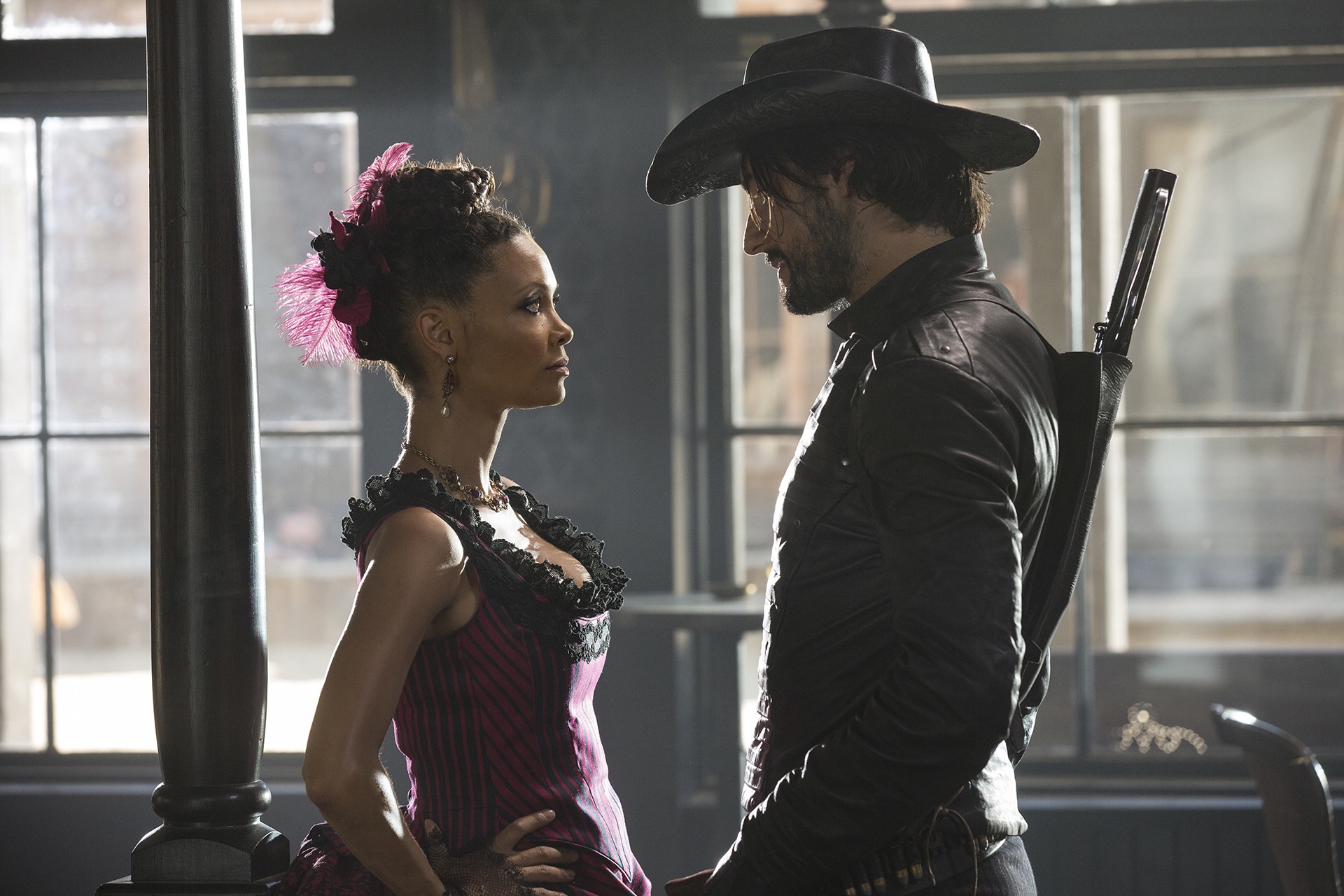 Westworld is without question HBO’s biggest make-or-break series since Game of Thrones first premiered. Sure, their miniseries and TV movie departments have continued to perform well, but the network has struggled to conjure the next big hit series. After several production delays and a total of $58 million spent on the entire first season, the much-hyped series finally premiered on Sunday.

Based loosely on the 1973 Michael Crichton film of the same name, Westworld is a technologically advanced Western theme park populated entirely by androids. The androids, otherwise known as “Hosts,” are programmed to serve “Newcomers,” the rich guests that pay to do whatever they want with the Hosts. The guests’ main desires mostly lie in sex and violence, and the Hosts can’t refuse their requests because they’re programmed to not physically retaliate against any living thing, which even includes the occasional fly that lands on them. In addition, all Hosts are programmed to follow specific storylines each day unless confronted by the park’s paying visitors.

One of the Hosts of interest is Dolores (Evan Rachel Wood), an android that is programmed each day to go into town to run errands. Her mundane day is interrupted by the arrival of Teddy (James Marsden), a supposed Newcomer that has a past relationship with her. Their rekindled romance is short-lived when her father is murdered. Her mourning of his loss is quickly interrupted by the arrival of The Gunslinger (Ed Harris), a veteran park guest for 30 years, who has a cryptic plan that may involve venturing somewhere towards the internal area of the park. Before kidnapping Dolores to torture her for information, he shoots and kills Teddy, who’s revealed to be a Host because he’s unable to murder The Gunslinger.

A quick cut leads to a “new day,” where Dolores goes about her routine again. On the way out, her father, Peter, shows signs of malfunction from a new update made to several Hosts, and he reveals that her life is a lie. This prompts swift action to be taken for the behind-the-scenes staff of the park. Overseeing the day-to-day programming is Bernard Lowe (Jeffrey Wright), who regularly reports any issues with the androids to the park’s creative director, Dr. Robert Ford (Anthony Hopkins).

In order to protect the park’s profits and reputation, the narrative director (Simon Quarterman) concocts a story of bandit androids to stage a robbery at the saloon, and the androids of the faulty updates will be programmed to fight them and ultimately be killed. His idea to include a closing speech for the gang’s leader, Hector (Rodrigo Santoro), backfires when a pair of guests kill him mid-speech. In the middle of the gunfire, Teddy is killed and Dolores grieves over his death until being knocked out by a park employee.

After the mess is cleaned up, Robert interrogates Peter on why he warned Dolores of her false environment. Robert deduces that the previous storylines have clogged Peter’s memory drive, and ultimately moves him to the cellar storage of permanently deactivated Hosts. Dolores is then questioned by Bernard, but her programmed personality doesn’t seem to have changed. It is also worth noting that Dolores is revealed as being the oldest Host, and “has been updated so many times, she’s practically brand new.” The episode ends with Dolores being put back into Westworld with a new father, and while overlooking the landscape, kills a fly that lands on her neck, which contradicts the main android directives.

Episode one of Westworld is a masterful exercise in setting the basis for its intelligent storytelling and crisp world building. The reoccurring storyline of humans underestimating artificial intelligence is common ground in the science fiction genre, but this show sheds a fresh light on the debate where it’s immediately established that the humans are the villains. From Ed Harris’ apathetic gunslinger to Anthony Hopkins’ unnerving park creative director, there’s a creepy tone to the morally questionable business that goes on both in and outside the park.

The show is also stunning in every technical department, most notably Paul Cameron’s cinematography. He and showrunners Jonathan Nolan and Lisa Joy craft a brilliant visual style with picturesque compositions of the classic Old West setting, which are juxtaposed with the sleek, futuristic park control room. It ultimately creates the best of both worlds for fans of the western and science fiction genres, especially the rabid fanbase of Firefly/Serenity, a club I’m proudly a member of.

With an ensemble that looks as big as its total season production, everyone delivers on their part. Harris and Hopkins in particular chew up scenery with their ambiguous characters, a role both of them have perfected multiple times in their storied careers. Evan Rachel Wood has the prime opportunity to be the show’s standout as Dolores, delivering a performance full of confident nuance and swift body language. Based on the closing shot of the episode, Wood’s portrayal of Dolores could be a sight to behold for the underrated actress.

Loyal HBO subscribers have had their patience tested on when the next Game of Thrones would arrive on their small screen, and Westworld is definitely the breakthrough the network and its subscribers have needed for some time. The setting is well constructed for the good, the bad and the weird to let loose for the next few months, and I certainly anticipate how the inner and outer worlds are going to unravel. Most of all, the biggest HBO fans can rejoice that the network has finally delivered a western series that can stand alongside Deadwood.