‘Korra’ To Be Released By This Year! (Hopefully)

“Yeah [Legend of Korra season 2 is almost finished] especially if they’re doing sound effects and foley. But that’s a lot of work and sounds very ambiguous. All three of those things take teams of people and lots of time. I could confidently say that 100% of the time, foley is only cut when after the scene is edited.”
—idigitaltimes.com 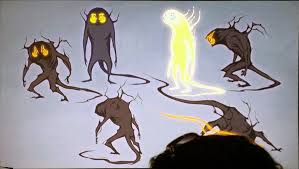 Well. Turns out (Lord-willin’-and-the-if-the-creek-don’t-rise-sorta-of-thing) it will be released by the end of this year. “Legend of Korra” has been known to be in development limbo—at least seemingly to the fans—ever since the original series ended many suncycles ago. Nick has released some early footage, and despite the overtly pandering-to-youth conversation between the two Nick-youth and the Avatar creators, the clip’s smooth-as-silk yet intense animation is nothing but promising and utterly torturing to the Korra lovers.Thematically, this new season will deal with the idea of spirits (something Korra is bound to struggle with). And now, the gang has a mystery to solve, why are these spirits feral and yin-and-yang-like? The series will be set in Water Kingdom, with a flurry of new characters—something that encourages us to be patient.