One of my personal favorite characters is Big Boo, so I was excited to see her receive a flashback episode. The flashback itself isn’t crazy unpredictable or anything, but it’s still interesting, to say the least. As a whole, episode four of season three is filled with sentimental dramatic moments and works extremely well, mostly due to the absence of Piper. Of course she’s still there, but most of the scenes that she’s in are brief and not all that worth mentioning.

A few episodes ago, we learned that the fate of Litchfield is up in the air. Caputo learned from Fig (who questionably ran the prison the first two seasons) that a private company that buys prisons might be interested in taking over and saving Litchfield. A group of representatives from MCC come to the prison and check out the facilities before they decide to buy it. The best moment from this scene is when black Cindy pops up and greets the MCC group. “Hello white people…and other!” Despite how wrong things go when MCC visits, including an appearance from an emotionally unstable Morello and Crazy Eyes talking to a mop, the group decides they want Litchfield anyway.

This episode, we also see Taystee and Crazy Eyes bonding over Vee being gone. Taystee never really had time to grieve the loss of Vee so it’s certainly nice to see this moment. This is also the scene where Taystee really transitions into her role as the mother of her group. She comforts Suzanne while also accepting that she misses Vee just as much as her friend does.

Soso entered Litchfield last season thinking that it was a cool place. She was optimistic and chipper and now she has come to terms with the sad reality of prison life. Her hippie friend Meadow visits her and Soso sets her old close friend straight. She tells her that prison isn’t a cool place and that it doesn’t make you noble. This is the only scene that she’s in in this episode, but it’s so important because we see just how dramatically prison changes people.

Big Boo learns that Pennsatucky gets sent a ton of money from a church, and so she gives her friend advice on how she can also get extra cash. Big Boo decides to meet with a guy from Pennsatucky’s church and pose as a born-again Christian who came to Jesus and got rid of her lesbian ways. In flashbacks, we see Big Boo (or Carrie, which is her given name) from a young age not wanting to wear dresses and saying that her apparel isn’t just a costume, it’s who she is.

In present time, she allows Sophia to give her a makeover. She then meets with the man and tries to go along with it but still cringes each time he casually drops a homophobic slur. Finally, Big Boo decides that she’s had enough of the act, and she blows up at the man for being such a close-minded bigot. This is someone who has fought to be accepted for who she is all of her life. Posing as a person that goes against everything she stands for is a betrayal to herself, and I’m glad she realizes this. 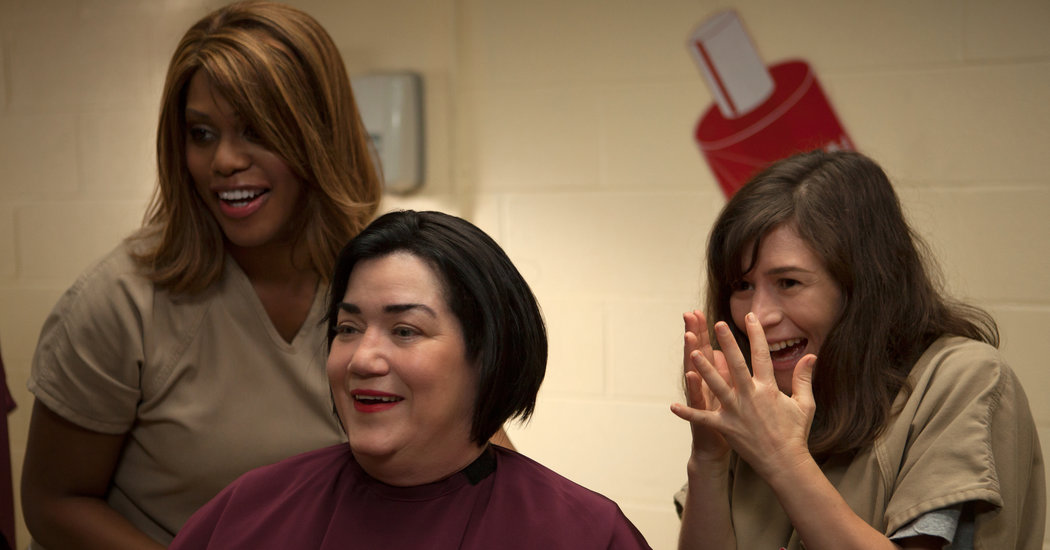 This is definitely my favorite flashback so far this season, even though it’s fairly early in the season. What did you guys think? Do you like the friendship between Big Boo and Pennsatucky? What was your favorite part? I’ll be back sometime tomorrow with a review of episode five.