How Movie Icons are Living on in Online Slots

While recent films in the Terminator franchise have not done much to suggest that there is plenty of life left in the series, many fans will still have been disappointed to see recent reports suggesting that Paramount are believed to be pulling the plug on a new sequel.

However, film lovers had not had long to digest the news when Skydance then followed the reports up with the suggestion that news of the death of The Terminator had been somewhat premature. Indeed, the production company even went on to hint that a big announcement is expected in relation to the future of the franchise.

So, while we’re patiently waiting for the Terminator series to decide whether – just like Arnie said – it truly will be back, what are we to do to get our fix of the franchise in the meantime?

Well, like many other major media properties, the world of Terminator has gone on to find a life away from the big screen, in obvious bedfellows such as TV (The Sarah Connor Chronicles) and graphic novels to even more unlikely places such as the world of online slots.

While it may not seem like an obvious fit, the world of online slots is big business and many people enjoy winning real money when playing online casino games. Such sites are not averse to using the appeal of major movie properties to draw in players either, with the Terminator series being represented by a slot based on Terminator 2: Judgment Day.

The game features a host of imagery from the film, while it even manages to adapt elements of the plot into its actual functions, too. For example, like in the film, the T-1000 symbols are able to shapeshift into other symbols in order to provide different outcomes for players.

As touched upon earlier, the Terminator series is not the only movie property to get this treatment, with the likes of Jurassic Park and even 2011 wedding comedy hit Bridesmaids also being adapted into online slots. Just like the T2 slot, the games feature imagery based on the films and even video clips of scenes from the movies to keep gamers entertained.

But how have major films found their way into the largely unrelated world of online slots? To be fair, it is understandable to see why online casinos would be keen to become home to games based on major recognisable media properties. The advantages are twofold, as it means they can draw in people who are fans of the films but perhaps inexperienced when it comes to the slot world and also simultaneously create new and exciting experiences for existing gamers.

This trend stretches beyond film too, with major names from TV such as Game of Thrones, Battlestar Galactica and South Park also being adapted alongside popular icons from gaming such as Tomb Raider and Hitman.

So, whether you’re waiting patiently for the much anticipated news on the Terminator franchise or hoping to hear that Kristen Wiig and others have changed their minds on the potential for another Bridesmaids film, the unlikely world of online slots may well offer an opportunity to once again revisit what made the movies so loved in the first place. 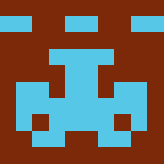