The casino industry has been booming for many years, with land-based gambling houses pulling in a whopping $450 billion worldwide in 2016. These figures highlight just how much the thrill of playing games of chance, like blackjack and roulette, and having the opportunity to win big, appeals to players. Video game developers are now taking inspiration from these addictive card, wheel, and dice games, and are looking to incorporate aspects of them in the form of side games within their titles. This allows gamers to enjoy a brief respite from the main story in games, and also serves to get them hooked and keep them coming back for more.

The most recent well-known game to integrate casino-like elements was The Witcher 3: Wild Hunt. The game was an epic adventure across sprawling landscapes spanning over 200 hours of gameplay To keep players interested, developers CD Projekt RED needed to mix up the tasks and quests. They did this by concocting their own poker-like card game called Gwent. Players not only had to accumulate cards and master their technique, they could also enter tournaments and place bets with individuals to win in-game currency. Players got so into the fictional card game that on the Blood and Wine expansion pack the creators released a brand new deck of cards for players to collect. The incredible popularity has led to the development of a standalone Gwent game, which will be released in the near future.

At the same time, some casino games are even seeing the benefits of integrating different gaming elements. Some of the slot games at mFortune casino, for instance, include interesting side games that take players away from traditional reel-based action. Sherlock: Murdered to Death is one such game, as the Find the Lady mini-game allows players to search for clues as the great detective.

There aren’t many video games that have included slots yet, but other casino games like poker have been fairly prevalent. In Red Dead Redemption, the awesome western adventure from Rockstar Games, players had the opportunity to play poker games in saloons along lead character John Marston’s journey. The poker variant used in the game was Texas Hold’em, which is the best-known form of the game and probably the easiest to grasp. Players could wager large sums of money in the hope of winning and besting their opponents. It also served as an added dimension to the gun slinger’s character, actually making players feel as though they were in a real Western.

Red Dead Redemption 2 is now in development, and is due to be released next year. It will be interesting to see what kind of side games like this the new game will offer after the developers have seen the success of poker in the last game and the popularity of Gwent in The Witcher 3. Other open-world games should think about going down this route as well. Side games have always been in existence, but giving players the opportunity to gamble in these features will keep them hooked and extend the game’s shelf life. 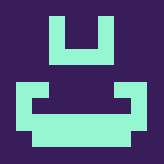 0 0 0
Previous ArticleWhat Is a BIOS And What Can It Do? PlayStation BIOS And Emulators in The 21st Century
Next ArticleTerminator Genisys: Future War Review