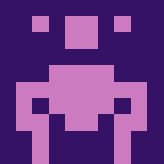 Sunday’s episode of “The Blacklist”, aired right after the Super Bowl. The show’s much awaited mid-season return was given the much coveted post-Super Bowl timeslot in an attempt to bolster already st…