If you’re obsessed with the HBO series Lovecraft Country like me, or if you are gearing up to binge watch the season, here are six books to read that can hold you over until the next episode—who am I kidding, the next season.

The Ballad of Black Tom by Victor LaValle

You need to check out Victor LaValle‘s The Ballad of Black Tom where he revisits H.P. Lovecraft’s story The Horror at Red Hook from a Black man’s perspective. Charles Thomas Tester delivers an occult tome to a reclusive sorceress in the heart of Queens, opening a door to a deeper realm of magic, and earns the attention of things best left sleeping. This deliciously dark fantasy novella is perfect for fans who enjoy the music, monsters, and magical elements of Lovecraft Country.

New York Times best-selling author Octavia E. Butler’s Kindred is one of my all time favorite novels. If you enjoyed the episode dedicated to the fearless Hippolyta and are aching for more, please go pick up this book which features Dana, a Black woman who is pulled through time to face the horrors of slavery and explore the impacts of racism, sexism, and white supremacy then and now.

If you’re a fan of the modern meets history collage of the show, like the audio of James Baldwin playing in the background or the modern music that plays as a backdrop in a scene, then you need to read Citizen: An American Lyric by the G.O.A.T. Claudia Rankine. This book recounts mounting racial aggressions in ongoing encounters in twenty-first century daily life and the media. Just like how Lovecraft Country made us all emotional with that episode where they featured Emmett Till’s funeral on that hot summer day in August 1955, Rankine’s mash-up of essay, image, and poetry is a powerful testament to the individual and collective effects of racism in our society.

How Long ‘Til Black Future Month? by N.K. Jemisin

If you love how Lovecraft dedicates every other episode to some of the ancillary characters, you need to add How Long ‘Til Black Future Month? by MacArthur fellow and three-time Hugo Award winner N.K. Jemisin. These stories examine modern society ranging from thought-provoking narratives of destruction, the Jim Crow South, rebirth, redemption, race, and so much more.

In America, Demons Wear White Hoods. Nebula award-winning author P. Djèlí Clark returns with Ring Shout, a dark historical fantasy novella that features 1915 America where The Birth of a Nation has cast a spell, swelling the Ku Klux Klan’s reign of terror. This is a perfect binge read for fans who are obsessed with the character Leti from Lovecraft Country. Maryse Boudreaux and her fellow resistance fighters kickass sending the Klan’s demons straight back to hell.

The Year of the Witching by Alexis Henderson

You’re probably wondering why The Year of the Witching by Alexis Henderson is on this list, right? Well, hear me out, I’m so here for Wunmi Mosaku’s character Ruby as well as Abbey Lee Kershaw’s character Christina on the show, and how they are giving me total badass vibes. You’ll love this book for the same reasons, Immanuelle Moore discovers dark powers within herself in this stunning feminist fantasy just like my girls Ruby and Christina. 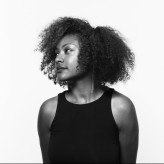 0 0 0
Previous ArticleAlbum Review: BLACKPINK reach their highest highs and lowest lows on "THE ALBUM"
Next Article'Supernatural' 15x14 review: "Last Holiday" is a sweet beginning of the end