Odds-On Favorites: The Top 3 Gambling Movies of All Time

Whether it’s exploring the underbelly of Vegas casino culture, or following the path of creative hustlers and heists, the world of gambling certainly presents a tense cinematic intrigue that few other movie genres can match.

It’s actually a far wider genre than you might think, which is why we’re here to pick out three of the best gambling-themed films out there, so you don’t have to. We bet you’ll enjoy them…

Despite the fact that it’s been just over ten years since Casino Royale hit the big screen, it’s already talked about as one of the best Bond films ever – and it’s not too hard to see why. Here we have Daniel Craig in his prime, taking on the enigmatic gangster Le Chiffre in a hugely entertaining game of Texas Hold’em that puts international security right on the line.

The casino scenes alone are enough to make you want to join in the action; but before you go jetting off to Montenegro to hit the tables for yourself, it’s probably best to get some practice in beforehand. There’s actually a neat little Casino Royal poker set (pictured above) that might be worth trying out. Or, if you prefer the convenience of online poker, dedicated comparison sites like Online Casino UK can be used to check out the best online operators out there, many of which include a number of welcome bonuses. Oh, and just remember to go easy on those martinis…

Next up, we have a two-parter featuring the iconic Paul Newman as rinky-dink pool shark ‘Fast Eddie’ Felson. When The Hustler was released back in 1961, it quickly gained a reputation as a modern classic. The plot was fresh and really quite intelligent the time because it explored the ambitious character of Felson, as well as the psychology of winning and losing, in a way that few other Hollywood films had ever done. The film also had quite an interesting backstory, which is well worth reading up on.

In the end, The Hustler was such a success that Newman decided to reprise his role as Felson over 20 years later, in The Color of Money. This time, Felson has become an old hand hanging around the pool halls and is intrigued to meet a young and arrogant hustler played by none other than Tom Cruise. Even though a lot of people consider The Hustler to be the better film of the two, Newman’s performance in the sequel, and arguably the dynamic between the two leading men, was enough to win him the Oscar for ‘Best Actor’ in 1986.

Two years after the release of The Color of Money, Tom Cruise was at it again, this time alongside Dustin Hoffman in Rain Man. One of the most iconic movies of its generation, Cruise plays a shady and selfish character who, following the death of his father, hooks up with his estranged older brother (Hoffman), an autistic savant with an astounding memory.

The plot follows the two brothers on a road trip to Las Vegas, where Cruise has persuaded Hoffman to help him count cards with the hopes of winning big. It’s a sweet, funny tale that eventually went on to win a total of four Oscars, including ‘Best Picture’ and ‘Best Actor’ for Hoffman, as well achieving one of the best ratings ever on review site Rotten Tomatoes. Not bad, eh?

Enjoyed reading this article? Let us know your favourite gambling-themed movie in the comments below! 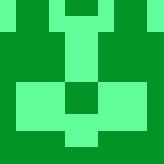 Chris loves to write about anything in relation to sports and film.

0 0 0
Previous ArticleCrash Bandicoot is Back!
Next ArticleCast and Crew Interviews From the Film 'Chuck'