‘Captain America’ Cameos Might Be Featured In ‘Ant-Man’ Film: Will It Be Enough? 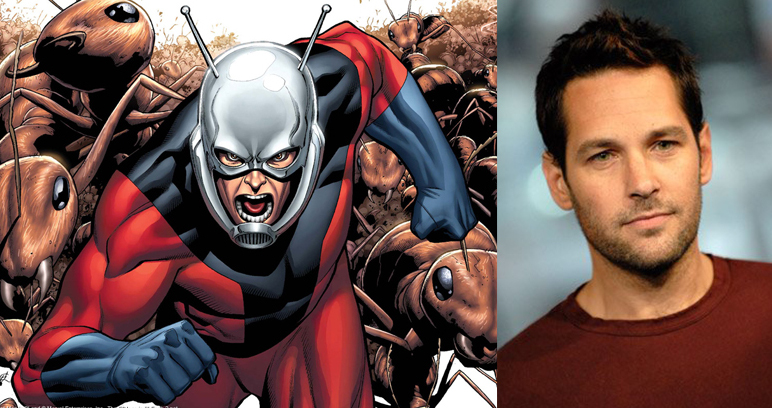 There’s no denying the Marvel Cinematic Universe is at the pinnacle of its success right now: Guardians of the Galaxy exceeded box office expectations with a (pun intended) star-blazing debut of 94.3 million dollars, Captain America: The Winter Soldier raked in a 95 million debut, and both were met with acclaim from critics and audiences alike. Following the highly anticipated Avengers sequel in 2015, Marvel is expanding its Cinematic Universe further, with titles such as Ant-Man, more Guardians of the Galaxy sequels, Doctor Strange, and probably many, many more in the years to come.

While hopes remain high for Avengers: Age of Ultron, it’s too early to tell whether the latest Marvel installment, Ant-Man, will live up to the high expectations instilled by previous Marvel films. Why? Since Ant-Man’s original director Edgar Wright left the project for undisclosed reasons, only for actors Matt Gerald, Kevin Weisman, and Patrick Wilson to leave the project two months after, it left many wondering–myself included–if the movie is going as swimmingly as fans expect. Would the addition of characters featured in past films be enough?

It has been rumored that an older generation of heroes featuring Peggy Carter, Howard Stark, Armin Zola, and a young Alexander Price will be prominent figures in at least the first half of the film. With Carter (Hayley Atwell) as the integral part of S.H.I.E.L.D and the title character of upcoming TV show Agent Carter, the addition of her character doesn’t come across as much of a surprise.

Despite the many changes the Ant-Man screenplay underwent in the past year, that part of the film appears to be the most plausible and remains intact from the heavily revised script. Plus, given the huge revelation (slight spoiler!) that HYDRA never truly disbanded in Captain America: The Winter Soldier and Ant-Man’s unexplored back story, there are endless narratives that Marvel could incorporate into Ant-Man’s storyline–character Easter eggs included!

Ant-Man is set for release July 15th, 2015. Fingers crossed it’ll be the same action-packed, well-executed Marvel film like its predecessors!