Will Aaron Sorkin Get Lucky with Molly’s Game?

With news that Aaron Sorkin’s Molly’s Game has entered post production, the critics are once again contemplating the potential success of a gambling themed movie. Although the Social Network writer’s directorial debut is as much a biopic as a poker showpiece, the end product will ultimately find a place among the likes of Casino Royale, Lucky You and 21.

Now, if we look back at the history of gambling movies, this categorization could be either a blessing or a curse. Despite the undeniable drama you can experience inside a casino (either live or online), this doesn’t always translate onto the silver screen. Indeed, when the chips are down, some gambling movies have missed the mark over the few decades.

Perhaps the most disappointing is the aforementioned Lucky You. Directed by Curtis Hanson and starring Eric Bana, this 2007 offering not only received a distinctly average 5.9 rating by IMDb, it was widely panned by poker players. Even though poker pros such as Daniel Negreanu and Sam Farha made cameo appearances, an endless series of clichés turned it into the butt of poker players’ jokes.

Casino Movies Can be a Hit

While Lucky You wasn’t so lucky at the box office, Casino Royale was a global hit. As 888casino blogger Ketty Fisher points out, this Bond offering is a gambling-themed movie that was actually a hit financially and with critics. In her review of the good, the bad and the ugly from Hollywood’s casino and gambling genre, Fisher notes how Casino Royale put a “fresh take” on Bond with less gadgets and more “gritty” drama.

Much of this “gritty” drama can be seen during the high stakes poker scene between Bond and his nemesis, Le Chiffre. Although Fisher does say that some of the poker scenes were “vastly over-dramatized”, the movie did make $599 million and receive a Rotten Tomatoes score of 95%.

Now, if Molly’s Game can veer more towards the Bond-style portrayal of poker and gambling then it could be okay. That’s certainly a possibility when you consider the cast Sorkin has managed to assemble. Lining up alongside Jessica Chastain who plays the eponymous Molly Bloom will be the likes of Kevin Costner, Idris Elba and Chris O’Dowd. In fact, when you add to this cast a storyline that has everything from seduction, money and an FBI investigation, it’s hard to see how this one will flop.

Indeed, if Sorkin stays true to Bloom’s story of how she organized some of the richest poker games Hollywood has ever seen, the movie should be a hit. Although some of the central subjects – i.e. Ben Affleck, Matt Damon and Ed Norton – will have to be played by other characters, the mere mention of their names in conjunction with these private poker games should generate an instant attraction. From this base, Sorkin simply needs to deliver a product that isn’t riddled with clichés and inaccuracies.

Because poker players and casino fans are capable of spotting a mistake at fifty paces, Sorkin needs to be on his A-game for this one. Assuming the cards fall in his favor, Molly’s Game could easily be a box office winner. However, if lady luck isn’t smiling on the American’s first movie, he’ll need more than a dose of luck to resurrect his directorial career. 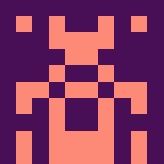 Megan Simpson is a contributor for The Young Folks.