Daria is an American animated television series created by Glenn Eichler and Susie Lewis Lynn for MTV. The series focuses on Daria Morgendorffer, a smart, acerbic, and somewhat misanthropic teenage girl who observes the world around her. The show is set in the fictional suburban American town of Lawndale and is a satire of high school life, and full of allusions to and criticisms of popular culture and social classes. Even though the shows been off for 10 years it’s still a huge cult classic.

In the  first episode, ”Esteemsters,” Daria Mogendorffer moves to Lawndale with her busy lawyer mother, her oblivious father (who has a bad temper) and her shallow younger sister.  As usual, Quinn fits in with all the popular kids, and Daria is left to fend for herself. They end up taking a psychological test ”to make sure everything is okay with them.” Quinn ends up passing with flying colors, and being the sarcastic person that she is, Daria fails and has to take a self esteem class. There she meets her equally sarcastic best friend, Jane Lane, an artist. Jane has taken the class 6 times and already knows how to pass, but she’s just being lazy.  Quinn goes to crazy lengths to make sure that no one finds out that she and Daria are sisters. She also become vice president of the fashion club. Daria uses the fact that has low self esteem to torture her family and brings them to a kids restaurant with singing animals. Jane and Daria finally decide to pass the self esteem class. When they find out they have to give a speech in front of the whole student body, they have second thoughts.  When Daria goes up to talk, she decides this is the moment to ruin Quinn’s life and tell the whole school that they’re sisters.

If you want a show where the main character is surrounded by idiots and trying her best to survive daily life of being in high school in the late 1990s, then this is the show for you. Personally, this is my all time favorite show; I wish Daria was real. It’s like Dawson Creek on drugs.

You can watch Daria here! 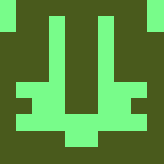