Puffing down the tracks, Firth’s latest ‘The Railway Man’ just misses the platform First of all, I love war films. With corny camaraderie blanketed in period styled violence it’s hard not to love a classic WWII melodrama, especially if it’s based on true events. With a beautifully unique and inspiring true story to tell and the A-list onboard it seems The Railway Man can’t go wrong, but like any classic war film, things are a bit more complicated than that. Not everything can be perfect.

Eric Lomax (Colin Firth) is haunted by the past, more specifically a dark room in the South Pacific. A World War II veteran and train enthusiast, he falls for Patti (Nicole Kidman) on one of his railroad voyages. The couple enjoys long amounts of time together and marries with doe-eyed satisfaction despite their age. Unfortunately for Patti the war has not left Eric as he suffers severely from PTSD, flashbacks showing us his horrific experiences in a Japanese POW camp.

As a soldier young Lomax (Jeremy Irving) and his unit are taken prisoner by the Japanese and instructed to build a railroad across China. A lover of trains Lomax draws the railroad as they help to build it during the night as a pastime activity. After a number of occurrences (which I won’t reveal to you for spoilers sake) Lomax is taken into questioning by the secret service.

Patti is determined to find out what the Japanese did to Eric, going to Finlay (Stellan Skarsgård), who served with Eric during the war, for information. He tells her all that he knows is of Eric’s torture, which is not much. Meanwhile, Finlay tells Eric that his tormentor has been found in China, giving tours of the railroad. Eric, leaving his present behind, leaves to seek revenge.

Personally, I had a bag of mixed feelings after viewing. While the storyline was quite interesting, involving most of the war film tropes including torture, violence, romance, and PTSD, the dialogue was sub-par. There was so much to work with that I felt disappointed by the quality of the screenplay. A story such as this deserves better writing in my opinion. Although, the actual look of the film was gorgeous and Teplitsky really brings the characters to life through his visualization of the story.

The cast did the best with what they had to work with; Kidman and Skarsgård playing believable characters alongside Firth, who let’s be honest usually puts on quite a show. In this instance he was good, better than most even, but didn’t meet up to the caliber we’ve come to expect from him. Yet, not all his films can be The King’s Speech. Jeremy Irvine was perfectly cast, playing a dynamic and young character, looking extremely similar to the actual pictures of the late Eric Lomax.

While not excellent, The Railroad Man is still a good film and one that I recommend seeing if you are a fan of period films. I give it a 7/10 or a see it on Netflix/DVD. 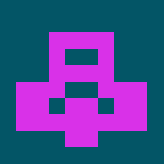