Top 5 Shows of the Hamptons

Recently, I went on vacation with fellow Young Folks author, Kate Shapiro. We decided to go to The Hamptons because why do I need to explain more than that? It was everything a girl thought it would be. Filled with drugs, booze, and girls whose underwear cost the equivalent to my college education thus far.

That being said, here are the top 5 shows that remind me of my Hamptons vacation. Although this show is set in the cozy town of Newport Beach in Orange County, California, this show is totally Hamptons. This show centers around the lives of elite rich teenagers, adults, adults in secret debt, miscellaneous drug usage, banging of old men for money, plenty of sexual experimentation, BMW’s and Range Rovers forever, and Maxi dresses for days. Patti Stanger is good for two things, 1. ruining your self esteem and 2. finding you a rich husband or wife. However don’t get it twisted, she is not in the business of “sugarbabying”, which also, is a load of bullshit. Her show allows rich bachelors and bachelorettes to pick from a pool of very attractive, interesting people based off of “compatibility”. Right. And I have suddenly been absorbed all of my student loan debt from Barack Obama personally.

Why this show reminds me of the Hamptons? Well, based off of my brief tryst with a doctor for the weekend, he said that girls in the Hamptons, “Only care if you are a doctor, lawyer, or banker, and how much money you have.” Also featured on the show are enough stiletto heels and g-strings to put The Kardashian’s clothing line to shame. What does a paranormal teen show that was -sadly- canceled on ABC have to do with the Hamptons? EVERYTHING. While chillin’ riding bikes in the Hamptons, we often came across random grave yards, some old settlements, and the fact that the Hamptons just gave off this vibe that it was haunted and full of ghosts and murder.

The TV show centered around a small gated community where vampires, werewolves, and witches collided. The Gates offered plenty of hot love triangles and a young adorable Colton Haynes. Not to mention there was plenty of banging and a lot of big rich people houses, also a huge feature of the Hamptons. This show is set around a polygamist family in Utah. Kody Brown (center) is responsible for banging all four of these women, and having probably 32 kids by now. Why does this show remind me of the Hamptons?

Well, Kody does drive a really nice Lexus that is obviously his bitch mobile. It also reminds me of the Hamptons because all four of these women have to pretend they are okay with banging the same guy and somehow try to stay nice to each other. It’s exactly what I’d imagine an affair in the Hamptons would be like. Everyone knows what’s going on, but nobody says anything about it because everyone is FAKE AS HELL. I’m half groaning at myself while I type this because ugh, the fucking Jersey Shore. As if these people need anymore Internet time. The only reason this show reminds me of the Hamptons is because they are all just super obnoxious, really into their appearance, and really enjoy vodka drinks while dancing. Also, the one time we went to SouthHampton Social Club some drunk girl wiped out and insisted she help herself up all while wearing 11 inch heels. They were probably more like 6 but who cares, it was definite Snooki like behavior.

Did I miss any shows that remind you of the Hamptons and super rich people? 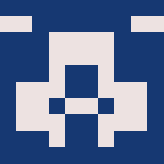