Unfortunately, I’m what you may call a “Sonic Fan”. I have played nearly all Sonic titles to completion, sans a few Game Gear titles and my knowledge of the character and his universe is large enough my Gamertag could be “xXSuperSonicMaster456Xx” and I would be able to defend my claim. Am I ashamed of this life choice? Possibly. But what’s in the past is in the past, and there’s no changing the now.

Anyway, there’s a new Sonic game floating about this holiday. No, not the classic throwback, Mania, everyone has been talking about, I’m talking about the REAL DEAL. Sonic Forces is here, brought into existence, and there’s no putting this Genie back in the lamp. Being the degenerate that I am, I always enjoyed the 3D Sonic titles more than the 2D ones (crucify me) so needless to say, I have been following the development of this game since its announcement. Let’s dive into the story of the game, which true Sonic fans like myself know is the main attraction. Mild Sonic spoilers approaching. Forces takes another stab at bringing a darker world to the Sonic universe and doesn’t hold back in displaying such right at the shotgun. How? Well, Sonic gets straight up killed 5 minutes into the game. That’s right kids, Sonic is DEAD. Murdered by the new villain of the game, Infinite, who looks like a fuzzy Naruto reject, right in front of Tails’ eyes. Due to Sonic being 6 feet under, Eggman is able to take over the entire planet, performing an implied animal genocide, leaving an underground rebellion composed of an all-star cast of Sonic’s friends and YOU, your own original character, to try and rise up against the Eggman Empire. Oh yeah, and Sonic only stays dead for like 2 minutes, and he’s actually just a prisoner. Thank GOD. Also the classic potbellied Sonic appears out of a wormhole unexplained to help out.

So, that sounds like a cluster of bad ideas and rather dark, but, this being a children’s game, it really isn’t. The game throws around words like “killed”, “tortured”, Tails completely “losing it”, along with implying various war atrocities happening in this world. However, once we see Sonic or Tails, or other characters who are said to be in extreme circumstances, they appear perfectly fine and throw out their usual WACKY one-liners. So yeah, tone isn’t exactly consistent. Also, much like other storytelling masterpieces, like the Godfather, the writers over at Sonic Team knew they could create an epic in a short period of time, so the story is over in like 3 hours. Only true masters of their craft can condense such a deep and powerful plot into this time frame, but Sonic Team is no joke. If you were a fan of the Archie comics, and don’t mind not having the creepy relationship stuff tossed out the window, this story will probably be up your alley.

Gameplay consists of four different styles. Firstly, there’s Modern Sonic. He can zip zoom all over the place as usual using his boost to fling himself uncontrollable at mach speeds into the nearest wall. If you have played games such as Colors or Generations, you know what to expect. Perspective switches from the autopilot 3D levels, to more precise 2D platforming sections which control nowhere near as well.

Classic Sonic, on the other hand, is a mess. While the concept worked in Generations, with Mania being released just 2 months prior, the flaws of the Classic Sonic stages are very apparent. Momentum and physics just feel way too off compared to Mania and Generations. There’s no point in any Classic Sonic level where you feel like you built up any speed and momentum, making the platforming and speeding through levels feel much less rewarding and more off a sludge fest in pacing. The level designs are also very, not good. Not that Sonic level designs have ever been good, ever, but this is a new low. This part of the game feels like a bad Sonic fan game compared to Mania.

Then there’s the poster child of the show, your own original character. Sonic Forces, allows players to create their own character with several species to choose from that have their own unique traits that really only provide minor tweaks to the game. There’s also a plentiful abundance of clothing to unlock for your character that, fortunately, don’t make me feel as uncomfortable as most of the fanart I have seen in my time. The clothing category titled “bodysuit” options are exactly as unfortunate as you’d expect though. New clothing options are unlocked at almost every turn in the game, and you receive around 6 new items on average per level. The last piece of customization is for the Wispons, which are various cartoony guns that you can give your character to change up their attacks. These range from flamethrowers, whips, drills, and other non conventional weaponry. No machine guns here. Sorry Shadow the Hedgehog fans™. Gameplay in the the custom character stages play much like the Modern Sonic stages, switching between 3D and 2D planes, only at a much slower pace and replacing the Boost mechanic with the aforementioned Wispons. These levels are pretty subpar, and the controls in the 2D sections are very floaty and imprecise, leading to many deaths that feel less like your fault, and more like a lack of control.

The last gameplay element is the tag team stages, which are like a two character call back to Sonic Heroes, where you control both Modern Sonic and your custom character. Gameplay is just a fusion dance of the two styles allowing you to both boost and shoot your comically sized guns. The only interesting portion of these levels is when the game tells you to smash the square button which causes the two animals to go into a mach speed autopilot to the game’s butt-rock theme song.

Oh yeah, each gameplay style also has their own boss levels. They are all uninspired, anticlimactic, and bad next. As far as presentation goes, the game looks as you’d expect, a slightly prettier looking Generations as this is an upgraded Hedgehog Engine running at a 60fps at 1080p. The Switch version, which I did not play, reportedly doesn’t have equally strong resolution and lighting, and only runs at 30fps, so you might want to consider getting the other versions if you must get yourself some Sonic. The levels are a little bland however compared to other games in the series and lack variety. There’s essentially about 6 regions in the game that you keep going back and forth from as different characters and they are all very generic. You get your city, another city, a forest casino, the Death Egg, a mountain, Chemical Plant Zone, and of course Green Hill Zone. Lord have mercy if a Sonic game doesn’t have Green Hill Zone.

The soundtrack is a disappointment. Even the worst Sonic games tend to have really well composed music, but the soundtrack in Forces sounds like a parody of itself. Modern Sonic stages blast EDM and Dubstep style beats, the Classic Sonic stages sound like a bootleg Genesis game, and the Custom Character stages give you some nightcore style tunes. Yes, that nightcore.

Sonic Forces, is mediocre at its best and mediocre for a Sonic game at its worst. One of the perks, for me at least, of the Sonic series is that even the worst in the franchise have lasting appeal and replayability due to being a good laugh and making you wonder what the Hell you are doing with your life. Sonic Forces is just kind of uninspired, and the gameplay isn’t good so you won’t have too much fun playing it. However, it isn’t bad enough, like Sonic 06 or Boom, to make you want to trash it with your friends. It’s an afternoon snack of a Sonic game, you might enjoy yourself and have a laugh while playing it for the first time, but it’s over quickly, and once it’s done, you’ll probably forget about it, and it’ll ruin your appetite. 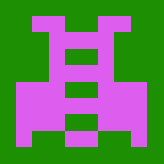 Matthew Rodricks is a contributor for The Young Folks.