Looking for a few flicks to see before the 31st rolls around? Well, here’s a few rec’s!

Am I the only one who was ever a little weirded out by this song in the first place? Even though the tune can be a spoiler for the film, it’s still worth a shot. Justin Long stars alongside Gina Philips as siblings who come across a cannibalistic being when driving home for Spring Break.  Fans of The Blair Witch Project and Vacancy will love JC.

My personal favorite is the 60’s version. I mean, c’mon, that shower scene? Classic. Forever. this film’s been labeled the original horror story countless time sand if you’re any kind of horror movie-buff, Psycho is one you can’t miss.

Insidious is probably the only movie on this list that has ever genuinely frightened me. A little. I’ve probably seen just about every horror film known to man and I am in no way ashamed to admit that Insidious is the only one I’ve seen that actually got me to jump in my chair. Once. Just once…and that’s why it’s on our list. Freaky leprechaun looking ghosts, demons, a Satan look-a-like and secretly evil dad? Hello, creepy.

Tim Burton does it again in Edward Scissorhands, a tale about a man-made creature with scissors for hands and a heart of gold. Anyone looking for something a bit off base with an original love story, this film is a go-to.

This was the first horror film I ever actually watched as a kid, and it was quite impressionable. What starts as a simply harmless haunting from TV-host-ghosts turns into nothing other than a poltergeist. Oh, and there’s a freaky clown doll.

Though Jack Nicholson’s version is infamous, and for a more mature audience, I feel as though the 1997 mini-series version of The Shining was not only truer to the novel, but a better film altogether. Though most people regard the mini-series as the testier version, I feel that if anything Jack Nicholson’s is stronger. Putting ratings aside, Jack Torrance is a more sympathetic character in the modern version rather than just a crazy killing machine as he is in the 1980 film, and this takes away from all the horror and adds dramatic elements as he struggles to recover from alcoholism and rekindle the relationship he has with his family even though he’s being controlled by otherworldly beings. 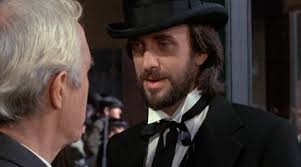 7. Something Wicked This Way Comes

Both the book and movie hold a special place in my heart. I first read the novel at the age of ten and my love for it led to the start of my love for literature. Ray Bradbury opened doors for me that I never would have imagined and his novels shaped most of my childhood. SWTWC centers two boys who want to attend a Halloween carnival that’s coming to town and come to find that everything Mr. Dark boasts isn’t all that it seems to be. This film isn’t all horror, and there’s so many important messages you can take away from it. It really is worthwhile and out of every other title on this list, I can’t stress the importance of this one enough.

the name says it all. More than suitable enough for the occasion if you’re looking for a typical teen slasher horror film.

Light comedy with Gothic elements is what makes this family so great for any kind of audience. The Addams Family does a great job of creating an odd group of people with unlikely circumstances while making them at times relatable and just like any other normal family with typical every-day issues. Christina Ricci as Wednesday? Love!

10. The Nightmare Before Christmas

This kid themed flick is an all time classic. Focusing on a skeleton man in Halloween Town that skips over into another realm and plots to kidnap Santa Clause and steal Christmas along with it, TNBC puts a twist on the ordinary Halloween film. While mainly directed at a kid-based audience, this films great for anyone who can take a step back from reality and open up their mind to situations that may be impossible in our world.