When most people think of novelty music, they think of “Weird Al” Yankovic; I’m mainly lookin’ at you, fellow elder-Gen Z types. I, too, was a member of the cohort of middle schoolers that learned the lyrics to “White and Nerdy” before Chamillionare’s “Ridin’.” But where most kids were satisfied with listening to Mr. Yankovic’s greatest hits, I required more of myself. What followed after first discovering Weird Al was a deep dive into the world of comedy music. Intoxicated by her thorough knowledge of the comedy stylings of the likes of Victor Borge and Tom Lehrer, thirteen-year-old me carried herself with all the elitism of an r/LetsTalkMusic moderator (and none of the street cred). A few years later, I came across the Sub Pop-signed comedy duo Flight of the Conchords and their eponymous 2008 album; Flight of the Conchords fundamentally reoriented how I understood the impact of parody music and comedy in general.

Jemaine Clement and Bret McKenzie are the two New Zealanders who make up the group. According to the band’s website, Jemaine met Bret after both joined a student drama group at Victoria University in Wellington. As if to foreshadow the zany nature of their later comedic efforts, the first show they did with the club featured them and three other men wearing flesh-colored shorts, “giving the audience the illusion that they were naked.”

What followed after that was a series of performances with a few other flatmates, a showing at the Melbourne Comedy Festival, and—after striking out as a pair—a spot at the 2002 Edinburgh Fringe Festival. (For those uninitiated into the world of comedy stan-dom, those two festivals are, to quote the current President, a big effing deal.) After impressing HBO execs with their work, Jemaine and Bret starred as absurdist versions of themselves in the TV show Flight of the Conchords, which ran from 2007 to 2009. Though short, the Flight of the Conchords discography contains four albums’ worth of artful composed, silly songs. And by artful, I mean soooooo chock full of art! I dare you to watch their live performances and tell me that their ability to effortlessly switch between instruments and fill concert halls with their sound doesn’t knock you off your feet.

Their first full album Flight of the Conchords opens with the track “Foux du Fafa,” a song that sets the tone for much of the album: rather than parodizing a specific song, it sent up an entire genre. “Foux du Fafa” skillfully imitates the chilled-out lounge sounds of yeyé music, a genre that gained popularity among French teenagers in the 1960’s. However, lovelorn Frenchisms do not decorate the floaty instrumentation on this particular song. Instead, Jemaine and Bret attempt to impress French women with beginner-level non sequiturs like “voilà mon passport” (“here is my passport”), “jus d’orange” (“orange juice”), and “ah, Gérard Depardieu” (…Gérard Depardieu). Trés sexy, non? Later on in the album, “Think About It,” “Boom,” and “Bowie” take astute but gentle aim at charity singles, bombastic reggae, and David Bowie—a man who is a genre all to himself.

In my humble opinion, “Inner City Pressure” stands out the most on this album. Not only does it break with the other tunes to mimic a specific song—“West End Girls” by Pet Shop Boys—but it does so impeccably. Oh, the persistent, thrumming bass! Ah, the chocolate-smooth, swirly synths! The music video for the parody track even features a semi-opaque Jemaine chilling in the background while Bret talk-sings about the lows of living while skint and bohemian. No guns point at heads in the Conchords’ world, though. In their reality, those in the pits of poverty sell their chairs for rent instead of their thousand-dollar Minimoogs, and prostitution is only a means for furthering one’s career as a concert flautist. Surely, that’s certainly enough to elicit a nose-breath chuckle from those who cut their teeth on paranoia-flavored synthpop by bumping the Pet Shop Boys’ track.

Overall, revisiting this album during this tumultuous period in world history has struck me as a fortuitous coincidence. Flight of the Conchords holds out the comedy duo as artists who are versatile enough to both offer escapist tunes about a rap battle between two sentient and bulky animals  (“Hiphopopotamus vs. Rhymenoceros”) and to commiserate with the struggles of carving out a livelihood on a low income. As seen in this album and in their follow-up release I Told You I Was Freaky, they use their tight production techniques and intricate compositional approaches to transform the mundane into something infectious and ridiculous. And goodness gracious, do we need a dose of that levity right about now. Long live the Conchords, and any creative who uses a unique approach to their art to make our bleak lives seem just silly enough to bear. 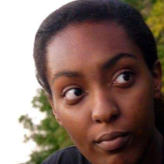