With Christmas right around the corner, it’s time to dim the lights, get the hot cocoa going, and start up the Christmas movie marathons with some of the most classic films of the season. Here’s our list of which flicks to keep in mind this holiday.

Home Alone (1990) – Kevin McCallister gets the chance to live every kids dream when he’s accidentally left behind at home while the rest of his family takes a vacation.

The Shop Around the Corner (1940) – Two store employees that hate the living daylights out of each other don’t have a clue that they’re actually falling in love all in the form of pen pal letters.

Deck the Halls (2006) – Matthew Broderick and Danny DeVito go mano a mano in an epic battle of Christmas decorating proportions in this family fun film that can’t be missed. 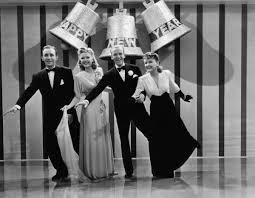 Holiday Inn (1942) – In this musical, Bing Crosby and Fred Astaire fight for the love of Linda Mason, an up and coming star in this comical pic.

The Grinch Who Stole Christmas (2000) – A Dr. Seuss tale that takes us into the world of Whoville and the havoc the Grinch inflicts on the little town every Christmas.

Four Christmases (2008) – For an older audience, Four Christmases sheds light on the importance of family and the hardships of love at its weakest points during the holiday season.

The Polar Express (2004) – The Polar Express goes to show that Christmas isn’t all about the gifts and that believing comes from the heart.  Intended for children but enjoyed by anyone still young at heart.

Elf (2003) – A movie for all believers in everything magical and mystical, Elf takes the cake as one of the more humorously innocent real life films on our countdown.

The Christmas Story (1983) – Focusing on a boy with intentions of getting his hands on a Red Ryder B.B Gun, despite family and friends’ protests, TCS is a classic about a boy who’s dead set on getting what he wants no matter what it takes.

0 0 0
Previous ArticleTV Review: MTV's 'Catfish: The TV Show'
Next ArticleFor What It's Worth Giveaway: Win a $50 Gift Card!