Read of the Week: The Fairest Beauty by Melanie Dickerson 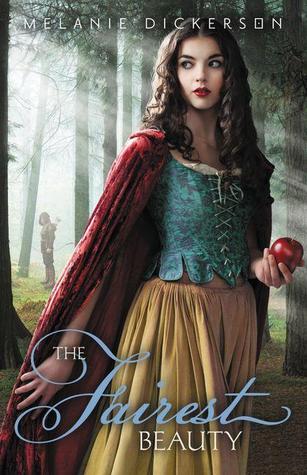 A daring rescue. A difficult choice. Sophie desperately wants to get away from her stepmother’s jealousy, and believes escape is her only chance to be happy. Then a young man named Gabe arrives from Hagenheim Castle, claiming she is betrothed to his older brother, and everything twists upside down. This could be Sophie’s one chance at freedom—but can she trust another person to keep her safe? Gabe defied his parents Rose and Wilhelm by going to find Sophie, and now he believes they had a right to worry: the girl’s inner and outer beauty has enchanted him. Though romance is impossible—she is his brother’s future wife, and Gabe himself is betrothed to someone else—he promises himself he will see the mission through, no matter what. When the pair flee to the Cottage of the Seven, they find help—but also find their feelings for each other have grown. Now both must not only protect each other from the dangers around them—they must also protect their hearts.

First and foremost, it would be a total and complete lie to say I didn’t solely buy this book because of it’s cover.

Can we please just take a moment or so to appreciate that gorgeous shell? There’s just something about the colors, the costumes and the woods that makes this one beyond awesome. Not to mention the interestingly Robin Hood-like dude in the back.

Also something I’d like to point out: Snow White x Robin Hood? I’d ship that.

Anyways, contrary to popular belief, there’s not much to this book past its cover.

The Fairest Beauty is slow. I’m mentioning this now because I’ll probably get a bit repetitive, and there is a reason for that. Why?

Because The Fairest Beauty is slow. I don’t think I can stress that enough. Slow. It’s painstakingly, agonizingly, horribly slow. I can tell you that I spent most of the novel, or just about all of the novel, waiting for something shocking or something at least slightly unexpected to happen. It did not come. Another why.

The Fairest Beauty is also, I’d like to note, uneventful.

Now, let’s keep in mind the fact we’re in a day and age living with too many Snow White retellings. Disney’s version, Snow White and The Huntsman, Mirror Mirror, Once Upon a Time. It goes on, or at least, it must. I wouldn’t know, because I’ve never been that big on Snow White’s tale in general, but I’ve recently warmed up to it slightly and decided a pretty cover must have meant a pretty book.

They always told us that was the wrong kind of reasoning, but judge I did. That cover had me doomed from the start. I’ll be damned.

So, everyone knows the story. Evil Queen doesn’t like Snow White. Snow White goes off to live with seven little dudes after almost getting killed by a chicken huntsman. Snow White eats apple given to her by strange old woman who was susceptible to begin with. Snow White dies. Snow White gets hot and heavy with a prince. Snow White lives. The end.

Right, okay, about that. All that gibberish sounds way more interesting than this book. And it is, believe me. The only difference between that story and The Fairest Beauty‘s is that Snow White gets rescued from the Evil Queen’s castle by her betrothed’s brother.

The rest of the novel focuses on Sophie (Snow White) and Gabe, AKA Future Brother-In-Law, making their way back to her betrothed. Sounds like it would make for lots of exciting forbidden love and action-packed adventure, right? Well, no.

Turns out that the few problems these star-crossed lovers come across diminish in only a matter of dully noted paragraphs. Take, for instance, Gabe leaving the Seven Dwarfs cottage, only for the Queen to show up and hand Sophie a suspicious apple. Spoiler alert: Sophie throws the apple in the queen’s face so she resorts to stabbing her, thus leaving her unconscious. Somewhere around that time, the Queen makes haste and ends up drowning in a river.  When Sophie awakens, she has a knife lodged in the middle of her chest and feels just about no pain. How is this possible? Well, turns out she was wearing one big damn wooden cross around her neck that happened to be hiding underneath her dress and managed to take the blow.

I would much like to see this life-saving cross. 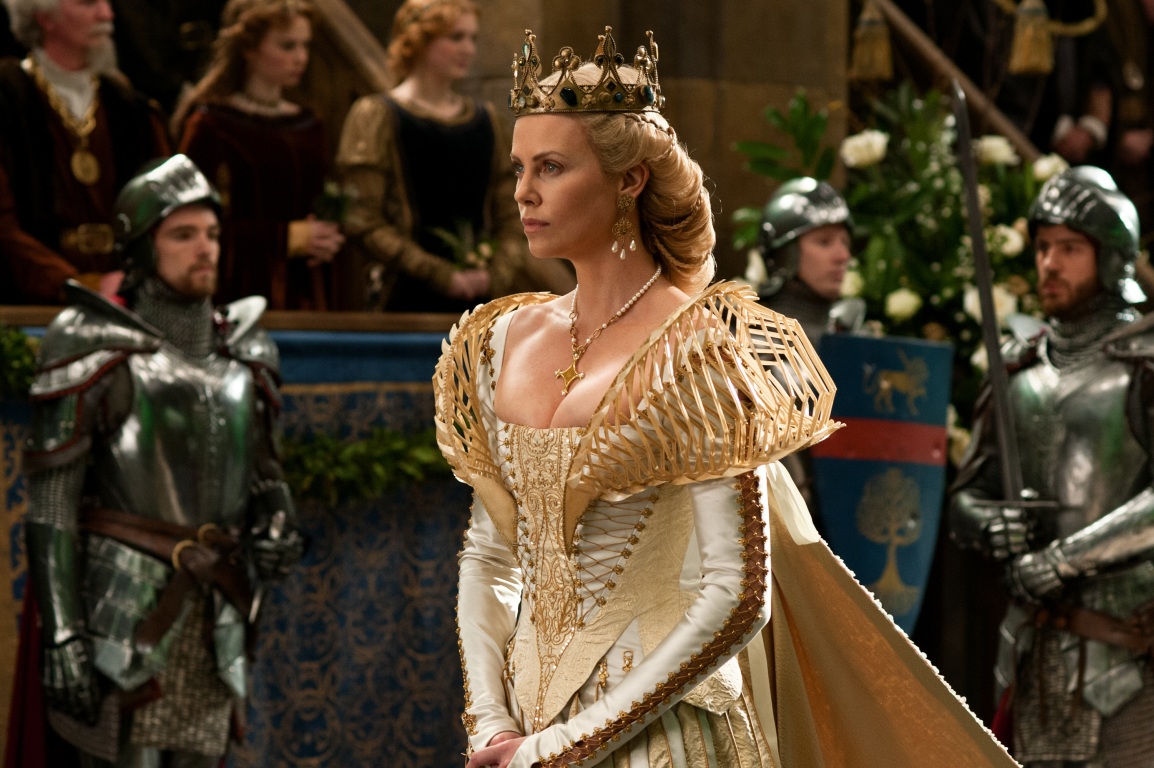 Of course, one of the dwarfs takes care of the lodged cross no problem and Gabe happens to return home just in time for dinner, and all is well. How? How.

There are so many things wrong with this particular situation, but I will try my hardest to refrain from further rambling. This was probably the most excitement the book had, and the fact that the scene was covered in a few pages and treated so casually made everything worse.

Those of you curious about the love story, don’t bother. Star-crossed would be a stretch for these two. The attraction is there, just not written well at all. It doesn’t feel right, or real, in any sense. There isn’t much denial in the love department, either,  just a lot of oh [s]he is all too easy to fawn over. There was never really any doubting these two would end up all happy and together before the book was midway over.I’d also like to add those special three words popped right on up after knowing each other a whole four days. Predictable. Oh, and the whole thing about her being betrothed to this guy’s brother? That whole situation blows over too quick to be believable. Your brother steals your future wife, and you’re okay with that after a few days? You are one mighty person. And oh! The person Gabe happened to be betrothed to just got married because she all the sudden lost interest in him after he’s gone a week? Look at that, now Sophie and Gabe are free of obligations! This is not coincidental, at all.

Slow. Uneventful. Unbelievable. That’s about as close to a compliment I can come when it comes to The Fairest Beauty.

Besides the horrible story line in general, the writing style is almost lyrical, so there’s a plus.

I guess what I’ve really been trying to say is The Fairest Beauty is simply a pretty face with lack of a personality.