“Beefcakes! Get your hunks and beefcakes here!” the trailers for Magic Mike seem to shout at the public as shots of a topless Channing Tatum and a bottomless Matthew McConaughey flash across TV screens. I can almost hear the groans of dudes all across the country from here. But listen up, gents. Before you dismiss director Steven Soderbergh’s (Ocean’s 11, 12, and 13) latest project as merely “eye candy for the ladies,” I say give it a shot. It just might surprise you.

The basic plot of the film is simple enough. Channing Tatum (21 Jump Street) plays the title character, Magic Mike, a seasoned stripper with more talents than his occupation and phenomenal abdominals would suggest. While working a side job at a construction site, Mike meets a 19-year old slacker by the name of Adam (Alex Pettyfer) who is looking for a job. As it turns out, Adam also has terrific abdominals, so Mike introduces him to his boss and local strip club owner, Dallas (Matthew McConaughey). From there, Adam is whisked into the world of the take-off-your-clothes-for-money industry and is instantly barraged by women, booze, easy drugs, easier money, and more scantily clad dudes than you can wave a stick at (think the volleyball scene from Top Gun x100).

Ok. That was the boring part. Where this film gets interesting from a storytelling standpoint is in the juxtaposition of the two main characters’ career paths. As Adam falls deeper and deeper into the beefcake rabbit hole, it becomes evident that Mike has grown weary of the superficial lifestyle and seeks an existence with more substance. This need for change becomes more pressing as he meets and falls for Adam’s sister (Cody Horn), a girl who is less-than-fond of her younger brother’s newfound occupation. Getting out of the stripping game is easier said than done, apparently, and the viewer is left with a compelling scenario where one character struggles to escape the life he’s built around himself while his protégé immerses himself in that life completely. As the director, Soderbergh does a pretty good job of making a film that looks “big budget” while maintaining a bit of an independent feel. He also got great performances out of the actors, particularly relative newcomers Pettyfer and Horn. That being said, one of the pleasant surprises of the movie for me was the acting of Channing Tatum. This makes perfect sense, given that the movie is partly based, on Tatum’s experiences as a stripper himself. “I was 18 years old and I worked, like, three jobs and [stripping] was one of them,” Tatum said of his stripper past at a press conference for the film. “I really enjoyed performing and it was probably my first ‘performing’ job. I really like to dance, obviously, but I really didn’t love taking my clothes off at the end. But the world, in itself, was just a very dark world, in a way.”

Indeed, while most people would likely characterize the film as a dramedy (or comedrama, which apparently is a word that some people use), the film has a definite bias towards the dramatic. In fact, the film has a lot less of the lighthearted goofiness you would expect from Matthew McConaughey dancing around in a thong and has a lot more of the “dark world” that Tatum described. This is neither a negative nor a positive for the film, but it’s definitely worth noting before you get into it that Magic Mike is not necessarily as carefree as all the banana hammocks would have you believe.

Magic Mike is a more than decent film, though it’s not without its flaws. For starters, if you’re the kind of person who enjoys looking back at a movie and saying “Ok. That all made sense and everything worked out,” this may not be the film for you, as there are a lot of loose ends left hanging around by the time the credits roll. You also get a sense that the film is not being completely truthful and is not showing you everything that is going on in these characters’ lives. “I don’t think we even really scratched the surface of how dark [being a stripper] can get and how slippery of a slope it can actually be,” Tatum explained. “This was probably the most palatable version of this movie [we could have made], otherwise, you wouldn’t want to see it twice.” Admirable as that may be, the movie may leave you yearning for something grittier.

Check out some random Blurbs from the Magic Mike LA press conference:

“As you can imagine, it was a very personal process. I know what I like and it didn’t take long at all.”

-Steven Soderbergh on the process of selecting thongs for the film “Now that people are starting to see the film, I think there might have been a concern for men who were having to see the film, that really, the movie was so driven toward a female audience that there would be nothing in it for [men] to latch onto… But in fact, some of the issues that the male characters are going through are issues that all men go through.”

-Steven Soderbergh on the film’s appeal to a male audience

“I think if you’re a smart, single guy, you’re going to go see this on a Friday or a Saturday night, because guess who’s going to be in the theatre? And if you’re really smart, you’ll wear a fireman’s outfit. You just might go home with a few numbers.”

“I just can’t believe we’re having a press conference for a stripper movie.”

Special thanks to Clayton G. for his help with this write-up. 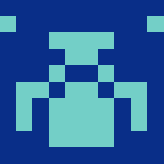