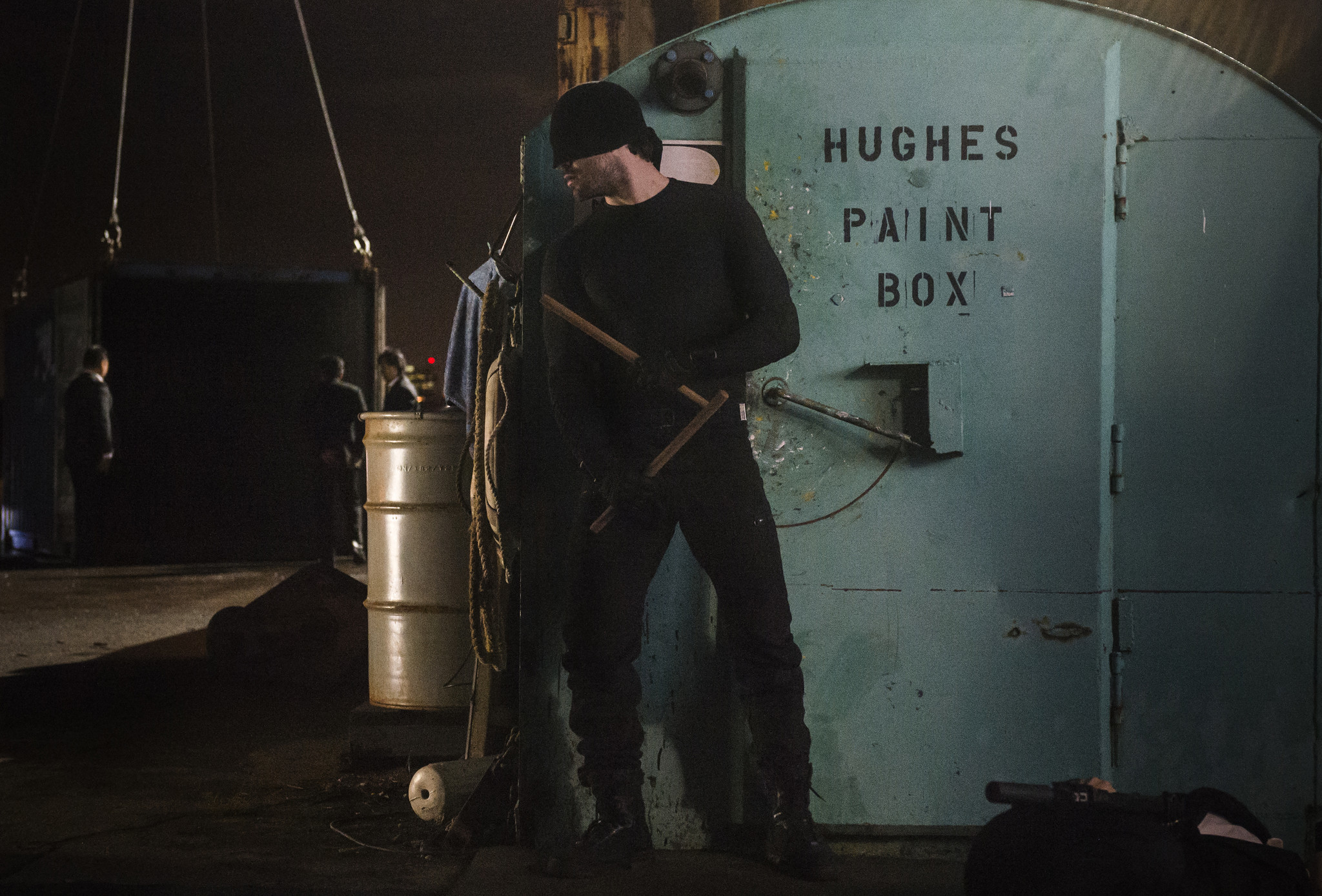 Flashbacks in superhero origin stories hold less impact now than they did in Christopher Nolan’s Batman Begins or Sam Raimi’s Spider-Man.There’s a big sense of “been there, done that” which makes the seemingly onslaught of reboots all the more eye roll worthy because we’ve already seen many of these characters become the superhero. Now we want to see what comes after. This is one of the many reasons that Netflix has been such a breath of fresh air because by the time we meet Matt Murdock he’s already on the streets fighting crime, he even has a mask. We get brief interludes in episodes one and two about his past and his father but that’s more to build up the character of Matt rather than implement motives as to why Matt became a vigilante. Most of his lessons that he took from his father was his unshakeable nature and his ability to stand his ground while being pummeled.

All of this is a long winded way of saying that the flashbacks that take play in episode seven “Stick” which reintroduces to us to Matt when he was a child, reeling from his father’s death and dealing with his senses being set on overload, seems earned. We’ve been given such brief hints about who Matt was a child and who he turned into that by the time we learn more we’ve been anticipating it. He can no longer see but with the absence of sight his other senses have been dialed to ten and that’s where Stick comes in.

Stick finds Matt and is there to guide him, employing a militant style relationship with Matt training to be his soldier. First he has Matt hone his ability to listen to and detect the details of those around him. Next he’s training him in hand to hand combat and we learn that Matt’s training began young. Too young it would seem because Matt can’t help but grow attached to the old man, seeing him almost as a surrogate father in his owns absence. In a display of affection and gratitude Matt gifts him with a small memento of the first day they met and Stick ups and leaves him, seeing it as a sign of weakness.

Now, many years later Stick finds him again, a little worse for wear. In the best delivery of the night by Charlie Cox, Matt tells him that now he know’s he’s a dick and won’t be fooled into believing every word he’s told. Stick isn’t there for pleasantries though although he does make sure to critique Matt’s home and relationships. He says that to do what he does he can’t be tied down to anything or anyone and needs to cut those closest to him loose. Stick’s main priority is to enlist Matt’s help in stopping something called “Black Sky” from entering the city, claiming that it could wreak havoc on the city.

Matt agrees but doesn’t want to so readily be his soldier again and makes sure that Stick knows there will be no killing if he’s involved. Stick agrees and gives him his billy clubs (fan girl scream) to help him with his fighting which Matt accepts begrudgingly.

So much of this brief conversation informs Matt’s characterization. The soldier aspect plays into the simplistic outfit he wears when he goes out and fights and his style of fighting and how he uses his senses and nothing else to let him know who he’s up against.

They had to the pier to track down their target.

Has anyone else noted that Matt’s fighting style is decidedly feline? Or maybe it was simply is one jump into screen that made me feel that way but either way I find it hilarious and I’m sticking to it. Much of the dock action sequence was a lot of fun because director Brad Turner used a lot of visual sight gags to up the enjoyment and “fun” level. Matt is the protege, sidekick role in this adventure, pulling gunmen out of the line of sight  or pushing them into the water below them to distract so that Stick can take out whoever the target is in the van.

The fun immediately sobers when the van is open and “Black Sky” turns out to be a child. This brings Matt to a halt and he quickly works on sabotaging Stick’s attempt to kill the child. The child is whisked away by his handlers and their mission.\

This gives way to a heated conversation back at Matt’s apartment when the two have it out. Stick tells him that Matt didn’t do enough to save the child and Stick ended up tracking the van and killing him a few blocks over.

This doesn’t sit well with Matt and he lashes out at his former mentor.

The fight scene between Stick and Matt is more than simply it’s base line action set up-it’s more of an emotional brawl than anything else. Matt’s a little sloppy and less restrained as he unleashes on his prior mentor. Before we’d seen Stick handle Matt deftly, still knowing how to prod and how to foil his attacks. However, this isn’t the calm and collected Matt we’ve grown to know but one that is bitter and resentful and full of rage at the idea that not only did Stick kill a child but that he did so even after giving Matt his word. The fight is destructive with neither one of them holding back any of their aggression, Matt’s apartment taking a beating in the process.

The ending is triumphant, but only for a moment when Matt gets the best of Stick. Stick leaves, wishing him the best, with Matt’s home in shambles. While cleaning up after the fight Matt comes across the ice cream wrapper bracelet he’d made for Stick as a child, the gift that had seemingly turned him away. He sits in his dark apartment, beaten and sore from the fight and stock still, emotional about the figure he’d craved in his life walking away so easily, only to leave a sliver of doubt as a memento. Stick cares, that much is clear by the episode’s end, but he didn’t show it when it would have meant the world to Matt.

In Foggy and Karen world they’ve managed to worm their way more into the main storyline with Foggy in the know of Karen wanting to bring Fisk to justice. Foggy however is only in the know because he was following her to make sure she was safe.

Which you know, cool story bro, still sketchy as hell.

However it does work in tying together Fisk as the main big bad and the idea that it’s going to take more than just Matt to bring him to justice.

Another fantastic episode and one that feels almost like a mini movie rather than anything purely episodic. We still know surprisingly little about Matt’s past but him as a character is growing all the more clear.

Side note: I’m knowledgeable enough in comic book lore but I don’t know who Stick was talking to at the end of the episode and it has to be a huge easter egg. Let me know in the comments!