Billowing sand, gorgeous line art, and ethereal music are features that are hard to find in games in 2021, but in the upcoming indie game Sable, these features combine to create an experience that is both familiar and entirely new. Reminiscent of your favorite exploration games, Sable is a puzzle adventure game with refreshing mechanics and a unique story that has players recalling the beloved Legend of Zelda: Breath of the Wild for Nintendo Switch, but unlike its other clones in the industry, Sable stands apart from the rest through its artistic vision and its determination for calm, puzzle-based gameplay. The art style is best articulated as influenced by the serene landscapes of Studio Ghibli and the light tonality of the works by comic artist Jean “Moebius” Giraud (Blueberry, Incal). If you haven’t stumbled across one of the stunning gifs showing off this game yet, allow me to introduce you to one of the most promising indie games releasing in 2021.

Shedworks is the development team behind Sable and its publisher is Raw Fury, publisher to the recent indie darling Backbone. Sable first garnered attention since its first premiere at E3 in 2018 and has gained momentum in interest following its latest feature at this year’s conference in 2021. It’s easy to see the appeal to Sable from its trailer. This game has a cel-shaded style that is visually striking and a soundtrack, dreamed up by the rising indie artist Japanese Breakfast, that would lull just about anyone into idling hours away on quests.

A demo of this game was recently released for the Steam Next Festival between June 15th and June 25th. Despite the customary bugs that are always present in such demos, this promising indie shows clear potential in achieving its massive goals. In Sable, the artificial stressors of game combat systems are not present. Instead, the player is free to roam around this open world and discover things at their own pace. This is a welcome change as the majority of games still rely on violence to engage players. In lieu of those stress-inducing traditions, Sable allows its players to sink into puzzles and open-ended exploration.

After reading this game description the term Zelda-like might be coming to mind. And you wouldn’t be wrong to draw this comparison, many streamers couldn’t help but remark on this game’s similarities to Breath of the Wild upon playing the demo. And while it is extremely flattering to be compared to one of the best games of 2017, Sable is a title that brims with promise and could set a new precedent for games with open-world exploration.

Based on its demo Sable seems like a game that revolves around exploration and item acquisition. In the approximately hour-long demo, you complete a variety of fetch-quests. What makes these mundane missions worth the effort is the pure joy of exploration and the beauty of the world that lies ahead.

One of the things that this indie game lacks is adrenaline-inducing encounters with enemies. However, combat systems and harsh consequences can detract from the player’s eagerness to explore an open-world game. I’m sure many who played the latest installment of the Zelda franchise were deterred by overpowered Lynels when feeling out new areas, or even the threat of a game over screen if they fell from a great height. In Sable, there are no such deterrents. There is no fall damage. No limitations that keep you from exploring an interesting feature on the horizon. Only the gentle realization that your stamina is not yet great enough to reach the top of the mountain you find yourself on.

One of the primary features that sets Sable apart from others in its genre is its titular character. Our young protagonist is on a pilgrimage to prove herself to her fellow villages and there isn’t a hapless princess to be found: only a capable girl full of determination that any player would be eager to pilot. While she made not wield a sword and shield, Sable‘s gliding ability is smooth enough to make player’s drift for hours on end. The demo stops short of equipping players with a new vehicle, but it seems clear that getting around this map will aim to be a frictionless experience. The game’s map marking system makes it easy to keep one’s goals in sight. The progression system in Sable is built off exploration and badges, not violent encounters.

Based on its demo, Sable seems like an experience centered around nurturing relationships and investigating one’s surroundings. Quirky quests to unique monuments seem plentiful, the demo of this game stops just when the promise of this new world is about to be realized. While Sable bears some of the hallmarks of Zelda games, the emotional tone that its demo sets are entirely it’s own.

The full game is set to release on September 23rd, 2021 for Steam, MacOS, and Xbox Game Pass for PC and Xbox Series X/S. 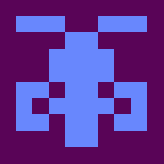 0 0 0
Previous ArticleSadie Sink gets up to some 'stranger things' in this trailer for Netflix's 'Fear Street Part 2: 1978'
Next Article‘Out of Character’ review: Annabeth Albert expands ‘True Colors’ universe with ex-friends to lovers sequel