We are excited to host author Jenna Guillaume, celebrate the release of her new book, You Were Made for Me, and give you the chance to win one of 10 hardcover copies! Inspired by Weird Science, Guillaume shares a movie list of her favorite romantic comedies.

Teen rom-coms have always been my fave genre—since before I was even a teen myself. I grew up watching them at sleepovers long before I was old enough to understand what was happening on screen. My love for the genre has stayed with me, and I’m now lucky enough to get to write them myself. But I still adore reading and watching them. Here are some of my all-time faves teen rom-com movies…

This is real old school—from 1959. It stars Sandra Dee as a girl who picks up surfing at a time when it was very much a boys’ club. At first, the boys make fun of her, but after a while they accept her and even admire her. There’s a romance, but what I love is Gidget’s plucky and determined personality—not to mention the 50s style. Some aspects of it have not aged well, but I still enjoy watching it.

There are a lot of 80s teen movies I have a soft spot for, but many have become harder to watch as an adult. There are so many terrible aspects to them—the race and gender dynamics are particularly fraught. But Pretty in Pink is one that has mostly stood the test of time. I enjoy the exploration of the class divide in the main romance between rich boy Blaine and poor girl Andie—but the best part is second lead Duckie’s iconic lip-syncing scene.

You can’t go wrong with a story based on Jane Austen (in fact, I’m currently in the progress of writing a modern Austen adaptation myself!). Amy Heckerling’s update of Austen’s Emma is clever, quotable, funny, stylish, unique, and, of course, utterly swoon-worthy. This movie represents the best of 90s teen movies—and, indeed, teen movies in general.

Another rich boy/poor girl story (I guess I like those more than I realized?!), this time with a makeover!  The concept can be fraught—and the movie does employ the extremely bad “remove your glasses and become hot” trope—but I do like the way the main characters are two opposites who grow and learn as they get to know each other. It also has an excellent choreographed school dance scene.

10 Things I Hate About You

10 Things is up there with Clueless—and possibly just surpasses it—as the best teen movie of all time. It’s certainly the best Shakespeare adaptation of all time (don’t @ me). Heath Ledger gets to play a dreamy character with his own Aussie accent and oh boy did I have a crush on him as a teen. I love the sister dynamic between Kat and Bianca, and Kat herself is a feminist icon. Plus, I’m still dreaming of a paintball date exactly like the one in this movie.

This British 00s rom-com is hilarious and delightful. Georgia is such a strong main character, and all the second-hand embarrassment her hijinks cause is excruciating in the best possible way. Her obsession with boys and the lengths she’ll go to in order to get close to her crush were definitely big inspirations for me in writing You Were Made for Me. The soundtrack is also one of my faves.

Love, Simon feels like a John Hughes movie from the 80s, but with a very modern sensibility and inclusive cast of characters. The story, about a closeted gay teen who begins an anonymous email correspondence with another closeted guy at his school, is moving and warm. And the romance is wonderful—I’ll never forget the squeals in the cinema during the ferris wheel scene.

To All the Boys I’ve Loved Before

I have actually lost count of the number of times I’ve re-watched To All The Boys I’ve Loved Before. It’s one of my ultimate comfort movie—cozy and sweet. Lara Jean is a fantastic heroine, played beautifully by Lana Condor, and Noah Centineo’s Peter Kavinsky is one of the best YA heroes of all time. I can never resist a fake dating plot, and this one is just so fun.

“Plenty of early 2000s rom-com vibes and lighthearted mishaps… Guillaume’s cinematic story weaves together beloved romantic comedy tropes touched with magic—or is it science?—and drops them into a fresh, contemporary setting. Despite the playful tone, this isn’t without nuance, taking on serious topics such as male body image, friendship, and asexuality.” —Booklist

YA author Jenna Guillaume is back with a fun and modern feminist twist on the 1985 pop cult film Weird Science.

Sixteen-year-old Katie Camilleri can’t believe she’s accidentally created a teenage boy. A boy six-feet tall with floppy hair and eyes like the sky on a clear summer’s day. A boy whose lips taste like cookie dough and whose skin smells like springtime. A boy completely devoted to Katie. But silly musings and kitchen antics with her best friend, Libby, have definitely taken a whimsical twist into something bigger than Katie could have ever daydreamed. Turns out the consequences of fumbling a human being into existence are rather complicated. More importantly, does Guy, the golden Adonis Katie’s created, like her because he wants to, or because he has to? And will he be Katie’s very first kiss?

From the author of What I Like About Me comes a hilarious feminist twist on a classic narrative, loaded with laughs, mishaps, and plenty of 80s and 90s pop-culture callbacks. Jenna Guillaume’s entertaining romantic comedy novel features a humorous and relatable voice and will appeal to fans of Jenny Han.

About the Author: Jenna Guillaume was the editor-at-large for BuzzFeed Australia, where she wrote about very important things like pop culture, identity, feminism, social media, and Chris Hemsworth’s biceps. Previously, she spent more than half a decade in the features department of Girlfriend magazine, editing the sealed section (yes, all those questions are real), and writing about everything from bullying and body image to bad kisses and boy bands. She was also a contributor to Girlfriend Life Hacks, an essential guide to navigating a girl’s completely-awkward-but-totally-awesome teen years. 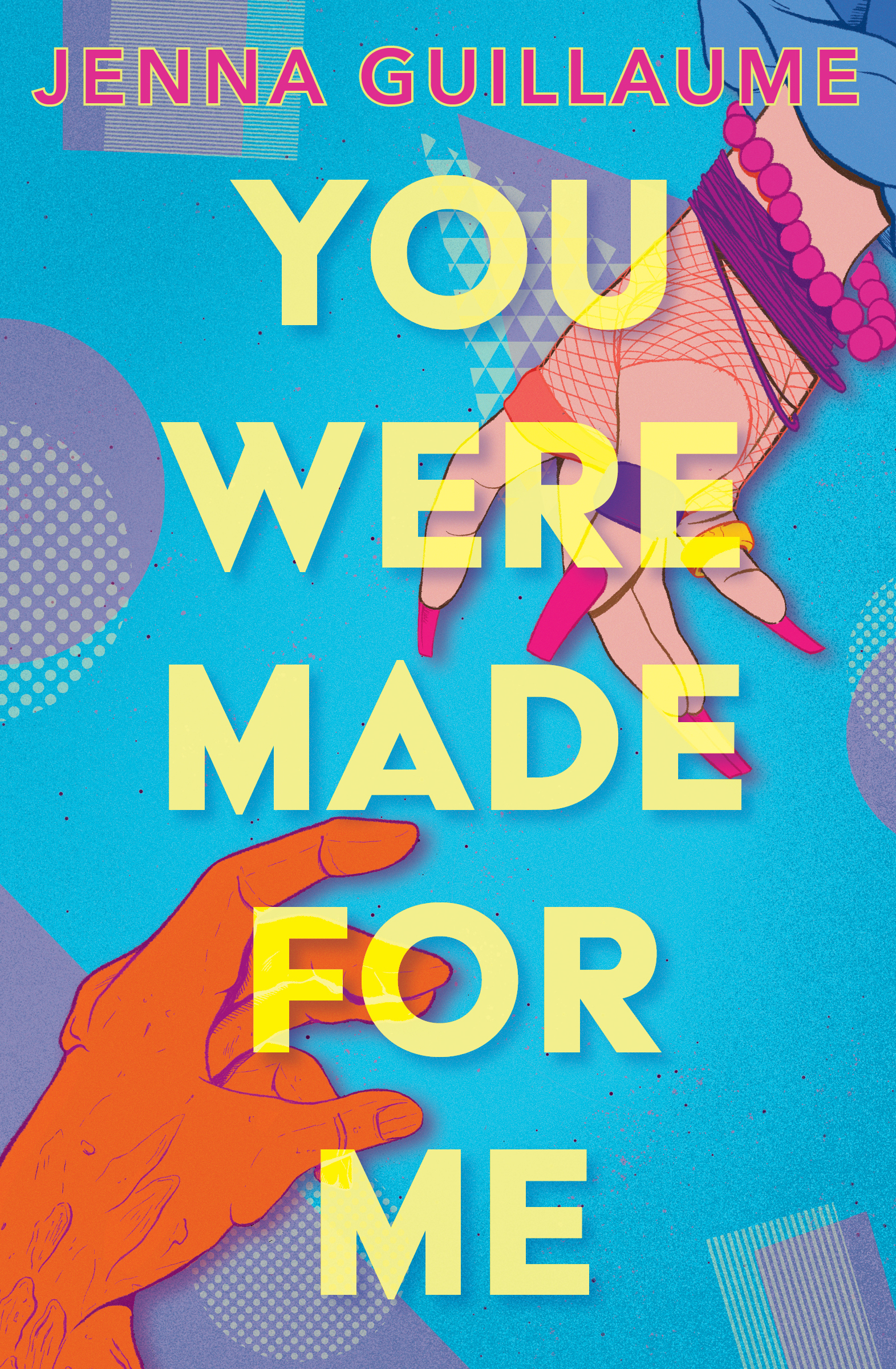