Let’s be honest, we all have a little bit of a crush on Robert Downey Jr. Sure, he ventures into the man-child territory from time to time and sure, he’s been contracted to one character for far too long, but whether it’s the man himself or his alter ego, Tony Stark, there’s just something that makes us watch him.

So, with the much awaited Iron Man 3 premiering next Friday, I thought what better time to dust off some DVDs and go back to recount Robert Downey Jr.’s best, or most memorable performances.

Starring a stellar cast including Michael Douglas, pre-Spider Man 3 Tobey Maguire and Frances McDormand, the movie focuses on an English professor who has to deal with his wife leaving him, a student who isn’t just a pathological liar but also supremely talented and an affair that’s lead to an unexpected pregnancy. Along the way, his eager editor comes by, Terry, who pressures him to finish his book, and his interest romantic interest in Maguire’s character only manages to elevate Douglas’s characters pre-existing anxiety. It isn’t Downey’s most exciting role, but he’s effortlessly watchable and shares an interesting dynamic with both Douglas and Maguire, only managing to elevate the energy on screen with whomever he’s acting with. 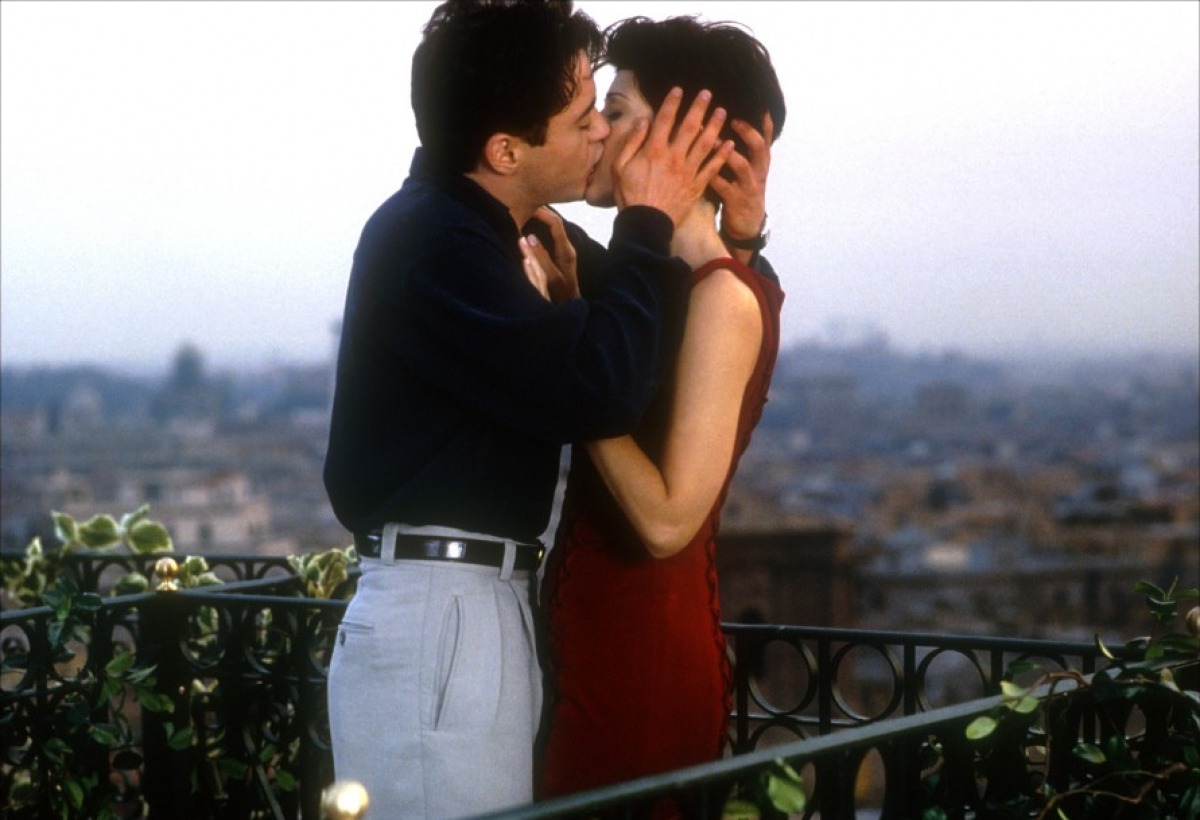 Starring the lovable Marisa Tomei, this is a love story in its most simplest forms and one of my own personal favorite romantic comedies: it’s about destiny. Faith (Tomei) learned the name of her soul mate when she was a little girl while playing with an Ouija board and ever since has been searching for the man whom she believes she’ll spend the rest of her life with. The night before her wedding she receives a call who has a link with her soul mate’s name and takes off to Rome to find him. And she finds Peter, played by Downey. His Peter is every bit as charming as Tomei’s and makes one wonder why more romantic films aren’t in his repertoire. Their chemistry in palpable and watching them on screen is as close to a classic romance that we’ve gotten. I’ll be honest, I’m still not quite sure how PC this role was, but it’s undeniable that Downey absolutely stole the show out from everyone’s feet as the Australian actor, playing a black man playing a character. It’s ridiculous. He’s hilarious and possibly the most outlandish we’ve ever seen him, and there’s a reason why he was nominated for an Oscar that year for that performance. For a good four year chunk between 2003 and 2007, Robert Downey Jr. was making some of the most interesting acting choices of his career as he still battled to be trusted by a big name studio and one of those many performances was as journalist Paul Avery during the Zodiac murders. The film focuses on a San Francisco journalist who becomes an amateur detective trying to discover the true identity of the Zodiac. But one of the most memorable characters is Avery, mostly due to the fact that he disappears around the halfway point, and you miss him once he does. It’s Downey’s signature brand of humor but calmed down and more jaded, allowing for Avery’s downward spiral to be all the more believable.

A boy who grew up in Astoria New York in the 1980’s remembers his childhood after publishing his first book. He remembers old girlfriends, old best friends and most importantly his father who molded him into the man he is today and reflects on their outcomes and how he managed to miraculously escape almost unscathed. It’s about love and loss and life and death and the people who you meet and remember and forget. It’s about fathers and sons and the life you lead behind. While Downey isn’t the lead character-that would go to Shia LeBeouf’s take on the young version of Dito- this is one of his most fascinating. There are no usual Downey tics, no humor no smarmy-charm, but instead the quietest and most retrospective we’ve ever seen him. Also, the movie is just beautiful and worth the watch, whether Downey is the vehicle that gets you there or not.

An undercover cop in a not too distant future becomes involved with a dangerous new drug and begins to lose his own identity. Oh, and it’s all done in rotoscoping animation (check it out if you haven’t). Robert Downey Jr. plays the friend Barns who has his own neurosis’s and agendas, and watching Downey play a wildly unlikeable character-or at least a character with bad intentions-is exciting and fun and reminds us all who’ve watched his run as Tony Stark that his acting range goes far and beyond the superhero. 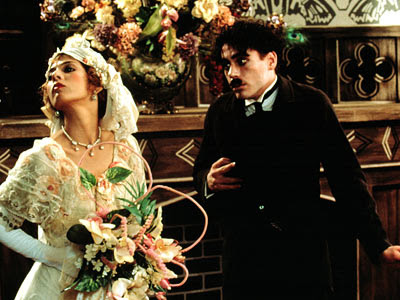 Documenting the virtuoso silent actor’s life, this film is given its joy and its quality because of a younger Downey’s performance as the little Tramp himself, embodying a persona that seems damn near impossible nowadays. Downey had his height, his stature, his looks and his natural charm and allowed bravado to seep into a daunting acting task. The movie drags, but whenever Downey dons the Tramp get up and inherits his gait and way of movement and pratfalls, it’s eerily similar. I can’t think of an actor today who could do what Downey did, and he deservedly won an Oscar nomination and unfairly lost out for the win. This is very likely the performance that deserves the most accolades for the scale and scope of the role.

Third?! Blasphemy! I know, I know, Tony Stark is the character that launched him back into the good graces of the Hollywood public and is probably the role he plays most seamlessly (and god, do I enjoy some Stark), but there are two others that beat him in my eye. Despite the first two films with him playing the larger than life persona, it wasn’t until last summer’s smash hit that I truly fell for the character. He possessed the same wit, the same laugh out loud humor and was still a charming entity to be reckoned with, but The Avengers humanized and grounded him in a way we’ve yet to see before as Stark, which allowed Downey even a wider range of emotions to play with-especially when allowed to interact with the other acting sources onscreen.

Fresh faced and broken, this is the role that put Robert Downey Jr. on the map. A college freshman returns home to L.A. for the holidays after some urging from an ex-girlfriend. However, once home he realizes his ex-best friend has fallen into a deep and dark circle of drugs and is barely managing to hold himself afloat. That friend is Julian played heartbreakingly by Downey. While the movie has a list of issues I could dive into, it isn’t without its lasting effect-I was thinking about particular scenes for days after-and the desensitized vibe along with Downey’s performance cling to you like the addiction Julian couldn’t shake. Watch for him and maybe take something away from it. This along with Chaplin are the most daring roles Downey has ever taken, and they showcase such talent that prove why people were calling him one of the best of his generation. This was Shane Black and Robert Downey Jr.’s first encounter, and boy, are we all glad because of what a powerful duo they are. One of the most underrated films of the last decade, Kiss Kiss Bang Bang embraced Downey’s signature humor, put it work, and rather than relying on his cool factor, made Harry Lockhart a bit of a loser. He isn’t the brightest action hero to ever grace our screens, and it’s Val Kilmer’s Gay Perry that does most of the work, but Lockhart for his dimwit is all the more interesting because of it. Also, it’s what studio heads take notice as Downey being a suitable Tony Stark. It’s the funniest Robert Downey Jr.’s ever been, and it’s THE role you should watch before seeing Iron Man 3 next week.