Macbeth has been cast! Michael Fassbender is signed on for a new retelling of the Shakespeare classic directed by Justin Kurzel, and now, if word of mouth can be relied on, Natalie Portman may be in talks to play the Lady Macbeth herself–as many might know, the better half of the destructive duo.

As much as I enjoy Portman in many a role, it’s too soon after Black Swan for her to be getting her crazy on again. Lady Macbeth is the main head behind the business that goes on, and her casting, more so than the man himself, is crucial to the overall success of the this film. Especially considering  that most audiences already know the ending to said film.

So, here are my dream top ten contenders who I think should play the character.

Honestly? She just looks the part. She has a large wealth of talent and can go from comedy to drama with ease, and she deserves another role to bite her teeth into after the success of The Wrestler and Crazy Stupid Love.

It may be too soon after Stoker for Kidman to play such an icy and untouchable character, but if she didn’t cross the casting directors’ minds, they’re fools. Kidman excels at presenting a cold exterior and her going head-to-head with Fassbender could almost be too much presence.

What’s the last really good film she’s been in? See, no one remembers. Gyllenhaal has the range, she has the looks and she has the talent. It’s only a matter of time before a casting agent remembers her and calls upon her. And what better way could she climb up than with Lady Macbeth? She’s never been afraid of daring roles (Secretary, Stranger than Fiction), and this would fit right into the characters she enjoys playing.

Charlie’s Angels, Kill Bill, this woman excels at playing the ultimate badass! Her and Fassbender would create a fantastically powerful dynamic, and there’s a reason why I thought she’d play a better Sherlock than Watson: she knows how to close off her emotions on her face and portray thoughts with the utmost subtleties. Lady Macbeth needs to be a careful balance and pushed too far in either way–be it unhinged or too calm–could create a caricature. Liu knows how to strike that perfect balance. 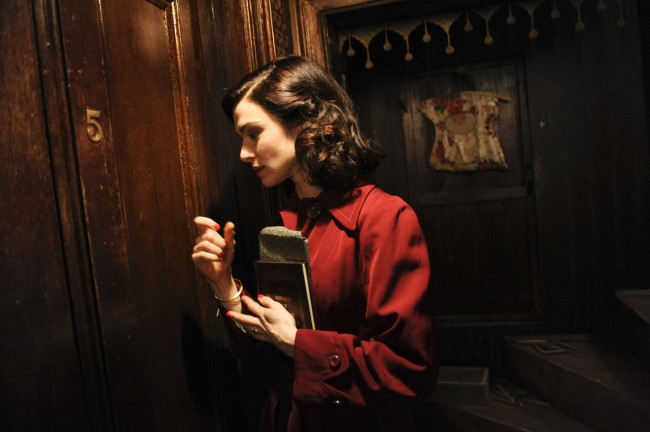 After Deep Blue Sea, I’m convinced this woman could play anyone. However, bias aside, she’s also a hugely talented actress who rarely gets the attention she deserves, and Lady Macbeth could catapult her into a spotlight. She knows how to play hysteria, and her and the washing the blood of her hands scene could create a heartbreaking moment for a generally unlikable character. It’s all about nuance.

Hello, yet another actress who doesn’t get the amount of attention she deserves! She often times plays the sidekick, the love interest or goes to the independent film world. This is an intimidating actress and placed against her, it would understandable why Fassbender’s Macbeth would bend to her will.

Unlike what I said above with Weisz, Blanchett actually can play anyone and everyone with stunning perfection. And I’m not biased. She’s played an elf, a broken school teacher, Queen Elizabeth and Bob Dylan, all of which were impressive in their complexity and depth. With Lady Macbeth, she would be domineering, seductive and harrowing, and who doesn’t want her back on our screens?

Something about Rebecca Hall just speaks to playing the darker characters. She’s quick witted with a dry way of speaking her lines and would be a wonderful pick for the character. She’s done period roles, she’s done roles of the jilted wife, and she’s always captivating. Coming off of Iron Man 3, she’s going to need another venture into the classics.

Look at her character as Mama in Dredd, then look at her character as Cersei in Game of Thrones, and tell me she wouldn’t be absolutely killer in this role. She’s dynamic, she’s terrifying when need be, and she has this quiet domineering grace that fits perfectly with the character. She’s always laughing at her own private jokes, plotting her next trick as Cersei, and as Mama is a force to be reckoned with. She’s absurdly talented and even looks the part. However:

She was born to play this part: she’s a femme fatale straight out a film noir of the thirties; she’s effortlessly played vindictive and looks as if she stepped straight out of the original play itself. She’s been wonderful in a number of films, but as Lady Macbeth she could steal the show right from under Fassbender’s feet. She’s compelling, she’s powerful and she should be her!