Top Ten: Farewell Ponds, Doctor Who Won’t be the Same

They’ve been with us for a while. The Mr. and Mrs. Ponds have essentially been with us since day one of Elevens run. Karen Gillan and Arthur Darvill have brought great lovable charm to their portrayals of the Pond duo, bringing heart to Matt Smiths Doctor. Tomorrow night however, we have to face the goodbye that’s been inevitable. We’ve known it was coming, we’ve known that it’s necessary for the show to progress and grow, but we’ve also been assured that tomorrows sendoff may induce some woeful emotions. As a lover of Doctor Who and as a lover of the Ponds, here’s my list of ten of the Ponds best moments on the show- granted, this is opinion based and I’m sure there’s plenty more, but these are the ones that stick in my mind, and maybe will stick in yours.

10. Rory is Shot Saving the Doctor: and we care. Up until this point Rory had been more or less a tag along and had subtly placed himself into our hearts. He was the sweet soul who unlike companions before him, didn’t idolize the Doctor, isn’t instantly wowed by

him, and recognizes his faults. Rory was sweet and he sacrificed himself for an individual whom he had only recently met. Also, there was this heartbreaking sentence from the Doctor to Amy “It’s going to be hard but you can remember him. Tell me about Rory, huh? Fantastic Rory. Funny Rory. Gorgeous Rory.”

9. The Wedding of the Ponds: This would be higher, but the Doctor hijacked it. We had waited thirteen episodes for their marriage after the night Amy ran away, and finally, after multiple deaths, a two thousand year wait, aliens and other planets, the marriage is finally in place. It’s gratifying, and more so when the two fresh newlyweds, still in suit and gown, jumped right back into the TARDIS for yet another adventure.

8. The First Goodbye: At the end of the episode “The God Complex” we saw the Doctor dropping off the Ponds at another blue box, a house this time, with Rorys dream car sitting outside. It’s one the first times he’s going to say goodbye. He’s bringing them to a place of peace, a place where they can sit still for a bit, after causing so much upheaval

in their lives. He gives Amy a long embrace and tells her he never wants to stand over her or Rorys graves, so he’s going to leave them in the real world for a while. And oh, what a beautiful send off this could have been.

7. Rory the Centurion Waits: Rory has turned into the soul of this show, Arthur Darvill showcasing some real emotional vulnerability and natural acting prowess, and this may be one of his characters finest moments. Set to the task to guard Amy,

the girl he loves, that he’s willing to wait for, he stands by the Pandorica for two thousand years, all to ensure her safety.

6. Amy Steps Into the TARDIS for the First Time: For many of us current viewers, our first Who experiences started with Matt Smith as the Eleventh Doctor. So, Amys first step into TARDIS was our first as well. You always remember your first you know, and this scene was 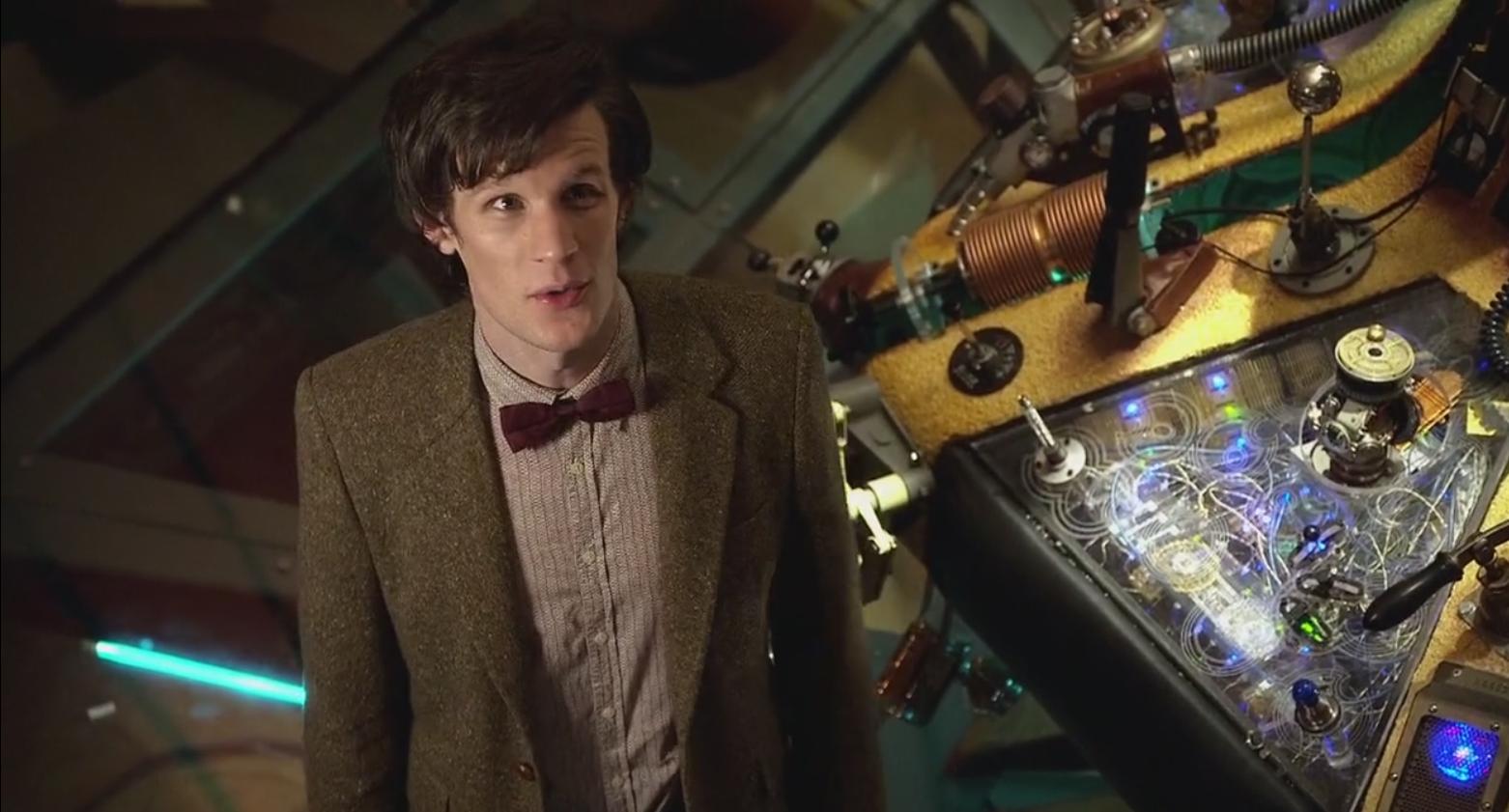 magical. The Doctor, decked out in his tweed and bowtie, picking up Amelia Pond to take her on a grand adventure. And as she steps inside and the music begins to build and swell, you understand why she keeps coming back. I mean, that scene alone hooked me right then and there.

5. Amys Choice: It appeared to many of us that Amy was torn between the two men in her life but the 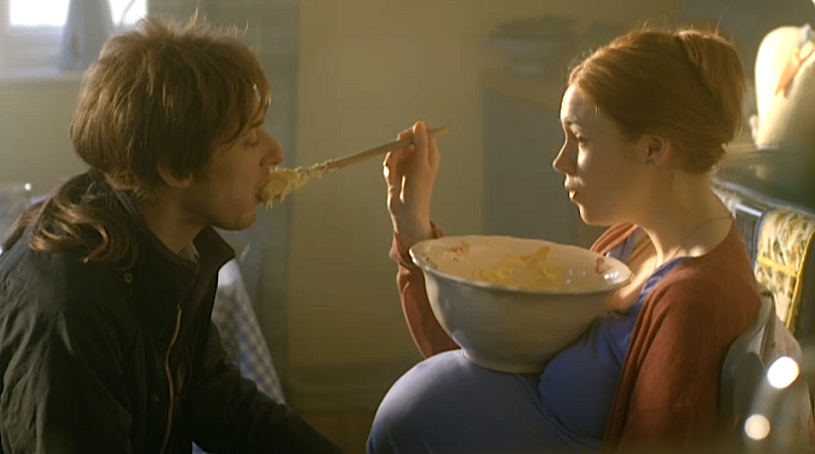 episode “Amys Choice” helped clear the issue up. While stuck in an alternate universe, placed there by the Dreamlord, Rory is killed… yes, again. (It’s a bad habit of his.) Amy, declaring that there is no life if Rory isn’t there to share it with her, takes the final step in proving that the alternate universe was false. I mean, he cut his ponytail off for her.

4. The Kiss: It’s quite self-explanatory and I doubt I need to say much about it to validate my point; two thousand years, forgotten memories, and true love. The pair are reunited after so much heartbreak and react in a way that’s to be expected, with a long overdue, passionate kiss.

3. “The Power of Three”: This season seven episode spent almost the entirety of its run time depicting the strong bond and familial like friendship between the trio of companions. They’re stupidly close, have traveled through time and space together, and the Ponds faces are the first his face ever saw. The best moment of the episode may have been while the three lounged together on a couch, dipping fish sticks into a bowl of custard. Heartstrings, yeah, they’ve just been pulled. An overly cutesy scene, yes, but very effective, especially considering the fact that this episode was the precursor for tomorrows “The Angels Take Manhattan”, which we all know what that means. On to a happier note…

2. Fish Sticks and Custard: “You’re not afraid of anything. Box falls out of the sky, man falls out of the box, he eats fish sticks and custard. And look at you, just sitting there”, The Doctor to little Amelia Pond on their first encounter. To date this is one of the series sweetest, simplest scenes. Here are two kindred spirits, both considered odd and put of place, and this is when their friendship is struck. This scene is grounded into the minds of those of whom who follow this show. It was before Amelia Pond was Amy, and before she got whisked away.

1. The Girl Who Waited : I’m not leaving this list on a particularly uplifting note, but it would be criminal not to include this episode, and this particular scene as one of the Ponds best. Amy got abandoned on a planet for a long time, decades, unbeknownst to Rory and the Doctor, at least in one version of the universe. In the other, young Amy is still around and trying to find her boys. Upon the discovery of the two, Rory is heartbroken that older Amy had to live her life without him, alone and scared. He wishes to take both versions back but the Doctor interjects, saying it will cause a paradox. Rory is devastated and Arthur Darvill and Karen Gillan kill this scene as they stand, separated by the TARDIS, and whisper broken encouragements. As the TARDIS flies off with Rory, lamenting his furthering shift into a time traveler, older Amy stands her ground, seeks out a vision of home, before sacrificing herself for our team’s safety. A very sad episode but poignant in terms of character development and understanding. Amy was always waiting for the Doctor, while Rory was always

looking out for Amy. Amy is strong, fearless and brash, while Rory is defiant against the Doctor, a realist, and protective. And the two love each other just like we as an audience love them. I can’t imagine what tomorrow, when we must bid farewell to the Ponds, will entail.

What has been your favorite moment? Are you going to miss the duo?